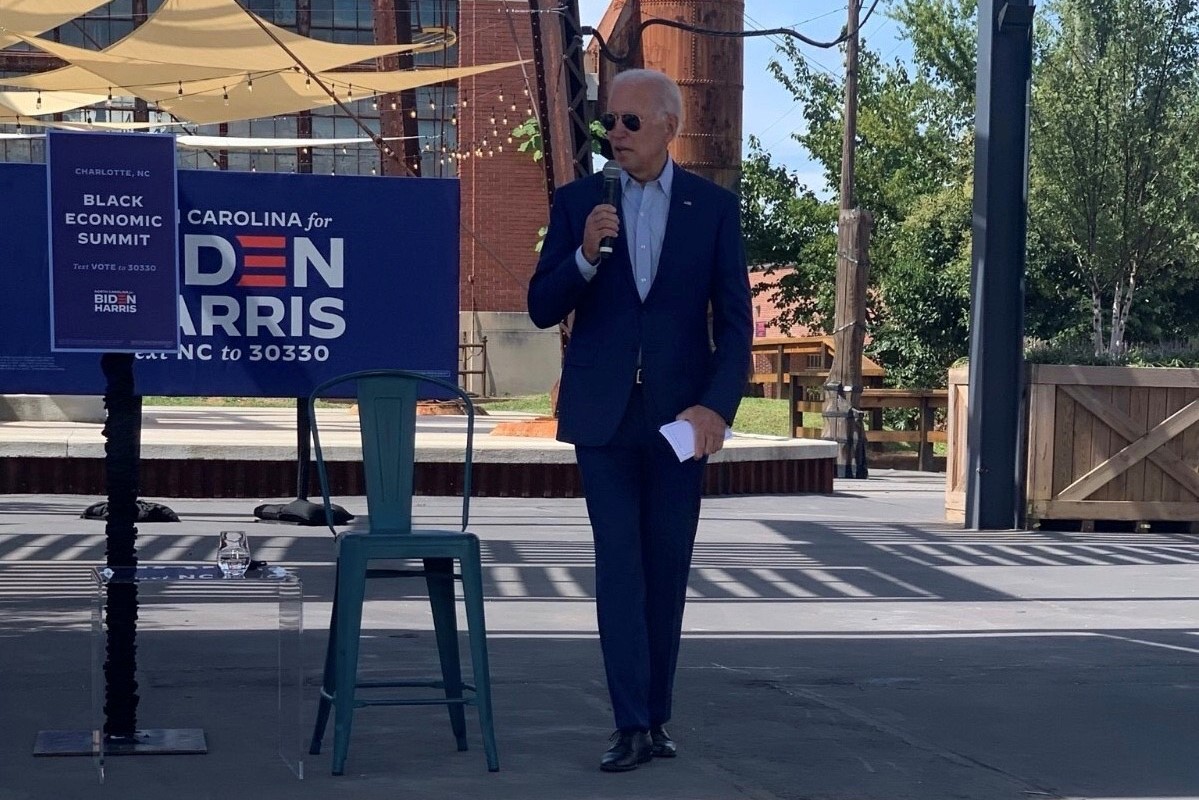 A recent survey of likely voters in North Carolina found Joe Biden with a four-point lead over President Donald Trump with less than a month to go before the Nov. 3 election.

The poll, conducted Oct. 2-4 and commissioned by researchers at East Carolina University, found Biden leading Trump 50% to 45%. The poll sampled 1,232 likely voters in the state and has a margin of error of plus-minus 3.2 percentage points.

Of those who said they intend to vote for either Trump or Biden, 5% said they were still undecided.

Why it matters: North Carolina, with its 15 electoral votes, has emerged in recent years as a battleground state for presidential candidates. As a sign of the state’s importance, both candidates (and their surrogates) have campaigned heavily in North Carolina. Four years ago, Trump edged out Democrat Hillary Clinton in North Carolina by 3.67 percentage points.

The latest poll was conducted days after the first presidential debate between Trump and Biden, held Sept. 29 in Cleveland, a televised event that may have swayed some voters, Peter Francia, director of the ECU Center for Survey Research, said in a statement.

“Although debates are rarely, if ever, a consequential factor in election outcomes, President Trump’s very aggressive style…may have backfired on him,” Francia said. “The coronavirus is also dominating news coverage again. As our polling results show, more North Carolina voters disapprove than approve of President Trump’s handling of the coronavirus outbreak.”

In the race to win North Carolina’s women voters, Biden held a double-digit lead, 54% to 42%, according to the ECU poll. Four years ago against Clinton, exit polls indicated that Trump won the state’s female vote 52% to 45%.

Among men, Trump leads Biden 52% to 46% in the latest poll, although this was down from four years ago when Trump held an 18-point advantage over Clinton, 56% to 38%.

The ECU poll began surveying voters on the same day that Trump announced that he and his wife, Melania Trump, had tested positive for Covid-19, which landed the president in Walter Reed National Military Medical Center.

As for Trump’s handling of the coronavirus pandemic, 45% of likely voters in North Carolina said they approve of how the president has managed the nation’s response, versus 52% who said they disapprove. Of those who indicated their approval, aproximately 96% said they intended to vote for Trump, versus 3% of those who disapproved.