5 things we learned about artificial intelligence at Discovery Place

Love it or hate it, artificial intelligence is changing the way we live and interact. This exhibit helps understand how and why. 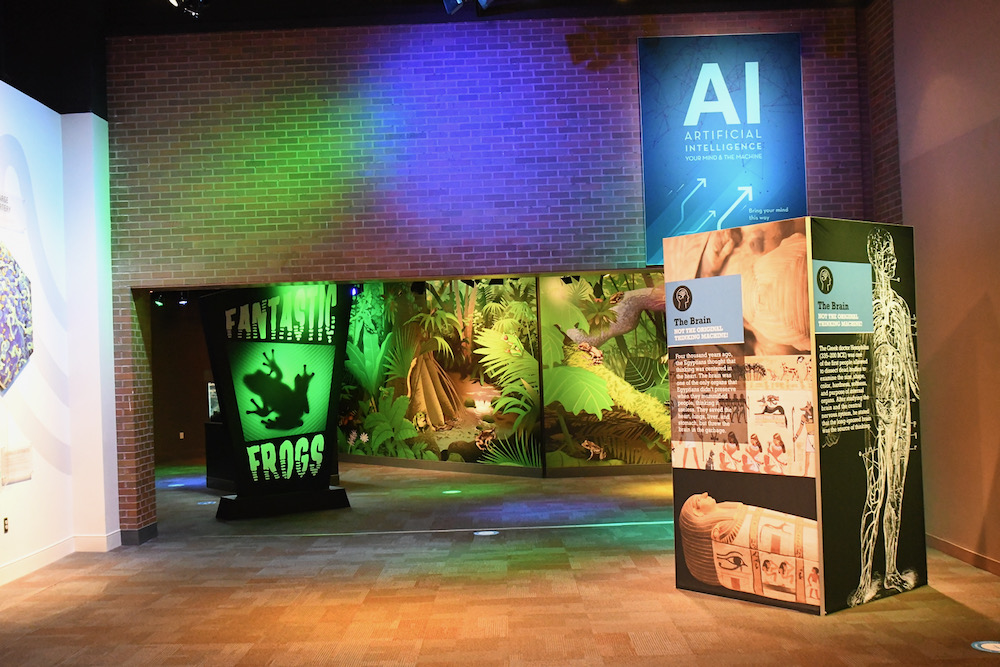 What comes to mind when you think of artificial intelligence?

Maybe you think of an evil cyborg created to kill and destroy? Or maybe a network of vast computers that threatens to steal your job.

Whatever your idea, the truth about artificial intelligence, or “AI” for short, is that it’s far more commonplace than you might imagine, says HP Newquist, a computer historian who developed the “Artificial Intelligence: Your Mind & The Machine” exhibit currently at Discovery Place Science.

Every time you buy a product on Amazon or watch a show on Netflix, AI is watching.

The exhibit, Newquist said, is meant to make artificial intelligence “real and relevant” to more to people.

Here are five things we learned while touring the exhibit:

In an industry dominated by men, women have played a central role in the development of AI.

From Mary Shell, the 19th century author who wrote the book “Frankenstein,” right up to this current day, women have envisioned machines that could “think” like humans…or at least appear to anyway.

You’ll learn about Fei-Fei Li, a Chinese-born scientist who was an early pioneer of artificial intelligence.

Fun fact: A woman named Ada Lovelace is considered by some to be the world’s first computer programmer…way back in the 1800s.

You know those cat pictures we love to hate on the internet? This exhibition tells you how they helped in the development of artificial intelligence.

That technology has now given way to facial-recognition software, which allows you to unlock your phone simply by looking into the screen.

Check out the photo above.

Can you tell which squares contain Chihuahuas and which show blueberry muffins? Can artificial intelligence tell the difference? The Discovery Place exhibit provides some surprising answers.

Cameras loaded with facial-recognition software are everywhere in China, and video footage in the Discovery Place exhibit takes you there.

But here in the U.S., a growing number of police departments are using that same technology to locate suspects.

Because so much is at stake, Newquist said, the tech companies that are developing new generations of AI must do more to recruit and train people of color, lest (even more) racial bias gets built into the systems.

The exhibit will help you see other reasons why that’s important.

Imagine the amount of artificial intelligence it takes to produce a self-driving car.

Someday that same technology may replace hundreds of thousands of long-haul truckers and other commercial drivers. And when that day arrives, Newquist said, countless other jobs that depend on human drivers also will be lost.

Is your job vulnerable to artificial intelligence?

The exhibit offers some clues.

When asked whether society is better off with or without artificial intelligence, Newquist was quick with his response.

Despite the challenges, artificial intelligence has made our lives better and safer, eliminating mundane tasks and freeing up more of our time for productive (and fun) activities, he said.

“It ultimately only takes a wrong turn when the wrong people use it,” he said.

Visit Discovery Place Science in Uptown to see for yourself.

The AI exhibit will be there through August 22. To keep visitors safe and socially distanced, reservations are required.

Reserve your spot
X
no thanks