When completed in fall 2022, Varick on 7th will include 105 apartment units -- nearly half of them income and rent controlled. 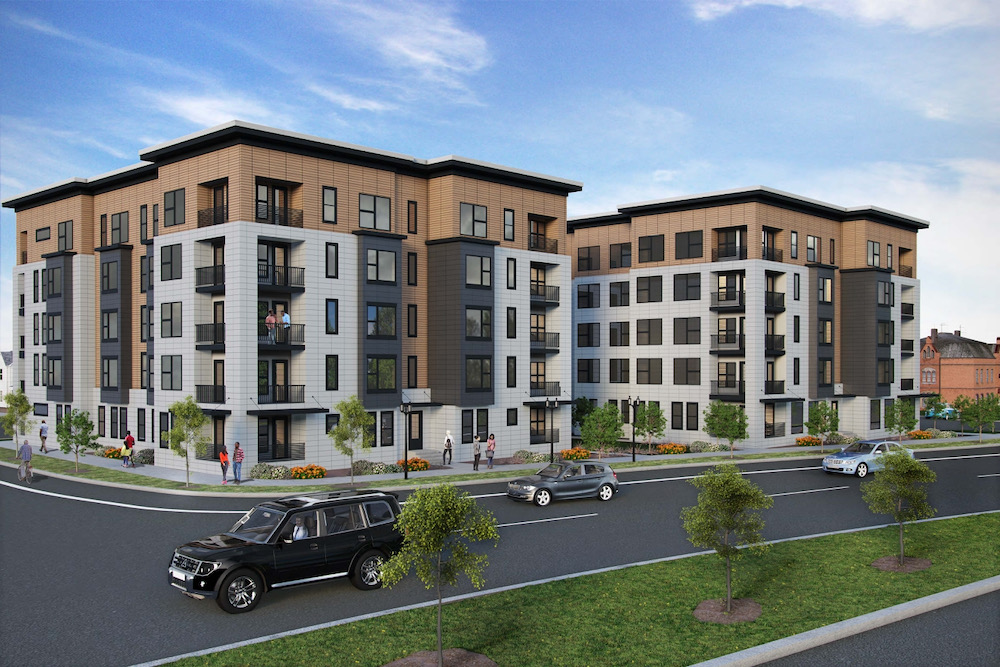 An architectural drawing of Varick on 7th.

“One of the most inclusive and diverse communities in Uptown Charlotte.”

That’s how a developer is describing Varick on 7th,  an apartment complex soon to rise on vacant land adjacent to the Little Rock Cultural Center.

The project is a collaboration between the developer (Laurel Street), the city of Charlotte, and the Little Rock Community Development Corp.

The entities involved in the collaboration all gathered for an official groundbreaking on Wednesday. Completion was announced for fall 2022.

Why it matters: Fifty of the development’s 105 units will be “rent and income restricted,” officials have said.

The groundbreaking comes as a coalition of local organizations, led by Charlotte Center City Partners, have pledged to develop a five-year plan that they hope will reduce homelessness and greatly diminish housing insecurity in the city.

Varick on 7th was named in recognition of James Varick, the founder and first bishop of the AME Zion Church. Varick advocated for the abolition of slavery and helped establish the Freedom Journal, the first Black-owned newspaper in the United States. He died in 1827.

“James Varick spent his life fighting for equal rights,” the Rev. Dwayne A. Walker, senior pastor at Little Rock AME Zion Church and board chair and founder of Little Rock CDC, said in a statement. “It was only fitting to have his name adorn a community built on the idea of inclusivity.”

With 105 units, the development will include:

Designed in a U shape, the five-story development will include courtyard space for outdoor activities. It also will have a fitness room, lounge, café, business center and two elevators.