9 Charlotte streets with ties to Confederacy, segregation to be renamed

The decision passed the City Council with a unanimous vote. 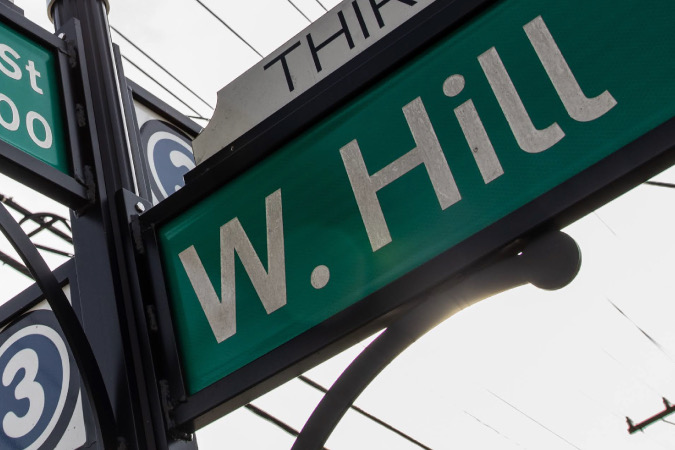 Confederate officer Daniel H. Hill spent time in Charlotte before and after the Civil War. West Hill Street, near Bank of America Stadium in uptown, is named in his honor.

The action had been proposed by a Legacy Commission formed by Mayor Vi Lyles following the police killing of George Floyd in Minneapolis last year. Council on Monday voted unanimously to accept the commission’s recommendations.

Council member Tariq Bokhari, one of two Republicans on the City Council, said the city should refrain from naming anything after people going forward, since no one knows how future generations will perceive those people.

Council member Larken Egleston noted the potential costs and inconvenience of renaming streets, especially for residents and business owners affected by address changes. He said the city will work with those affected.

“We don’t want this to be a burden for you,” Egleston said.

In December, the 15-member commission, made up of local historians and community members, released its report, which recommended that the following streets be renamed:

Jefferson Davis Street: Named after former president of the Confederate States, Jefferson Davis, this street is in the Druid Hill community in west Charlotte. Davis doesn’t have extensive ties to Charlotte, the commission’s report found.

West Hill Street: Confederate officer Daniel H. Hill spent time before and after the Civil War in Charlotte. West Hill Street in uptown Charlotte near Bank of America Stadium is named in his honor.

Aycock Lane: Named in honor of Charles Aycock, who served as the state’s 50th governor in the early 1900s. Aycock is remembered as the primary architect of the state’s white supremacy movement, which was responsible for disenfranchising Black people. The street is in a subdivision just south of Dilworth, off Scaleybark Road.

Barringer Drive: Osmand Barringer was a leader in the local white supremacy club movement in Charlotte at the turn of the 20th century. He said this street was named in his honor. The white supremacist also fought against the desegregation of public facilities in Charlotte in the 1950s. His brother, Paul, was known for studying “scientific” or biological racism at the University of Virginia in the late 1800s. This street is in west Charlotte and extends south from West Boulevard, snaking across Remount Road and Clanton Road before coming to an end at Pressley Road.

Morrison Boulevard and Governor Morrison Street: Former Governor Cameron Morrison was a prominent leader of the “Red Shirts,” the paramilitary wing of the state Democratic Party’s white supremacy campaign that worked to suppress and terrorize Black voters in North Carolina in the late 1890s. Under his leadership, the government systematically made use of Black convict labor to help build state roads. Morrison Boulevard and Governor Morrison Street are named in his honor. Morrison Library was recently changed to SouthPark Regional Library because of his past.

Chambers, civil rights activist and former NAACP Chair Kelly Alexander Sr. and civil rights and integration activist Dr. Reginald Hawkins all were named in the commission’s report as possible people they think the city should name streets after in the future. The commission suggested these figures because they contributed to Charlotte’s progress and represent the diversity of the city’s history. Other names the board highlighted included:

To begin implementing the recommendations, the commission will develop a pilot program that outlines a process for changing street names going forward. Additionally, the city will support neighborhood efforts to petition possible street name changes and install a memorial commemorating the deaths of Joe McNeely and Willie McDaniel, who were the victims of the two documented lynchings in Charlotte.

To fund the renaming of the streets and the memorial, the city will apply for a grant from the Mellon Foundation. The grant is a part of the foundation’s Monuments Project, a five-year, $250 million commitment to change how the country sees monuments and memorials so that public spaces better reflect the nation’s diversity.

This Story is Tagged: Government