George Washington III contracted Covid-19 from his dad, who contracted it while attending his mom's funeral. 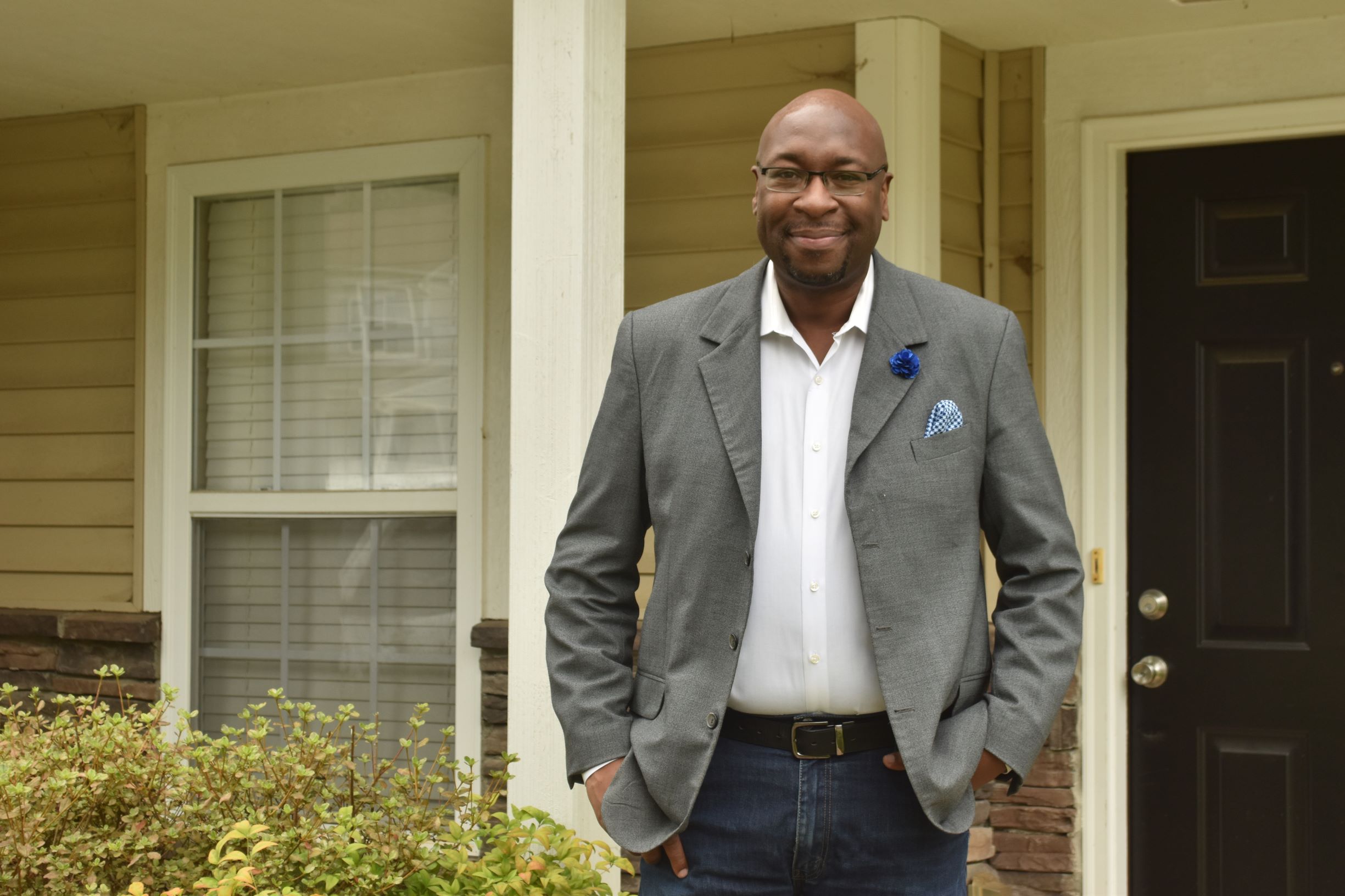 George Washington III describes his Covid-19 ordeal as "pretty miserable." He contracted the disease while caring for his father, who died from Covid-related complications last month. Photo: QCity Metro

George Washington III is a voiceover actor with a James Earl Jones-esque resonance. His body of work runs the gamut, from radio spots for the Carolina Panthers to national TV commercials for Mountain Dew Ice (including one featuring rapper Cardi B) to exhibits at the National Museum of African American History and Culture in Washington, D.C.

While Washington’s line of work is fascinating, the 52-year-old has a new motivation these days: urging people to wear masks to help safeguard against the Covid-19 disease. In North Carolina, the number of confirmed cases continues to reach record highs, disproportionately affecting people of color. Washington’s battle cry is a personal testimony of someone who lost his dad due to the virus and suffered from his own bout.

He initially felt Covid’s impact on a professional level. When the coronavirus pandemic began shutting down the economy, he said auditions for voiceover roles dried up quickly because people were unsure what was happening.

During this time, Washington traveled to his home state of Illinois to be with his mother whose health was failing due to cancer. Sadly, she died two days before Mother’s Day. Because of Covid-related capacity restrictions, Washington and his younger brother spent the next two weeks planning an intimate memorial service. That’s when they noticed their father showing signs of illness.

Doctors quickly diagnosed his dad with Covid-19, and it proved to be the beginning of yet another devastating ending. Washington said his dad couldn’t overcome the health complications and coded multiple times while in the hospital. The third time, June 24, he said, “we had to let him go.”

Proximity to his dad led to Washington also contracting the disease.

“We believe that in those processes, and the amount of time I was spending with him, I caught a full viral load,” the caretaker turned patient explained.

In addition to hallmark symptoms like a spike in fever and body aches, Washington battled significant gastrointestinal issues.

“My problems began when I couldn’t stand the smell of food anymore…it’s very hard to force yourself to eat when you can’t even stand the scent of it,” he recalled.

From late May through mid-June, Washington says he only ate apples and oranges. By the time he returned to Charlotte late last month to self-quarantine, he’d lost 20 pounds. He described the ordeal as “pretty miserable.”

As he works to heal from his season of loss, Washington is emerging with an increased focus on overall physical health and well-being. He’s also intensely focused on family and the importance of creating and preserving memories. In reflecting on his parents’ legacies, Washington describes a close-knit family life marked by achievement, service and a shared hobby of singing among the men of the family — which contributed to Washington’s 12-year stint as a singer with Opera Carolina.

“My father was on the County Board of Kankakee County [in Illinois] for 33 years, so he was very into community service and doing for others,” he shared. “My mother’s support of my brother and I, our families, and our career choices … I know everyone thinks theirs is special, but she really made the effort to support us even though I was 700 miles away. She helped until she couldn’t help anymore. It’s hard to think about not having either of them around anymore.”

Ultimately, Washington is laser-focused on the social responsibility that individuals have to protect themselves and each other throughout this pandemic. That includes wearing masks in public spaces, especially when keeping a safe physical distance isn’t an option.

“It frustrates me that we have so many Americans that are unwilling to do something to help someone else,” he expressed. “[At least] 128,000 people are dead—including my father—and all we’re asking you to do is when you go to the grocery store, or wherever you go, wear a mask for the time that you’re in there.

“This is not about freedom, it’s about whether or not you care about other people.”