The 34-year-old is making her mark on Charlotte’s food scene by expanding its access to authentic Caribbean food. 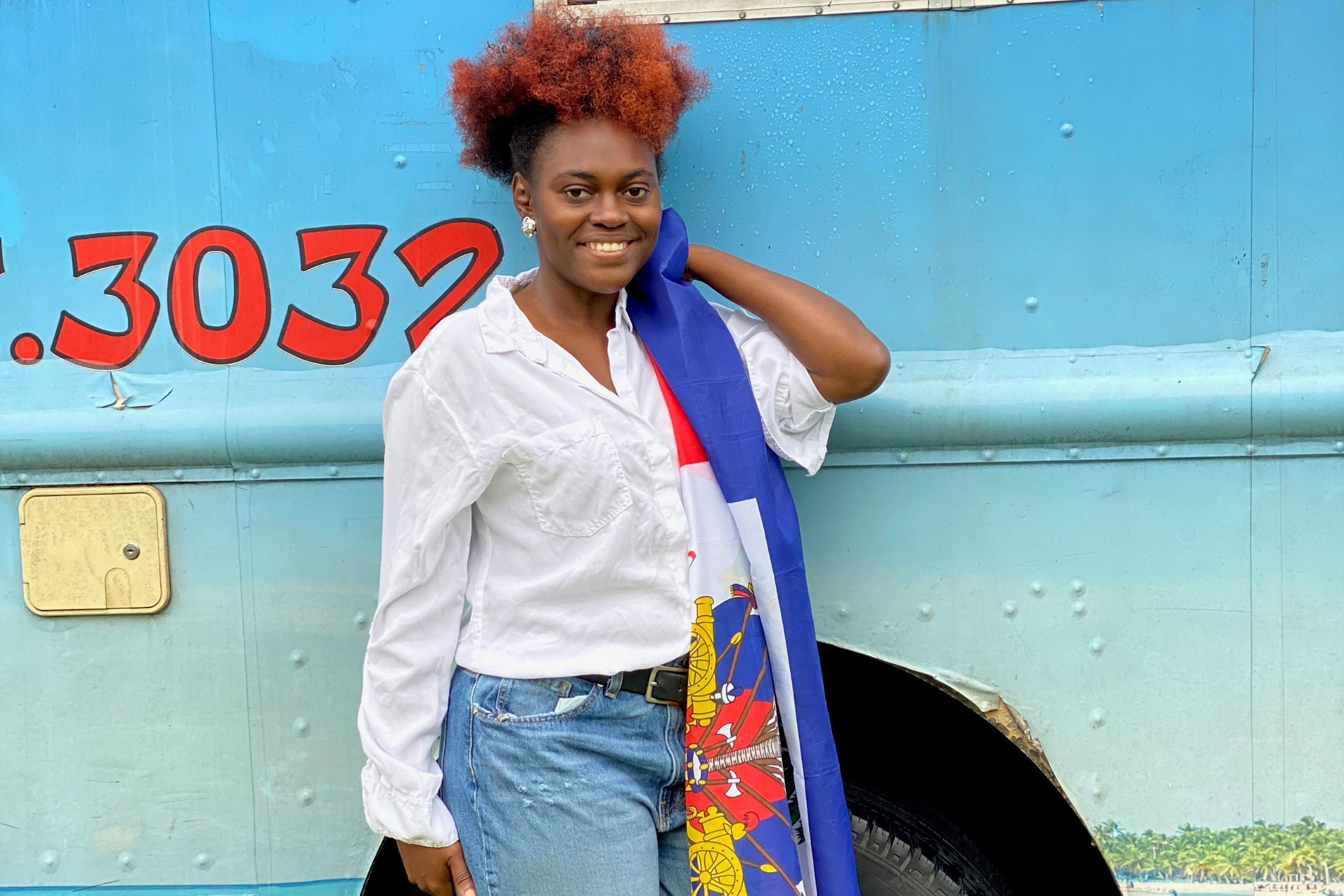 Natacha Candio shares a piece of her Haitian heritage through food served through her Caribbean Buzz food truck. Photo courtesy of Natacha Candio

Natacha Candio is on a mission to expand your taste buds with her Haitian cuisine.

Born in Haiti, Candio moved to Miami, Florida, with her family at age 9. Later, she studied culinary arts at the renowned culinary institute, Le Cordon Bleu, in Paris. Candio developed a love for cooking from her grandmother at a young age and turned her passion into a decadelong career as a restaurant manager and caterer. Tired of the rising cost of living in Miami, she set her sights on Charlotte and never looked back.

She relocated to Charlotte in 2016 to work as a restaurant manager at a local restaurant only to be fired a year later, she says, for expressing her sentiments about racist conditions she was experiencing. That incident became the catalyst for launching her food truck business, aptly named Caribbean Buzz.

Candio initially planned to open a bakery until she realized Charlotte’s market was still wide open for a broader range of Caribbean cuisine.

“When I first moved here, it was a culture shock because I couldn’t find decent Haitian food,” she recalled.

Starting a business was an enormous undertaking for the 34-year-old wife and mother of three. Still reeling from how she had been dismissed by her employer, Candio decided to take a chance on herself.

Today, she is making her mark on the Queen City’s ever-growing food scene by expanding its access to authentic Caribbean food. Though she specializes in Haitian, Bahamian and Jamaican dishes — with special recipes for favorites like conch fritters, curried goat and jerk chicken — Candio’s goal is to share the flavors of the West Indies with food lovers.

“[At first,] I didn’t think there were too many Haitians in Charlotte, so I combined the cuisine of three islands to ease people into sampling Haitian cuisine,” she explained.

Her menu goes beyond typical island fare that many U.S. residents have come to identify as representative of Caribbean culture. Some of the delicacies from her homeland sometimes draw strange looks from newbies to the cuisine. That is until you taste it.

She makes her own spice blends, curry paste and jerk sauce, as well as a Haitian favorite — diri djon djon, or black mushroom rice. Coming from Miami, which boasts a strong Haitian presence, Candio still wrestles with the culture shock of not having easy access to staple items for her menu.

“I get my mushrooms in Florida and dry them. I also ship them to Haitian natives in other cities or people who like our food,” she shared.

She also gives a nod to her Bahamian heritage by providing authentic dishes from the island nation. One of her best-selling items is a conch fritter batter, which she packages and ships across the country.

It’s her enterprising nature that has opened the door to running three food trucks, two in Charlotte and another in Weeki Wachee, a city about an hour north of Tampa, Florida.

That pivotal moment of being let go by her employer unleashed a yearning to no longer have her future determined by others. She turned down other offers to work in the restaurant industry. Becoming an entrepreneur was always part of her life plan, and food trucks allowed her to fulfill her dream without opening a brick-and-mortar location.

“I love [being an entrepreneur] and hate it at the same time,” Candio explained. “I love working for myself, and I can set my own hours. However, since I’m a workaholic, I don’t take a day off. I just don’t want to turn away new opportunities.”

She credits her focus and drive to having been born in a country that tends to be overlooked by the rest of the world.

With the turn of events from the Covid-19 pandemic, Candio has partnered with apartment complexes throughout the city to provide easy access for takeout food. Residents can pre-order meals the day before and schedule a designated pick-up time to limit crowds at the truck. No more than five customers are served at a time. She also collaborates with homeowners associations, which takes her food trucks into the suburbs.

What’s next for Caribbean Buzz? Candio isn’t sure, but she’s open to opportunities.

“Everything is happening so fast that I honestly don’t know, and I don’t want to jinx it,” she said.