"The Last Dance" chronicles Michael Jordan and the Chicago Bulls' quest to win a sixth NBA title in eight years. 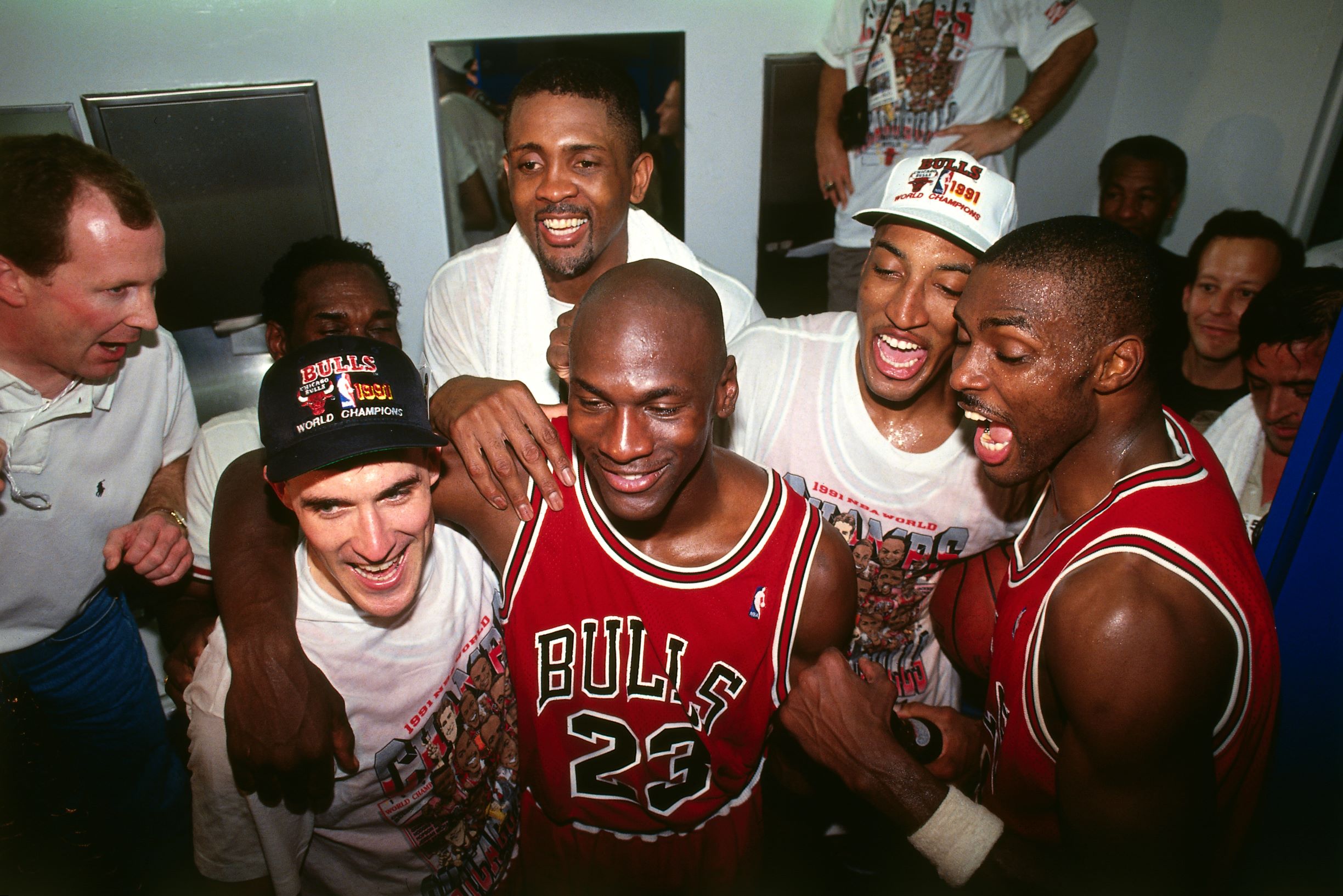 Michael Jordan and his Chicago Bulls teammates celebrate following the first of the team's many NBA championships in the 1990s. Photo: Andrew D. Bernstein | Courtesy of Netflix

The NBA playoffs were originally scheduled to begin this past weekend, but like all sporting events and pretty much all spring and summer activities, they’ve been canceled or postponed as a result of the Covid-19 pandemic. Basketball fans have settled for watching reruns of classic games, watching their favorite players play in online video game competitions or watch them challenge each other in virtual games of H-O-R-S-E.

On Sunday, ESPN debuted “The Last Dance,” a 10-part docuseries in partnership with Netflix chronicling the 1997-98 NBA champion Chicago Bulls, the final season of the 1990s Bulls dynasty.

The documentary provides never-before-seen footage of Michael Jordan, Scottie Pippen, Dennis Rodman, Phil Jackson, and the rest of the organization. It also includes commentary from several NBA legends and celebrities.

Here are a few nuggets that stood out during Sunday’s airing of Parts 1 and 2.

From the beginning, “The Last Dance” paints Chicago Bulls then-general manager Jerry Krause as an insecure, attention-grabbing, money-hoarding executive with a Napoleon complex.

Krause was the architect of the Bulls dynasty, assembling the pieces that dominated the NBA championships in the ’90s with a pair of three-peats. He was also the one looking to break them apart while they were still winners. Jordan didn’t trust him, Pippen didn’t like him, and he forced Phil Jackson out.

Viewers get the sense of Jordan’s upbringing in Wilmington, North Carolina. Often, we see player stories highlighting the tropes of absent fathers and struggling families. Jordan was the product of a loving and disciplined Black middle-class household. His father worked for General Electric, and his mother worked for a bank.

In the episode, Jordan’s mom, Deloris, read a letter he wrote in college asking for her to put money in his account. He described having only $20 and postage stamps, and he apologized for a high phone bill.

After Jordan forewent his senior year at UNC-Chapel Hill, Deloris made him promise to return to finish his degree — which he did in 1986.

Jordan’s desire as a child to earn approval from his dad, James Sr., fueled his competitive nature. Growing up, James always felt that Larry, Jordan’s 11-month-older brother, was a better basketball player. Larry made their high-school varsity team while Michael didn’t make the cut his sophomore year.

The film also shows James and Larry’s bond when it came to fixing things. In an interview, the patriarch spoke of Michael’s lack of knowledge about tools and telling him to go help his mom with more domestic chores. Michael says impressing his dad became a driving force.

Jordan says he witnessed, but didn’t participate, in a hotel drug party with teammates during his rookie season. I guess he felt like he got high enough on the court.

I always felt like Pippen was one of the most underappreciated players, and based on his salary earnings with the Bulls, I’d say it was an accurate opinion.

Pippen came from humble beginnings as the youngest of 12 children from a small city in Arkansas. Back then, he wasn’t a basketball phenom. His unlikely journey to the league started as a student manager for the University of Central Arkansas basketball team before making his case for a roster spot. While he went on to earn more than $100 million during his career, the Chicago Bulls never gave him the big payday he deserved in his prime.

ESPN will air two hourlong episodes each Sunday through May 17, starting at 9 p.m.