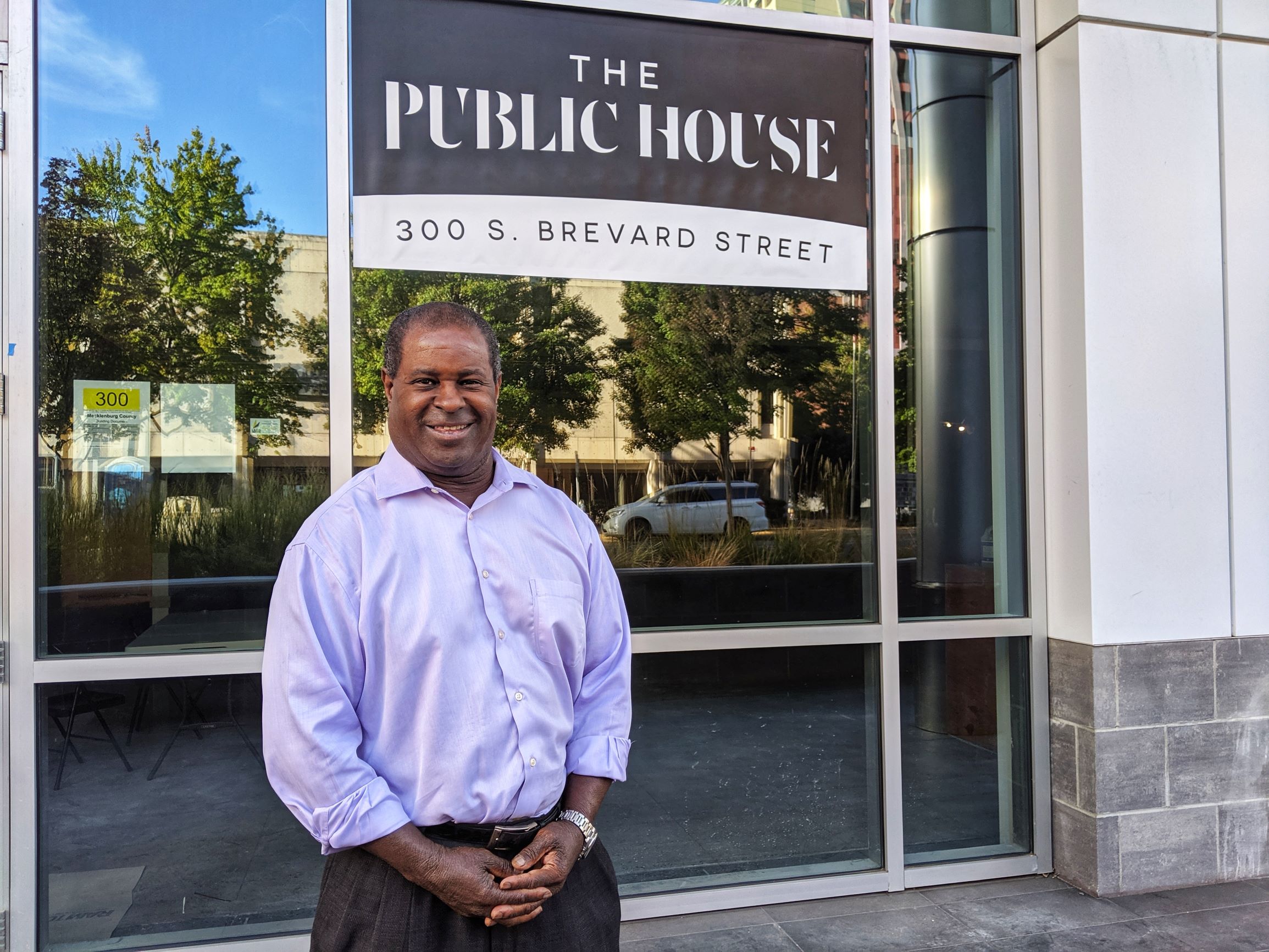 You may recognize Delano Little from WBTV where he spent nearly 30 years as a TV anchor and sports director. But after retiring last December, he decided to give his full attention to the local food and music scene. Little and partner Chris Healy are the team behind The Public House, a 6,774-square-foot upscale uptown restaurant set to open at the end of the month.

Little says his experience as a restaurateur was born out of the fact that he likes to go to restaurants. During his time as a broadcaster, Little joined Healy and the group of investors involved in South End spots like the Gin Mill and Amos’. He was also an investor for the Davidson Street Public House in NoDa, which operated from 2014 to 2018.

The experience got Little thinking about his next chapter.

“When we decided to look for other places to land, I thought, ‘I can’t do television sports forever, so I might as well start doing something else,’ and that’s how all this came about,” he recalled.

The uptown Public House may share a similar name with the former location — and head chef Clayton Sanders — but guests can expect a swankier vibe.

The space located on the ground floor at 300 S. Brevard Street will seat 210, including a 32-seat bar that opens to seating beneath a covered patio. There’s also a private event space behind the bar. Little says an entertainment area will be located at the back of the restaurant with a stage for live music and room for an indoor bocce court, shuffleboard and more.

Chef Sanders’ menu will include an assortment of shareable small plates. Pastry chef Brandi Jones, who was featured earlier this year on Discovery Family Channel’s “Bake It Like Buddy” and alongside Little during several food segments on WBTV, will whip up desserts.

Little expects the 2 a.m. closing time will attract guests looking for a late-night bite after concerts, conferences and other activities in uptown.

A shared hallway will connect The Public House with Middle C Jazz Room, a 200-seat venue scheduled to bring renowned live jazz acts like Maria Howell and the Al Strong Quintet. For the venture, Little and Healy partnered with Larry and Adam Farber, a father-son duo with deep roots in Charlotte’s music scene.

The Public House kitchen will also serve Middle C, and Little will act as a liaison between the two locations.

“I want to be out on the restaurant floor talking to the customers. I am going to be out there until they tell me to stop,” he said, jokingly.

Ryan Fleming contributed to this article.