Ahead of his hall of fame induction on Oct. 18, "The Soul Prince" shares his musical Mt. Rushmore, songs he's written for popular artists and more. 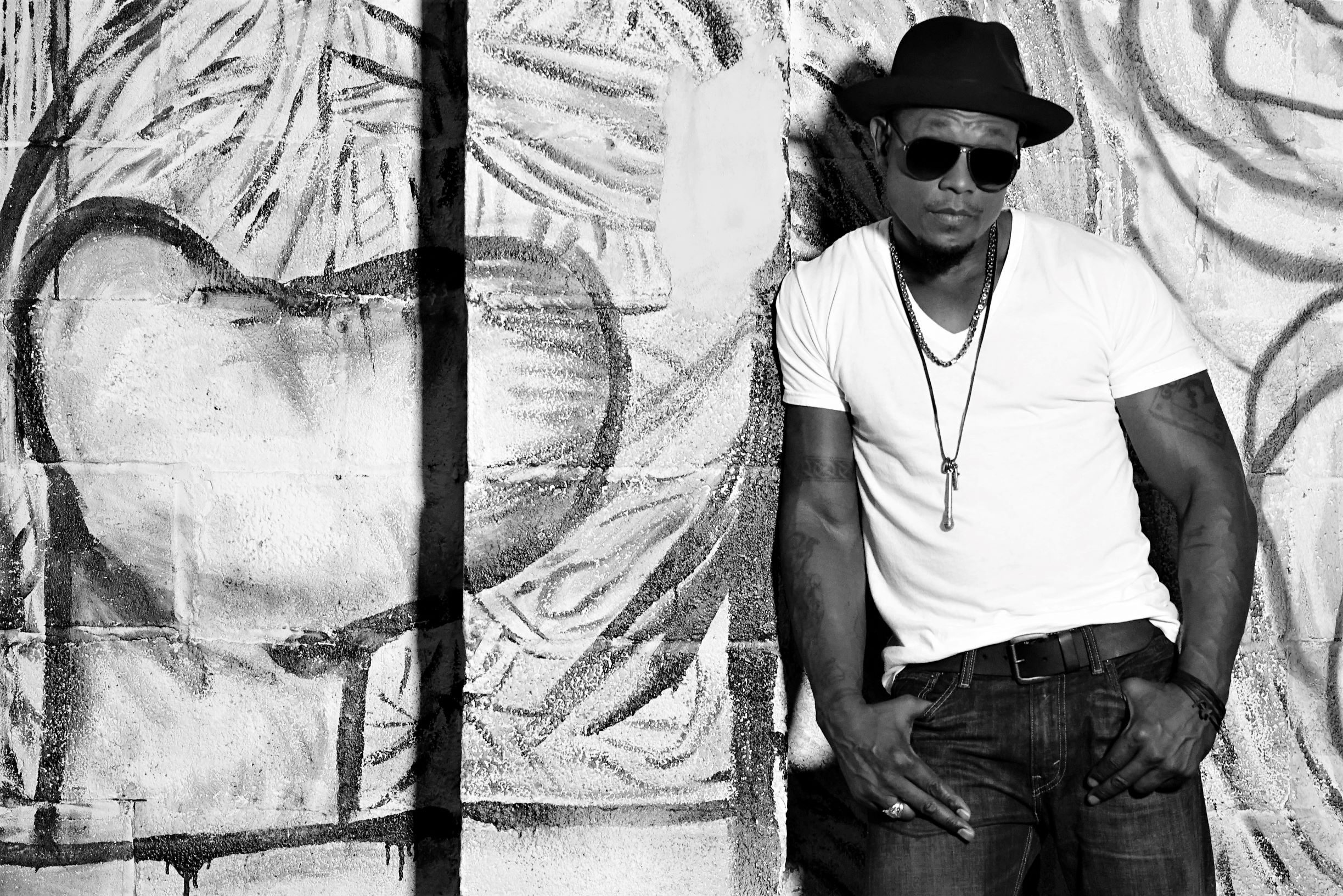 I first discovered soul artist — and Monroe native — Calvin Richardson as a high school teenager. Back in the early 2000s, after pops left for work and before mom would come back from her overnight shift, I’d turn on our dial-up internet and listen to music with the Musicmatch Jukebox as I got ready for school. The song I heard was “Not Like This,” off Richardson’s second album, “2:35 PM.” I got the album, and I’ve been vibing with him ever since.

Richardson’s debut album, “Country Boy,” sold 100,000 copies. Since then, he’s released six additional albums, received three GRAMMY nominations and an ASCAP Rhythm & Soul Music Award. This week, along with six other artists, Richardson will be inducted into the North Carolina Music Hall of Fame. “The Soul Prince” now lives in Louisiana, but I caught up with him as he prepared for the ceremony.

There wasn’t a whole lot of places to hang out. I lived in the country. I mostly spent a lot of time playing and listening to music with my cousins and friends. I didn’t get to Charlotte that much. As a kid, it seemed far, but it’s only about 40 minutes away. I eventually moved out there and stayed for quite some time while going back and forth from New York and California. I took in the nightlife and as much as the city had to offer.

Where did you hang out in the city? Did you have a spot?

We would just move around the city. There were so many things to do. I don’t know if we had a spot, but we used to go to Blue Restaurant & Bar. They had good food and live entertainment.

So, you were a Charlotte sports fan?

Oh yeah. All of that. Hornets and Panthers.

What does getting inducted into the North Carolina Music Hall of Fame mean to you?

To get inducted means everything because anyone who knows anything about me knows I love North Carolina. It was totally unexpected. It wasn’t even on my radar to be inducted in any hall of fame at this particular time.

What challenges do you face as a soul artist?

There are no challenges for me. I’m not looking for any type of recognition or acceptance from anyone. It makes me happy to do what I do. I know there’s a lot of people out there whose lives have been changed by the music. That’s what soul music does. My goal is just to continue to make music with substance.

You’ve been doing it your way for about 20 years. You’ve seen a lot of artists come and go. What’s your secret to longevity? What advice would you give to artists looking to catch that break?

Hard work, man. It goes back to what I said earlier. You got to focus on what you do well. Once you figure out what you love to do, do it like you love it. Sooner or later, it will love you back. The results will come.

Which R&B and soul artists are you feeling right now?

I love Chris Brown -– his vocal ability and showmanship -– Janelle Monáe, Fantasia, Drake (laughs). Man, I listen to a little bit of everything. In order to really thrive in the business, you can’t be one-dimensional. You can’t just listen to yourself or a specific type of music. There’s always a possibility I might be inspired by a chord, song, lyric or something that a person maybe singing or the melody.

You worked with so many people within the industry, who have you enjoyed working with the most?

Over the course of my career I worked with so many great artists and producers, but Babyface has made a significant impact on my future. I mean, Babyface is Babyface. He’s great. There’s nothing else to say. I learned a lot from him. That was one of the highlights of my career. He was the executive producer of my third album that never came out due to circumstances I won’t get into.

Is there a song you wrote for someone else that is your jam?

“There Goes My Baby” by Charlie Wilson was a song Babyface and I wrote for my album that never came out. It did a lot for my career. It did a lot for Charlie Wilson’s career — helping to establish him as the solo artist people know him as now. He was Charlie Wilson, the voice of the Gap Band, for a long time. Then, he went solo for a while, but when he did “There Goes My Baby,” it catapulted his career. Now he’s on the top of the food chain when it comes to adult contemporary music. Angie Stone, she and I did “More Than a Woman” together. That popped up a lot of places and was on the soundtrack for “Deliver Us from Eva,” the movie with LL Cool J and Gabrielle Union.

Is there an artist or producer who you’ve always felt you could make great music with?

R. Kelly is somebody I really wanted to work with. He has run into some unfortunate situations as of late, but it doesn’t take away, for me, the greatness that’s there. I have always been impressed by his depth of creativity. When the opportunity was there, I didn’t do it. But he has always been someone I looked up to on the creative side.

Who’s on your Mount Rushmore of music?

I lean more to old-school artists like Al Green, Marvin Gaye, Sam Cooke and Bobby Womack. K-Ci Hailey (of Jodeci and K-Ci & JoJo) is a good friend of mine. He’s like my brother. We’re still tight to this day. He was one of the most incredible voices I have ever heard. His voice has changed over the years, but he is definitely on my Mount Rushmore. Did I say Stevie Wonder?

Visit northcarolinamusichalloffame.org to see the full list of this year’s inductees and to purchase tickets to the ceremony.