'Navigating the Maze' identifies gaps in services and provides strategies for improving the system. Access to treatment is a major barrier to economic mobility. Raising awareness and early intervention is key to preventing chronic mental illness, suicides. 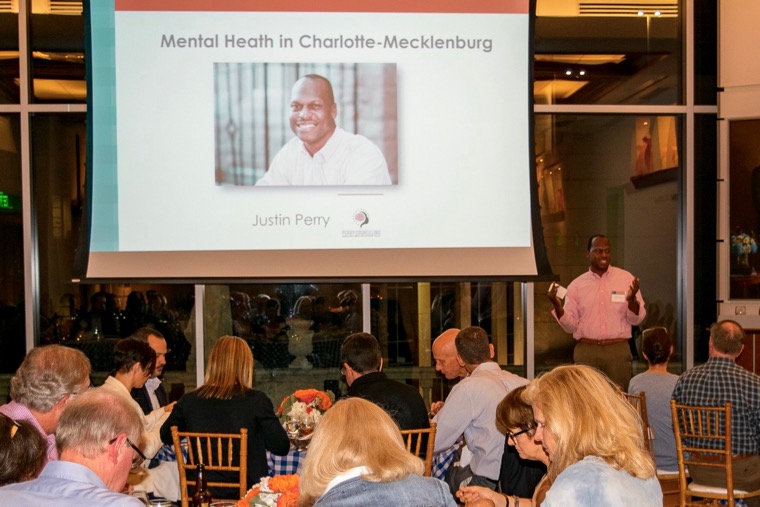 One of the recommendations in the Leading on Opportunity report is to develop efforts to address mental health issues and reduce the mental health impacts of living in low-opportunity environments.

More than six months before the suicides of celebrity chef Anthony Bourdain and fashion icon Kate Spade turned the spotlight on mental health issues, Foundation For The Carolinas, along with the Children’s Medical Fund and Mitchell’s Fund, released an in-depth report on the mental health landscape in Mecklenburg County.

“Navigating the Maze” identifies gaps in and barriers to treatment and provides strategies for improving the system. The impetus for the study was the March 2017 Leading On Opportunity report, which cited mental health issues as a major barrier to economic mobility.

“African Americans are more likely to experience social circumstances, such as exposure to violence, physical or sexual abuse, alcoholism and substance abuse in the home, incarcerations, that increase their chances of mental illness,” said Victor Armstrong, Vice President of Behavioral Health with Atrium Health.

Access to services adds another layer of difficulty because the majority of mental health services are not located in communities where those with socio-economic challenges live.

The suicide rate for African Americans age 10-14 has increased over 200 percent over the past 20 years, Armstrong said. Mental illness manifests in about 50 percent of patients by age 14, 75 percent by age 24, so early intervention is crucial, he added.

Raising awareness and increasing education on the importance of prevention and early intervention, as well as the impacts of trauma — including toxic stress associated with living in poverty — on early brain development is a key strategy identified in the task force report.

Too often, meeting the mental health needs of Charlotte-Mecklenburg children falls to the school system.

”We see an unfortunate number of young children who have had traumatic experiences, have maybe suffered from some type of abuse or neglect, not necessarily at the hands of their parents, but who have had no intervention and no support” before entering CMS, Penn said. Behavioral problems can then spiral, leading to a child falling behind academically.

Children struggling with anxiety is the biggest problem right now in our schools, she said. “In the upper grades, particularly in secondary, we see a lot of suicidal ideation. We’ve had a high number of suicide attempts this school year and it spans from one side of the county to the other, north and south, east and west; there’s not any one demographic that has been immune.”

Every school has trained professionals on staff to provide counseling services but there are not enough counselors for CMS’ more than 150,000 students. For example, there’s one psychologist per 2,100 students; one elementary school counselor for every 411 students, Penn said.

This year, CMS submitted a budget request for 60 positions: 33 elementary school counselors, 17 social workers, and 10 psychologists. “We’ve focused this year’s counseling request on elementary because we know that our greatest opportunity to make significant change on student’s emotional, behavioral and social competencies is in the elementary years,” Penn said.

County officials have been receptive to the budget request; the county manager recommended that the Board of County Commissioners approve the full ask for the positions, says Mecklenburg County Assistant Manager Anthony Trotman, who oversees health and human services agencies.  “We want to help triage some of those issues so that kids can get the right services and the right treatment plan.”

Raising awareness and early intervention is not just crucial for kids’ well-being. The rate of suicide is highest in middle age, according to the American Foundation for Suicide  Prevention.

Atrium Health, in partnership with Novant Health and The Mecklenburg County Public Health Department, is educating community members to identify, understand and respond to signs of suicide, mental illness and substance use disorders, Armstrong said. The Mental Health First Aid (MHFA) program has trained 12,000 medical professionals, police officers and laypeople in the community to date.

Earlier this month, No Grease barbers underwent training and the MHFA program is being added to the barber-school curriculum.

All 1,100 Charlotte city firefighters will be trained in MHFA by July and the YMCA is planning to train its entire staff by 2021. Armstrong says they are working on forming alliances with the faith community, healthcare provider Cardinal Innovations and other community organizations.

MHFA training is available to individuals and groups across the community and the program is available in Spanish, as well as English. Learn more about the MHFA.

Need help? Here are some resources

About the ‘Navigating the Maze’ report

• The goal of the report was to jump-start the implementation of Strategy R of the Charlotte-Mecklenburg Opportunity Task Force report: Develop efforts focused on addressing mental health issues and/or reducing the mental health impacts of living in low-opportunity environments.

• Key strategies and implementation tactics emerged during nine months of research, which included face-to-face interviews with 83 local mental health professionals, public policymakers, and parents, as well as dozens of telephone conversations with experts from across the state. Three big-picture strategies provide an overall context and general framework for taking decisive action as a community.

The report “hit the mark” and surfaced a lot of the big issues that need to be confronted, including issues of race and equity, said Trotman.  “Mental health is a foundational issue that drives all other issues identified for economic mobility.”

Foundation For The Carolinas recently convened a group of leaders in the mental health field to discuss implementation strategies and next steps. In addition, FFTC is working with leaders from Charlotte-Mecklenburg Schools and faith communities to identify possible outreach, awareness and education programs for students, parents, and others. This collaborative work will continue over the summer months.