Opinion | Why is no one talking about the spread of Covid-19 in Mecklenburg’s Black communities?

With each release of new data, we see a disturbing trend that county officials have yet to acknowledge. 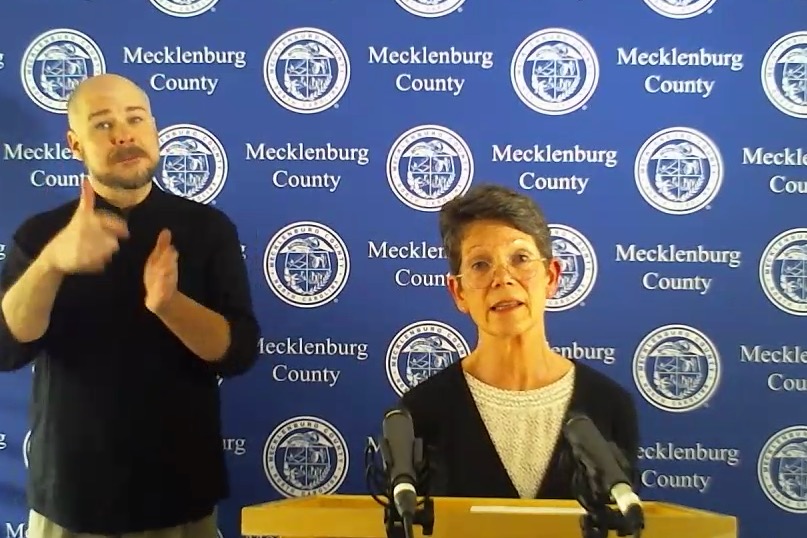 Update: As of March 28, county health officials reported that, of the 303 confirmed cases in which racial demographics were available, the percentage of Black residents who tested positive for Covid-19 had risen to 43.9%.

Anyone who would work in public medicine should first understand an enduring truth: There exists in some sectors of the Black community a lingering suspicion of the healthcare industry.

This suspicion is born not of baseless paranoia.

Look back to the 1930s and the federal government’s decision to allow nearly 400 Black men with latent syphilis – Alabama sharecroppers, mainly – to go untreated for decades so that government-funded researchers could study how the venereal disease attacks the human body. The men were told they simply had “bad blood.” This cruel and inhumane study didn’t end until 1972, well into my lifetime.

We could talk as well about eugenics in Black communities, forced sterilizations, even current data showing that Black Americans typically receive medical care inferior to their white counterparts, income and class notwithstanding.

All of which makes Mecklenburg County’s handling of the coronavirus (Covid-19) outbreak somewhat disappointing.

For days, Public Health Director Gibbie Harris has been saying the spread of Covid-19 in Mecklenburg County was reflective of the county’s demographics. But with each release of new data we see that her assertion appears to lack credibility.

As the coronavirus has spread, Covid-19 appears to be affecting the county’s Black population disproportionately. The county’s own numbers appear to bear this out.

On March 22, when the county had 80 confirmed cases of Covid-19, 35% of those infected people were Black. One day later, the infection count had climbed to 108 cases, and Black residents accounted for 37% of those infected.

As of March 26, no other racial or ethnic group in Mecklenburg County accounted for a larger percentage of Covid-19 cases. [The county’s predominate white population accounted for 40% of confirmed cases, a shrinking percentage as the overall numbers rose.]

When I first asked Harris about Covid-19 in the county’s Black population, she repeated the essence of an earlier statement: “Actually, the data that we are seeing really reflects the demographics in our county at this point. We’ll continue to watch that, but right now, we do not see disproportionate impact in that community,” she said.

That was when the available public data showed Black residents making up 35% of the confirmed Covid-19 cases.

On Sunday, with the data showing a rise to 41.3% for Black residents, I decided to ask again. And again, Harris said the Covid-19 spread was reflective of Mecklenburg’s demographics. She even seemed to question my figures, asserting that the county had not released Covid-19 data broken down by race and ethnicity.

Harris later came back to the conference call with reporters to acknowledge that her department had, indeed, released data on race and ethnicity, and she promised to address the issue on Monday.

This all raises key questions – not the least of which is, how can Mecklenburg County’s public health director be unaware of what appears to be a rising infection rate among Black residents under her jurisdiction? Followed closely by, how can the county’s elected Black officials, put in office to serve their communities, sit idly quiet for a full week, also apparently oblivious to the county data that was right at their fingertips?

By no means do I suggest ill intent. What I suggest, instead, are missed opportunities.

If county officials were generally unaware that the rate of infection was rising among Black residents, what opportunities have been missed to halt the spread of this potentially deadly contagion? Could the high rate of infection among Black residents be traced to a particular event, a particular church congregation? Or maybe some sectors of the Black community, unable to social distance and self-quarantine, are more susceptible to the spread of Covid-19 because of the nature of the jobs they hold. Are other counties around the nation seeing similar patterns?

When dealing with an outbreak in some of the most economically vulnerable populations, these are questions worth answering.

It should not be lost that Mecklenburg County has done a number of things right. While many of the nation’s jurisdictions have refused to release demographic and zip code data related to the spread of Covid-19, Mecklenburg has been more forthcoming than most. And with that transparency has come certain risks.

One risk is that communities least affected by the outbreak may come to see themselves as immune – a potentially fatal mistake. So, by putting too much emphasis on any one community, county health officials could, without intent, cause other communities to lower their guard. It’s a delicate dance, to be sure.

Still, given our nation’s racist past and the current disparities we still see in health care, we deserve straight talk about Covid-19 and why it appears to be spreading disproportionately among Black residents of Mecklenburg County. Here’s hoping those answers come quickly.