Know the facts about opioids and addiction

Fact: In 2017, about six North Carolina residents died each day from an unintentional opioid overdose. Fact: The opioid-related death […] 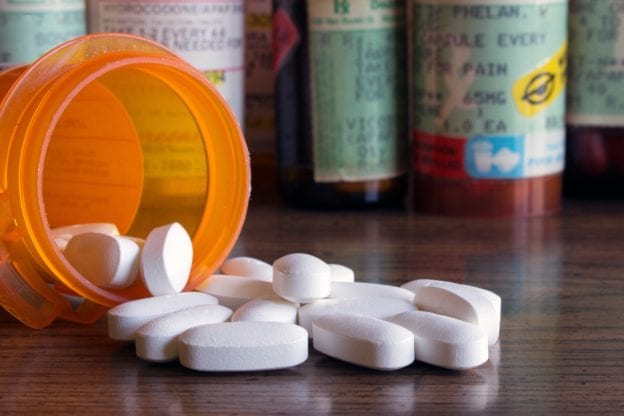 Fact: In 2017, about six North Carolina residents died each day from an unintentional opioid overdose.

Fact: The opioid death rate for blacks is growing nationally at a rate far higher than for whites.

With the opioid crisis continuing to claim lives, Dr. Anuradha Rao-Patel, a medical director at Blue Cross and Blue Shield of North Carolina, answers some common questions related to opioids and addiction.

While the national numbers clearly point to higher rates of opioid abuse among whites, Rao-Patel rejects the notion that African Americans should be unconcerned. In some states, she said, referencing a Centers for Disease Control and Prevention study, more blacks die from accidental opioid overdoes than do whites.

Are all pain killers opioids?

No, actually they’re not. Opioids are one class of pain medication. They are sometimes referred to as narcotics. But there are medications that are non-opioids that are used for pain.

Should patients reject opioids in favor of safer alternatives?

With any kind of medication, whether it’s an opioid or a non-opioid, there are always risks and benefits. The utility of using an opioid is something that the physician and the patient can determine together. If it’s determined that an opioid would, indeed, be helpful, there are things that can be done to lower the risk of potential dependence or addiction. For example, taking the lowest effective dose for the shortest period needed.

Why are opioids so addictive?

Opioids are addictive in large part because they activate reward centers in your brain. So when you take an opioid, it triggers the release of endorphins, which is the brain’s feel-good neurotransmitter. So they take your perception of pain and muzzle it and boost the feelings of pleasure. So you get this powerful, but only temporary, sense of well-being. And so you want to take that medication again to get that same sense of well-being and euphoria.

What can ordinary people do to address this national crisis?

What are some of those things?

I would say that just because an opioid or a controlled substance is prescribed by a physician, it doesn’t mean that it does not have the potential for things like addiction or abuse or diversion. A lot of people feel like, “Well, my doctor gave it to me, so it must be safe and it’s okay to take it.” But  patients need to understand that inherent in the way and the nature that these medications work, they do have that potential for addiction.

You mentioned diversion. What’s that?

Are all painkillers addictive?

I would say that anybody who takes an opioid is at risk of developing addiction. Addiction doesn’t discriminate across boundaries, whether those are education levels, religion, sex, race, any of them. Of course your personal history, the length of time you’re taking these medications, those factors play a role. But it’s impossible to predict who’s vulnerable to eventual dependence on and abuse of these drugs.

Are there some risk factors for abuse?

What are the early signs of opioid addiction?

Sometimes it’s not so easy to tell, especially in the early stages of addiction. Let’s say you’ve noticed changes in your mood or behavior that don’t add up, or maybe your intuition is just telling you there’s a problem. Sometimes people who eventually become addicted to opioids still hold down jobs and other responsibilities, and they maintain the appearance of stability at work and home. Over time, the addiction is likely to lead to more serious problems. If you notice that you are having mood swings or unusual changes in the way that you sleep, or you have these really overt red flags like you start borrowing medication from other people.

Are there withdrawal symptoms associated with opioids?

When the medication is stopped abruptly, people may suffer withdrawal symptoms. They might have diarrhea, they might have nausea and vomiting, they might feel restless, itchiness, a feeling of hyperactivity. Sometimes people feel the opposite, where they feel more sluggish and fatigued. But just because you suffer withdrawal symptoms doesn’t necessarily mean that there’s a sign of addiction.

Is the opioid crisis mainly a problem for white communities?

Opioid overdoses now kill more Americans than car accidents or guns. Since the year 2000, more than 350,000 Americans have succumbed to these painkillers. Addiction has affected black communities for decades, and in recent years the national opioid overdose death rate has been increasing more quickly among black population than white ones. I just read a CDC (Centers for Disease Control and Prevention) report that said that African Americans have experienced the largest increase in opioid overdose deaths among any racial group between 2016 and 2017, with an increase of 25% to 26%, compared to only an 11% increase among white, non-Hispanic individuals.

Dr. Rao-Patel attended medical school at Louisiana State University in New Orleans and completed her internship in Internal Medicine at Earl K. Long Hospital in Baton Rouge. She then completed her residency in Physical Medicine and Rehabilitation at Sinai Hospital in Baltimore, Maryland. Prior to joining Blue Cross Blue Shield of North Carolina, she was in private practice providing services for chronic pain management and addiction management.

Since 1933, Blue Cross and Blue Shield of North Carolina (Blue Cross NC) has offered its customers high quality health insurance at a competitive price and has led the charge toward better health and more consumer-focused health care in our state.

Will these Black-owned businesses get the ‘Oprah effect’?
Load More