With the latest donations, the Charlotte Housing Opportunity Investment Fund is closing in on its $50 million goal. 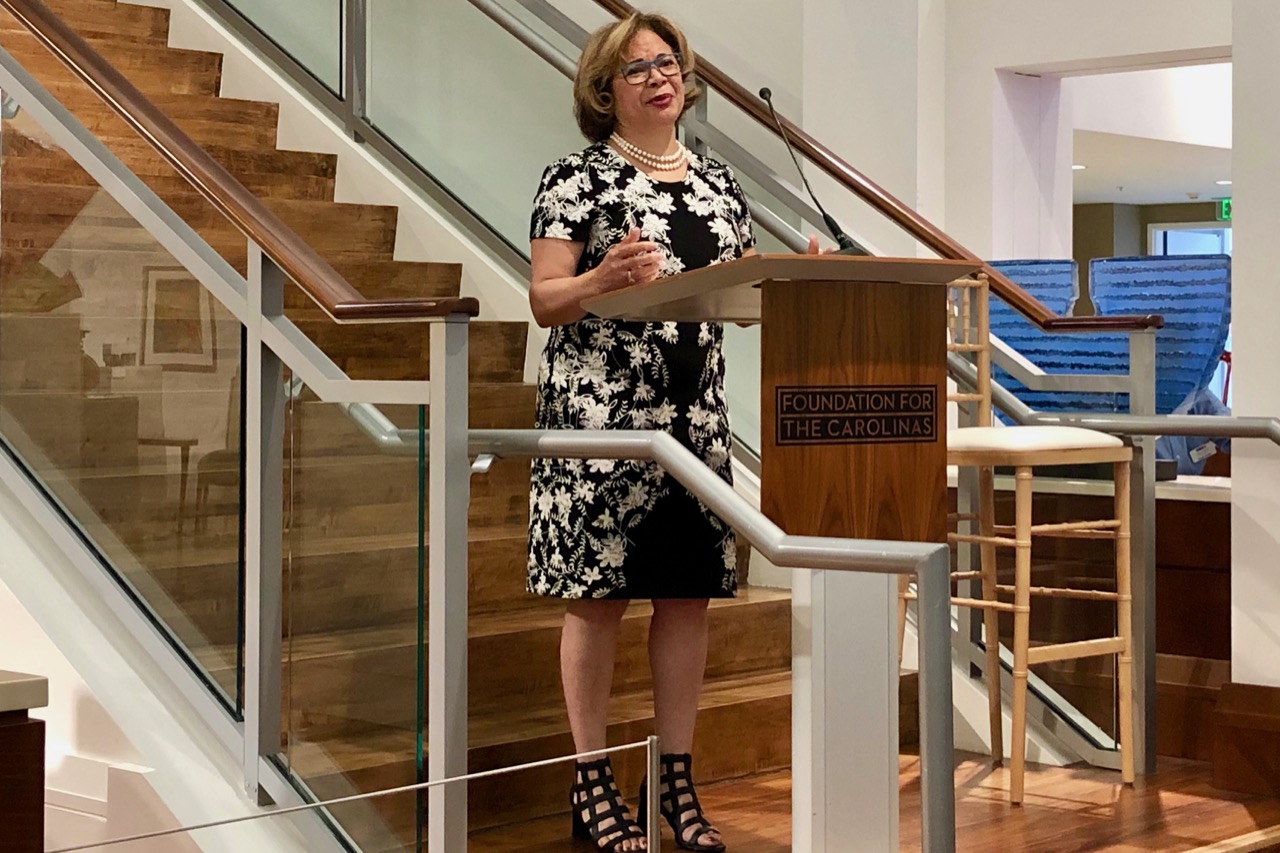 Charlotte Mayor Vi Lyles talks about the city's need for more affordable housing at the offices of the Foundation For The Carolinas. (Photo: Olivia Oliver for Qcitymetro)

The Foundation for the Carolinas said $3 million of Fifth-Third’s contributions will go to the housing fund. The rest will be directed toward loan initiatives and planned investments. Atrium Health’s total contribution will go to the fund.

That brings $44 million the total amount pledged by private companies to address the city’s affordable housing shortage. The fund has set a goal to raise at least $50 million.

“There’s a tale of two cities in Charlotte,” said Eugene Woods, president and CEO of Atrium Health. “We measure our collective progress by the people we lift up, not by those we leave behind.”

The Foundation also announced a major land donation — three acres from the Brooks’ Brothers Sandwich shop. The land will be used by Habitat for Humanity to build up to 28 affordable townhouse units in Charlotte.

“We need to look into how generational wealth can break the cycle of poverty,” said Habitat for Humanity CEO and President, Laura Belcher.

“Our victories mean more when we all have a stake in the game…and construction takes a while,” Lyles said. “That’s why we are focusing on preventing evictions and actually subsidizing rent – so that we can give people something immediate. We need to build for the long term, but some of the things we need to do right now are keeping people in their existing housing that are affordable.”

Olivia Richard, a Los Angeles native, is on assignment with Qcitymetro through the Report for America program. While in Charlotte, she will focus on local government, affordable housing and how they impact the city’s black community. Email: orichard@qcitymetro.com.