Up close with Jacotron Potts, entrepreneur giving back to the community that raised him

The Charlotte native talked with Qcitymetro about his mentoring program in partnership with McCrorey YMCA, life as an entrepreneur and the future of Charlotte as it continues to grow. 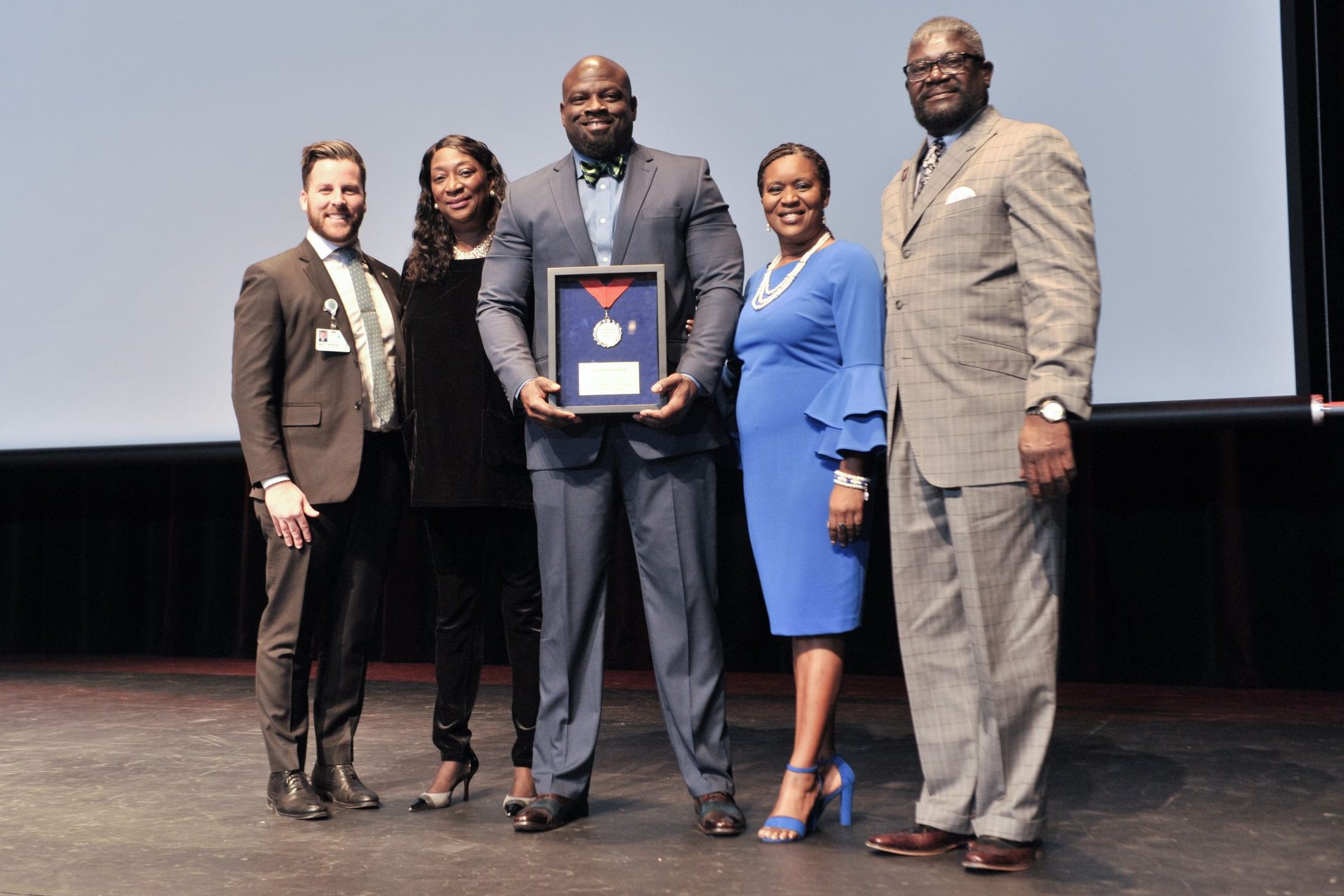 Earlier this year, I watched as Jacotron Potts was honored with the Martin Luther King Jr. Medallion Award, given by the Charlotte-Mecklenburg Community Relations Committee to a resident who demonstrates Dr. King’s ideals.

Potts was recognized for his work as a youth leader through his STRONGER initiative, a partnership with the McCrorey YMCA. The eight-week program helps young men in underserved neighborhoods to strengthen their mind, body and spirits through eight daily practices.

“I think a lot of young men want to have relationships with men who care about them and hold them accountable,” Potts said. “I’ve seen some come in with resistance, but by the time they leave, we have a good relationship.”

Empowering youth is a passion for Potts. It’s a role he also fulfilled as the former Minister of Youth at The Park Church.

I caught up with Potts to talk about the importance of male role models and the impact male mentorship had on his life. We also chatted about entrepreneurship. Three years ago, he took the leap from the 9-to-5 life to full-time entrepreneurship with his business, The Potts Group. We rounded out the conversation with his outlook on the future of Charlotte as it tries to establish its identity.

On this day, I met him at the McCrorey YMCA where he operates his STRONGER youth program. As we walked down the hall, he spoke to everyone who passed us. Potts used to hang out at the YMCA as a kid growing up in West Charlotte and says having his program there “reflects the demographic of the community that I hope to impact.”

Through your STRONGER program, you do a lot with mentoring young men in the community. Why go that route?

It goes back to the community of men who made an impact on my life. I grew up with some very challenging situations. Had it not been for these men who stepped up and made themselves available in my life, I really don’t know where I would be. My trajectory could have taken me anywhere in terms of the street life.

It was [former Charlotte activist] Ahmad Daniels who came to my school and handed me the book The Autobiography of Malcolm X. It radically changed my view of how I saw myself and what my role was in society, regardless of what I was dealing with on the home front.

From there, it went to people like [Greenville Memorial AME Zion Church] Reverend Sheldon Shipman and [The Males Place executive director] Reggie Singleton. The list goes on and on of men who made an impact.

You feel a sense of obligation and responsibility to do the same thing for other young men who perhaps don’t have that guiding light in their lives. As a village, we got to take responsibility for our upcoming kings to make sure they know what it is to wear the crown.

Talk about being an entrepreneur.

I always had kind of an entrepreneur spirit. If I had a lawn mower, I had a business. [laughs]

I remember when I was 18, 19 years old, I was going to start this business called “Take it to the Dumpster.” I had this truck, and I’m going to apartment complexes trying to sell this business. Got told no, a lot. But then I see somebody doing the same thing that I was trying to do back then as a young man. Just before my time. [laughs]

The entrepreneur route became a way to also create something that my family can be proud of, but it’s a hustle and grind every day.

Ok, two-part question. What’s your version of work-life balance and how does it pertain to your family?

My family orchestrated this celebration and gave me a trophy for my love and impact. To receive that honor from my family was the highlight of everything because you never want to get so busy helping others that you don’t help the people who are going to be there for you when everybody else is against you.

It literally brought me to tears and broke me down because I always want my family to be able to look at me and say ‘man we’re happy you’re part of our family. You make an impact not only here but around the community as well.’

What would you say to the person wanting to become a full-time entrepreneur?

You’re never off when you’re an entrepreneur. You’re always working, so be strategic and honest with yourself. And, as long as your family is with you, go for it.

As a Charlotte native, you’ve seen the city grow. What’s your hope for the city as it continues to develop?

I was in a meeting and one of the people said, “Every city has a rhythm and you have to be able to know what the rhythm of the city is in order to find your way.” So, I asked the question, “What if the rhythm is different? Is there not space for people like that in the community?”

I think what the majority has got to hear is that there’s another rhythm in the city. If we’re not able to align our efforts to join those rhythms together, we’re going to continue to have a divided city because we’re working too hard to have the identity of another place while ignoring the identities that are right here in the city.