Once an underground society for Charlotte’s creatives and those who love them, the city’s poetry community — and popularity — […] 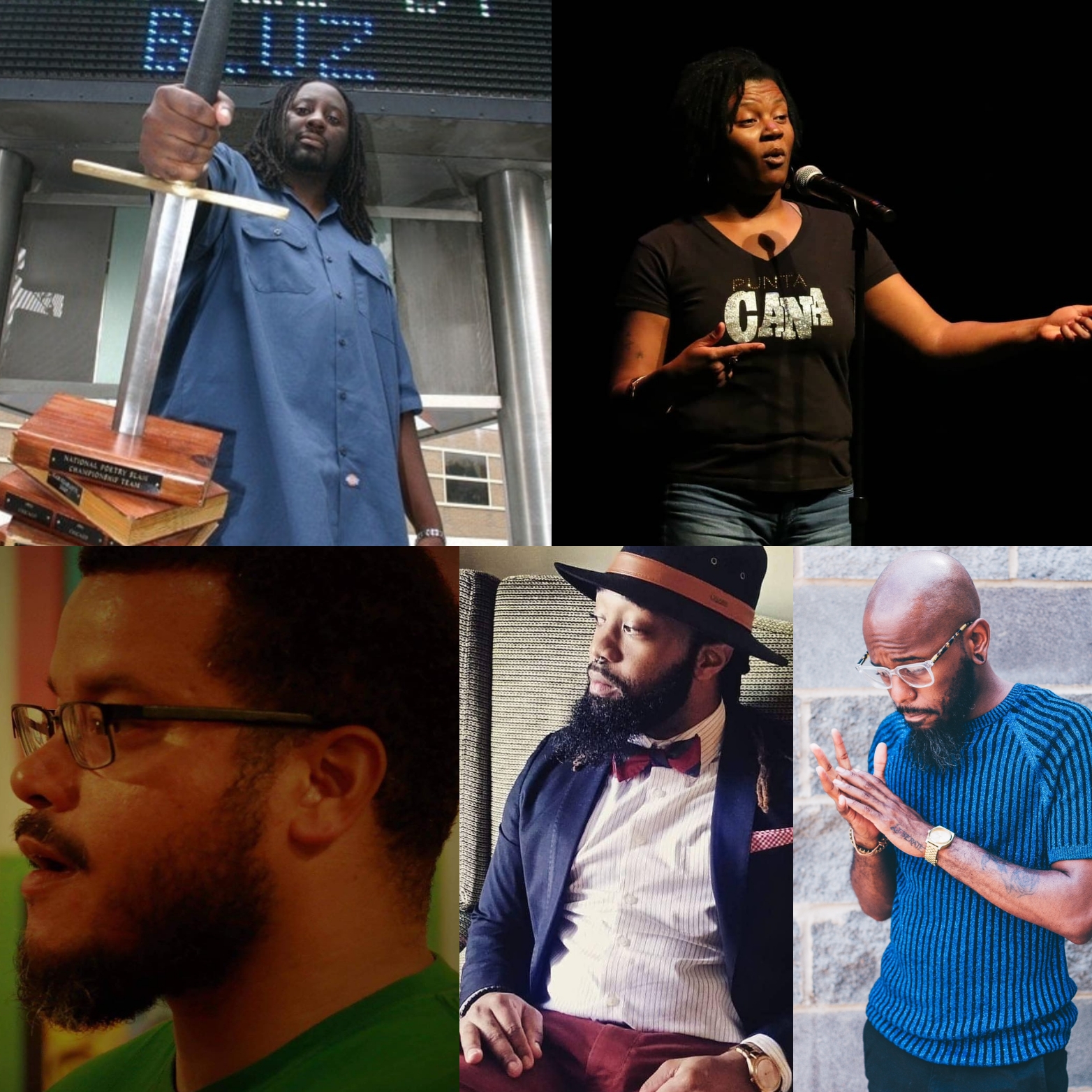 Once an underground society for Charlotte’s creatives and those who love them, the city’s poetry community — and popularity — has swelled beyond the cafés and lounges that once housed their performances. Home to national champions and touring artists, Charlotte’s spoken-word poets bring entertaining wordplay to a variety of topics. Here are five poets who represent a slice of that diversity. Their consensus: Whatever your taste, Charlotte’s poetry landscape has something for you.

Whether you’ve been here for 10 years or 10 minutes, you’re likely only a degree or two of separation from Boris “Bluz” Rogers. When Charlotte tried to (unsuccessfully) snag Amazon’s second headquarters last year, Bluz’s lyrical praises for the Queen City were featured in the “Charlotte is Prime” recruitment campaign. He’s the slam master who coached SlamCharlotte to their third national poetry slam championship title  last month. Whether it’s hip-hop haikus or social injustices, Bluz draws on life experiences in a way that affirms his status as an elder statesman on the local scene.

SlamCharlotte’s current Grand Slam Champion Jay Ward got hooked to spoken word as a way to improve public readings of his self-published book. It didn’t take long before audiences connected with Ward’s powerful onstage narratives that discussed race and culture, typically from a father’s perspective.

“I’m told my swag, voice and southern drawl makes my poetry so real,” said Jacksonville, Fla. native Kia Flow. A member of this year’s national championship poetry slam team, she gives life to verses that make you pay attention. Representing for the ladies, Kia reminds me of the floacist/songstress style of R&B duo Floetry but mixed with a booming voice and expressive hands that speak of past struggles. And it’s a beautiful thing.

I was first introduced to Sir Abstraxxx a few years ago when he performed at my 30th birthday party. The Charlotte native’s sweet spot is his deference to women, which comes across as if he’s speaking his future wife into existence. Offstage, Abstraxxx is a mellow dude with humor but transforms into eclectic soul once he’s behind the mic.