About 4,400 votes separated the candidates with all precincts reporting, according to unofficial election results from the state. 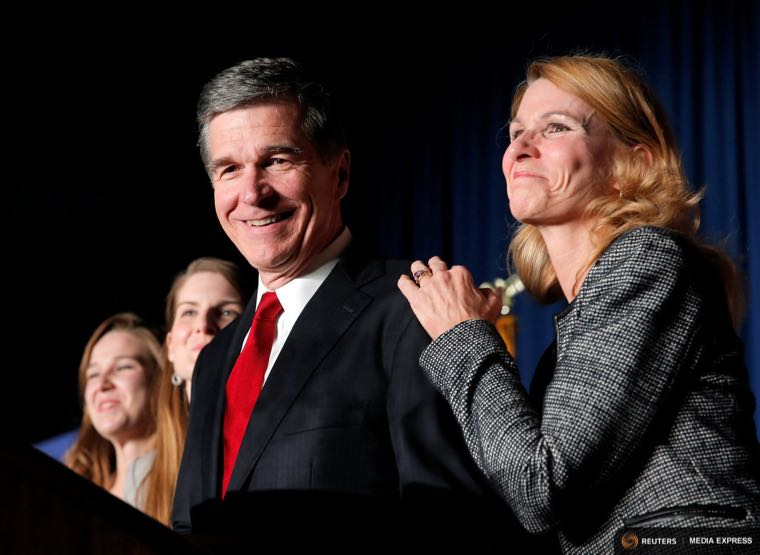 Republicans extended their majority of U.S. governorships on Tuesday as 12 states voted for chief executives, though the high-profile race in North Carolina was too close to call and the outcome may not be known until next week.

Democratic Attorney General Roy Cooper declared victory after gaining a razor-thin lead over incumbent Republican Governor Pat McCrory, who has been dogged by the backlash against a law he signed that restricts bathroom rights for transgender people and limits non-discrimination protections for gays and lesbians.

But McCrory told supporters early on Wednesday that the process of tallying an unknown number of provisional ballots could take until Nov. 18.

“The election is not over in North Carolina,” McCrory said.

About 4,400 votes separated the candidates with all precincts reporting, according to unofficial election results from the state.

The state extended voting times in eight Durham County precincts after problems with electronic voting rolls there earlier in the day. The county then uploaded about 90,000 early voting results late Tuesday, prompting concerns among Republicans as Cooper overtook McCrory in the ballot count.

Elsewhere in the country, Republicans picked up seats in Missouri and Vermont in races that had been considered toss-ups. A winner had not been declared as of early Wednesday in the competitive race in New Hampshire.

The outcomes of votes across the country were not expected, however, to dramatically alter the 31-18 advantage Republicans had over Democrats in the states’ executive offices going into Election Day. Alaska has an independent governor.

Pence offered his congratulations to Holcomb on Twitter, saying the governor-elect was “the leader who will keep our state moving forward.”

Republicans also celebrated in Kentucky, where they gained a majority in the state House of Representatives, the last Democratic-held chamber in the South. The takeover ended 95 years of a Democratic majority in that chamber.