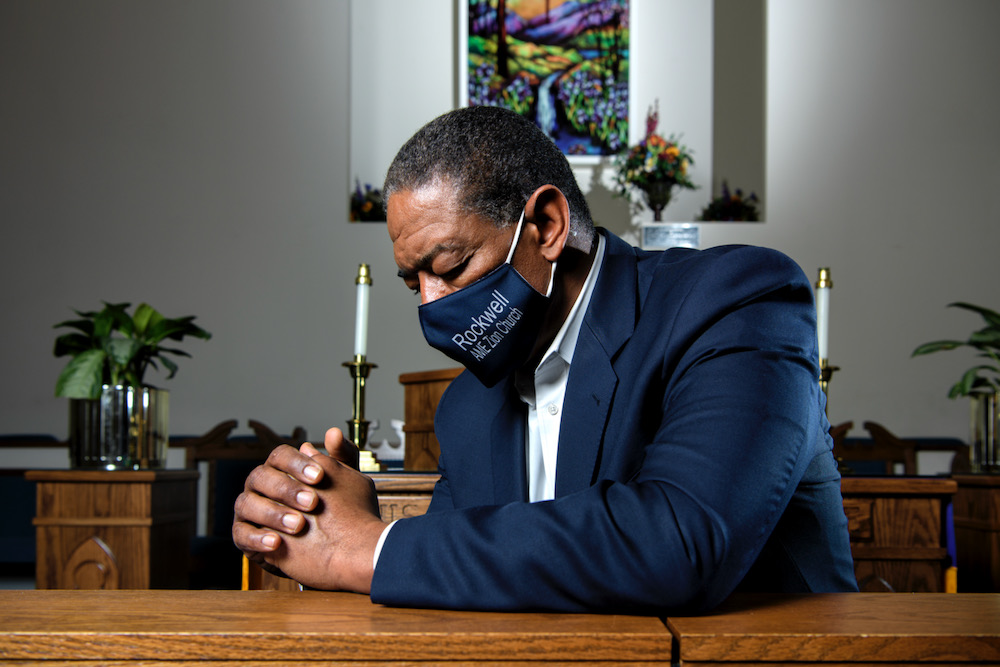 'Who's going to comfort the minister?'

By Rev. Jordan Boyd, as told to Patsy Pressley

I remember that call from my brother-in-law. He called to say, “Hey, I’m not feeling well. I’m going to the emergency room.” Two days later they confirmed that he had tested positive.

He went into quarantine and three days later started feeling worse. He went back in and never came out alive.

Oh, yes, this is very personal for me and my family.

My wife and I are blessed to be raising our nephew. Two years ago his mother passed away suddenly of a massive heart attack at age 50. His father was a delivery-truck driver, working from 3 a.m. to 3 p.m., so we agreed to take in our nephew and raise him. This past year, in May of 2020, my nephew’s father died of Covid, and so we are his parents now. It’s a blessing to us, and we hope to be a blessing to him.

There was a period where it seemed I had back-to-back deaths in my church. I think the number was eight. Those eight happened within about a 45- to 60-day period. Some were members; others were family related to members. Emotionally, it was really hard. But God saw us through.

Everybody looks to the minister to do the comforting, but who’s going to comfort the minister?

We find comfort in the words that we preach, that God is our refuge, our strength. We also find comfort in being able to share with colleagues going through the same thing. Men and women called by God are not infallible.

I look to the example of a 17-year-old member of our church who had just graduated from high school and then her mother died of Covid. She had no other family in town, but one of her aunts moved here to be with her. In the midst of all that, she said, “I don’t know how I’m going to make it, but I know I’m going to make it.”

We’re going to help and make sure she has an extended family.

It’s been different for pastoral care, because even clergy can’t go in and visit persons. I’ve spoken to members on the phone every day, but it’s not the same. The power in healing is in the touch.

Everybody’s so gloved-up and masked-up and protected. It is dehumanizing in a way. There’s a level of loneliness and isolation that people feel when they’re having to go through this in the hospitals.

I’m working three times harder now. Zoom has opened up, and you don’t have to go anywhere to have a meeting. It’s all day long.

The community obligations are nonstop. My wife didn’t realize what I do, but with the nonstop calls starting in the morning all the way to 8 at night, she’s like, “Now I see.”

I’ve not spoken in front of an audience since March 2020 — just preaching into a camera. Some of my colleagues say they’ve adjusted to it, but it’s been a hill for me to climb. That’s one aspect that has changed — the lack of response, the give-and-take that is customary in the Black preaching church.

We’re nine months into this journey now, and some people still aren’t considerate enough to wear a mask. But it’s more disappointing that some African-American churches still don’t get it. They’re still worshipping and not social distancing. As a result, in my opinion, people are being misled and misguided. People are dying and becoming sick.

Editor’s Note: We’ve long known about Covid-19’s disproportionate impact on Black communities across America. At QCity Metro, we want to tell local stories of loss, determination and even triumph. To share your story with our audience, contact our team.

“Portraits of Perseverance” is funded by the Facebook Journalism Project and sponsored locally by OrthoCarolina.

This article has 7 comments.