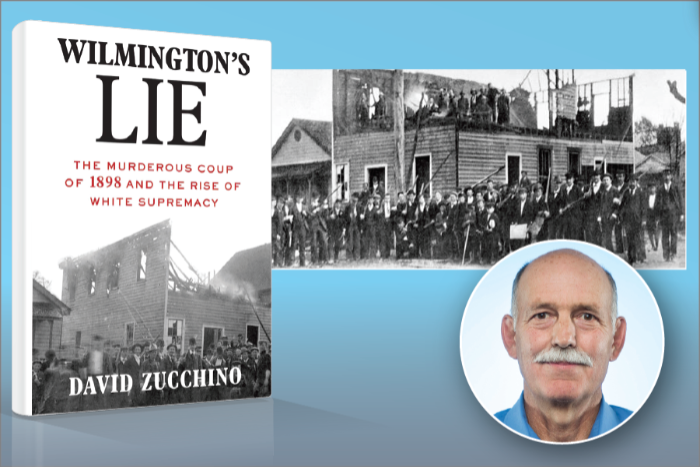 Join Pulitzer Prize-winning journalist David Zucchino when he comes to Charlotte for a community discussion about his new book, "Wilmington's Lie: The Murderous Coup of 1898 and the Rise of White Supremacy."

"Wilmington's Lie" tells the gripping story of our nation's only successful coup of a duly elected government -- and it happened along the shore in North Carolina when a mob of white supremacists took up arms to overthrow a political coalition made up of poor whites and the former enslaved in the city of Wilmington.

In the process, the mob also destroyed some of the most successful black-owned businesses in the state, scattering black business owners without reparations.

Some say the political tactics used by white supremacists in 1898 echo strongly in today's political climate.