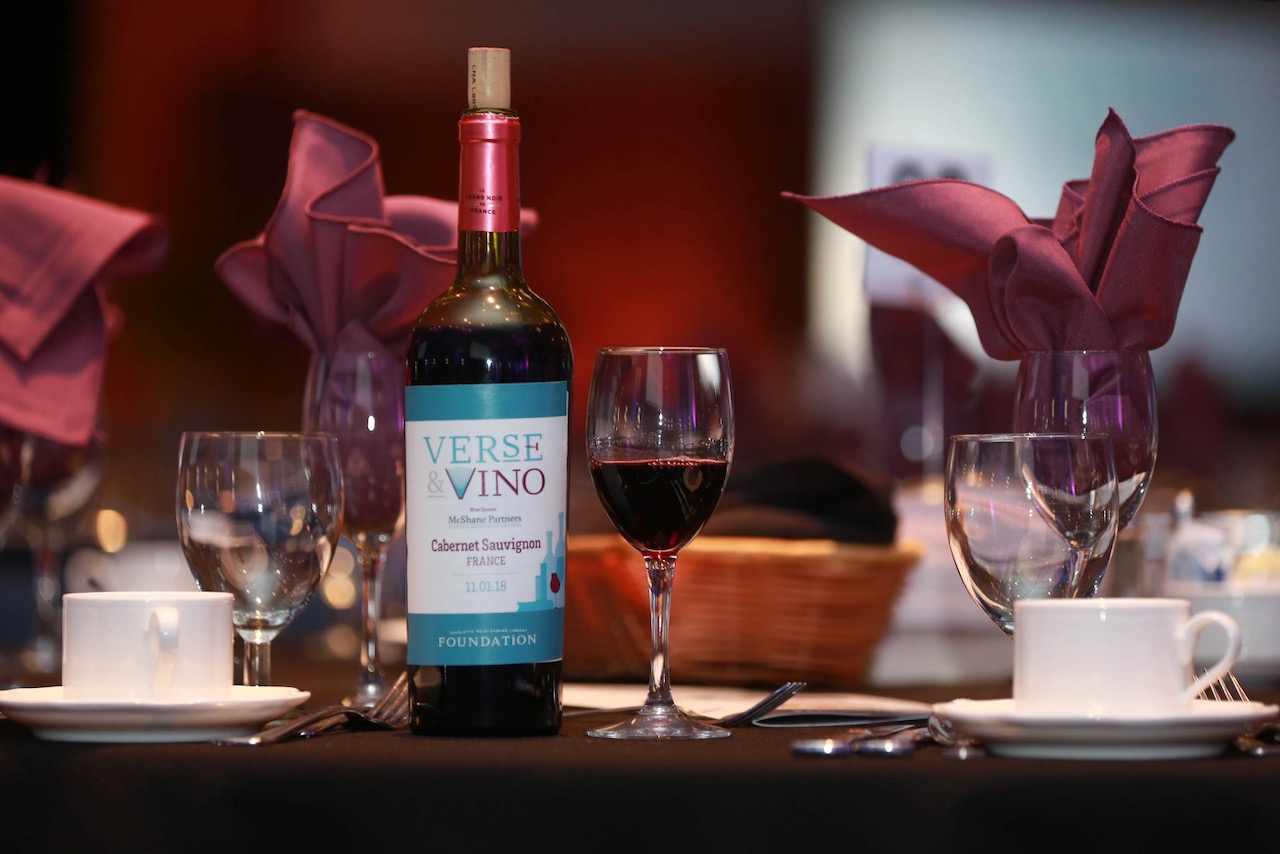 Verse & Vino is a Charlotte literary tradition. Now in its sixth year, the Charlotte Mecklenburg Library Foundation’s signature fundraising event is a memorable way to celebrate the joy of reading, and to reflect on the importance of libraries and literacy with New York Times best-selling authors.

This year, in addition to appearances by the authors, Charlotte Mecklenburg Library will make an important announcement. The evening of prose, wine, food and laughter is expected to draw 1,300 attendees. Tickets are on sale now.

The Authors:
This year's lineup features history, poetry, and everything in between!

• Karen Abbott is the New York Times best-selling author of historical non-fiction, including Sin in the Second City, American Rose (an Indie Next pick), and, most recently, Liar, Temptress, Soldier, Spy, named one of the best books of 2014 by Library Journal, The Christian Science Monitor, and Amazon. New Release: The Ghosts of Eden Park
• Ross Gay is the author of three books of poetry: Against Which; Bringing the Shovel Down; and Catalog of Unabashed Gratitude, winner of the 2015 National Book Critics Circle Award and the 2016 Kingsley Tufts Poetry Award. New Release: The Book of Delights
• Alice Hoffman is the author of more than thirty works of fiction, including The Rules of Magic, The Marriage of Opposites, Practical Magic, The Red Garden, the Oprah’s Book Club selection Here on Earth, The Museum of Extraordinary Things, and The Dovekeepers. New Release: The World That We Knew
• Kevin Wilson is the author of the novels The Family Fang, a New York Times best-seller adapted into an acclaimed film starring Nicole Kidman, and Perfect Little World, as well as the story collections Tunneling to the Center of the Earth, winner of the Shirley Jackson Award, and Baby, You’re Gonna Be Mine. New Release: Nothing to See Here