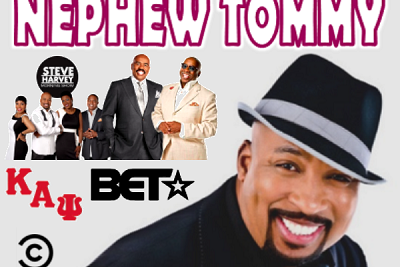 From the nationally syndicated Steve Harvey Morning Show! There’s more to Tommy than radio talk, he’s an actor, writer, comedian, and entrepreneur. Before launching his career as a radio personality, he was chosen as the exclusive opening act to tour with the legendary Luther Vandross for three years. As an actor he’s made special guest appearances on such television shows as Sister, Sister and The Parkers. His feature films include Thug Life, 4 Deep and Fifth Ward. Tommy has also appeared on Showtime at the Apollo, and Black Entertainment Television’s (BET) Comic View.