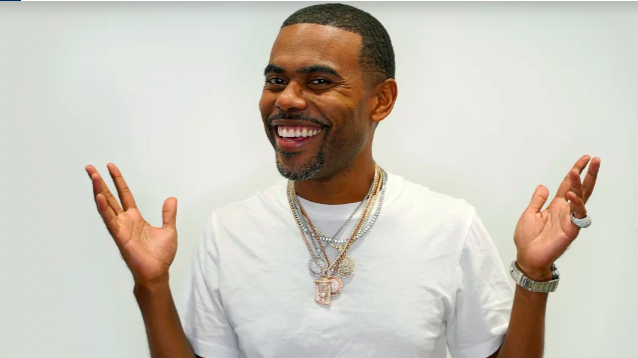 Celebrities aren’t exactly pouring out of Jacksonville, Florida but that’s only made Roland Powell’s grind more ferocious. Proclaiming himself “Lil Duval” after the county from which he hails, he has literally put his home turf on his back as he touches every nook and cranny available with his special brand of humor.
Born with the gift to make people laugh, Lil Duval explains that, for him, “comedy was a natural thing. People always found me funny. It wasn’t that I was trying to be funny; they just found me funny."

Duval got his start at Atlanta’s legendary Uptown Comedy Corner, and from there hit the road with Cedric the Entertainer and released two underground comedy DVDs: Dat Boy Funny (2003) and Put Your Hands on Me (2005). Additionally, he appeared in Three 6 Mafia’s Choices II: The Setup as well as hot videos like T.I.’s “Rubberband Man,” “24s,” “Whatever You Like” and Yung Joc’s “It’s Goin Down” and “Coffee Shop.”

You can catch Lil Duval on Twitter where he regularly dispenses his thoughts via @lilduval as raw and witty as only he can, or you can catch him live at the Knight Theater.
Venue
Knight Theater at the Levine Center for the Arts
Address
550 South Tryon Street , Charlotte, NC 28202
Start Time
8:00 pm
Cost
$24.50
Event Category
Comedy
Tickets/Registration
Visit Website
X
no thanks