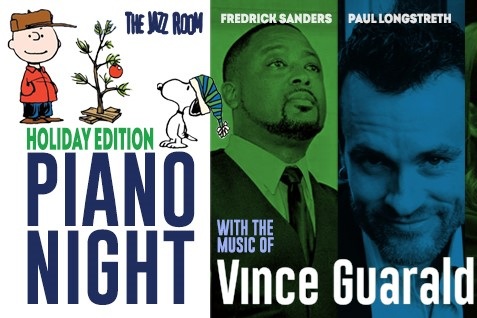 A holiday classic back by popular demand, join us for the music of legendary composer Vince Guaraldi.

Join us for one of the most swingin’ holiday season celebrations in town as the JAZZ ROOM celebrates the music of legendary composer Vince Guaraldi and A Charlie Brown Christmas. The evening features five of the region’s most gifted jazz pianists playing the music of Guaraldi, best known for Charlie Brown, “Peanuts” television Christmas specials. This family-friendly presentation will feature classic holiday favorites and surprises that will help make your season merry and bright.

The evening’s festivities will include a pre-concert dessert reception and silent auction supporting JazzArts programs, including the JazzArts Academy and Sponsor A Student scholarships.