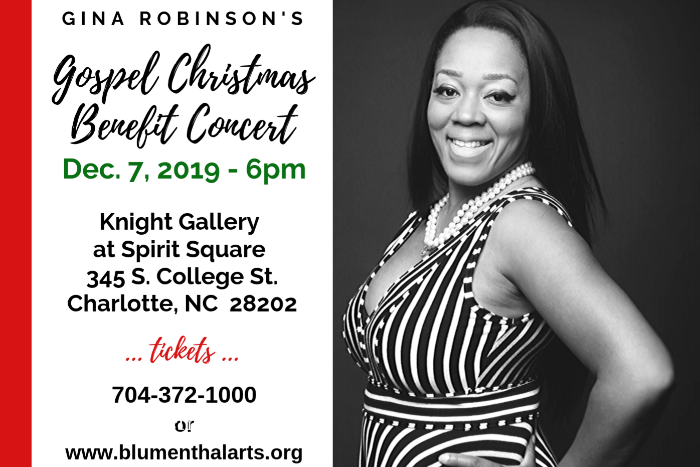 TOYS! TOYS! TOYS! WE NEED TOYS! Get ready for Gina Robinson's Annual Gospel Christmas Benefit Concert for the Salvation Army on December 7, 2019 at the Knight Gallery at Spirit Square, 6:00 pm. Bring a friend and a TOY and come enjoy some good gospel music by recording artist Gina Robinson along with her special guests Eric Goodwin, comedian Tara Brown, topped off with your favorite Christmas carols to get you in the Christmas spirit. And don’t be surprised if you find yourself with a microphone singing along! The toys will be distributed to some of the 13,000 children serviced in Mecklenburg County for Christmas by The Salvation Army.