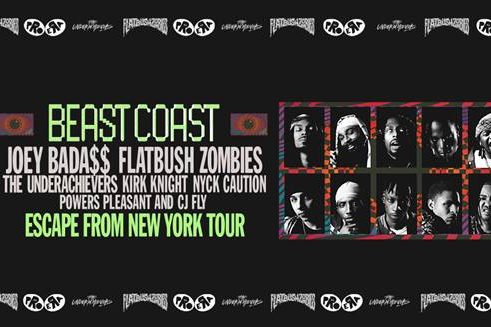 Beast Coast released their highly anticipated first-ever collaborative track “Left Hand” off of their upcoming project. The hypnotic metronomic beat on “Left Hand” provides a propulsive backdrop as the 10 MCs cypher from verse to verse. The song was co-produced by Tyler Dopps and Sam Wish.