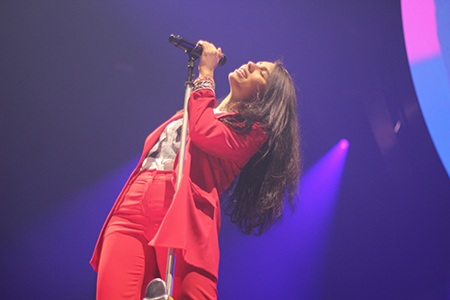 Cara exploded onto the music scene in 2015 with her smash debut single “Here,” an ode to homebodies everywhere who feel out of place at social functions. “Here” sold more than three million copies and became Spotify’s Most Viral Song of 2015.

She followed up with the multiplatinum No. 1 “Scars to Your Beautiful,” an honest and gut-wrenching look at body image and dangerous behaviors in the name of beauty. She lent her vocals to “How Far I’ll Go,” the official song for Disney’s “Moana.” Her recent No. 1 collaborations with Zedd – “Stay” – and Logic – “1-800-273-8255” – earned her 2017’s status as the most streamed new female artist.
Tweet
Share
Share
0 Shares
Venue
Winthrop Coliseum
Address
1162 Eden Terrace
Rock Hill, SC 29732
Start Time
8:00 pm
End Time
10:00 pm
Cost
$36-$70
Event Category
Music
Tickets/Registration
Tweet
Share
Share
0 Shares
X
no thanks