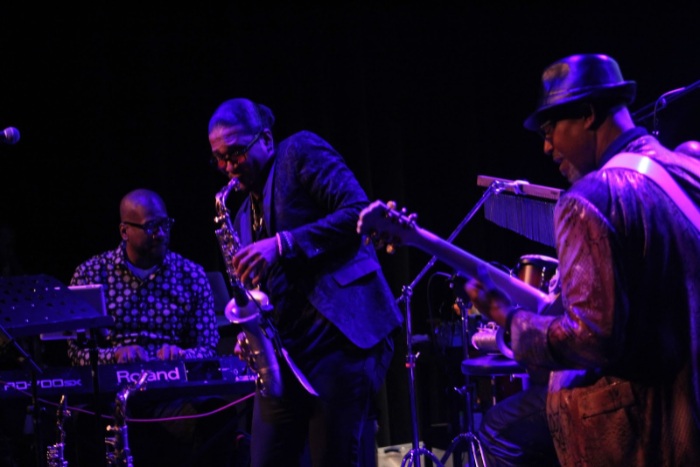 Adrian Crutchfield is known around the world for his neo-soul sound – creating music in a variety of genres, including jazz, R&B, pop, funk, soul, hip hop, and fusion. His high-energy show brings a diversity to jazz never seen before with music for every generation! Adrian takes pride in bringing a new and powerful sound, merging jazz with today’s pop and hip hop.

Crutchfield has taken the world by storm in recent years, not only as the last sax player to perform and record with Prince, touring the world and being featured on Prince’s last three albums, but also touring domestically and internationally with acts such as Lionel Ritchie, Bette Midler, and Cee Lo Green.

BreakOn' Em Davis - An amalgamation of Jazz and Funk intertwined with a shot of Soul driven by master Drummer Ocie Davis, the internationally recognized musician, educator, and composer, Davis has traveled the world performing at festivals and venues with some of the most influential figures in jazz. Some of those notable musicians include Ellis Marsalis, Terence Blanchard, Christian Scott, Nicholas Payton, and Donald Harrison, who called Davis "one of the premiere drummers in jazz." Davis has also had the distinction of being recognized as a Jazz All-Star by New Orleans Magazine.
Tweet
Share
Share42
42 Shares
Venue
Booth Theater at the Blumenthal Performing Arts Center
Address
130 North Tryon Street
Charlotte NC, 28202
Start Time
8:00 pm
End Time
10:00 pm
Cost
$15 - $40
Event Category
Music
Tickets/Registration
Tweet
Share
Share42
42 Shares
X
no thanks