Where the historic Plato Price School once stood, Habitat for Humanity will build 39 affordable homes 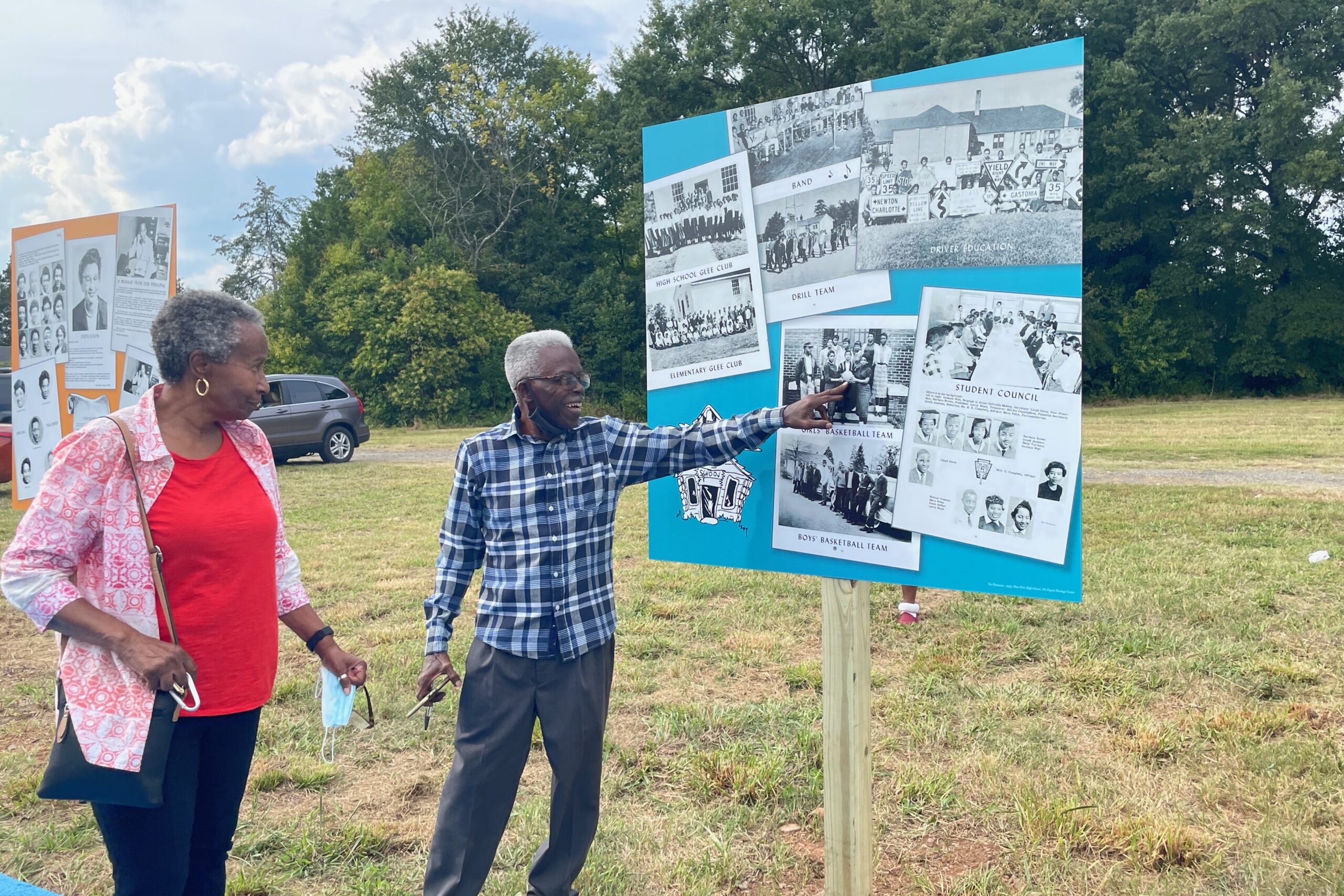 Alumni of the Plato Price School point out classmates at the groundbreaking of The Meadows at Plato Price on Sept. 8. Photo: Sarafina Wright

More than 50 years after the Plato Price School closed its doors in 1966, dozens of its former students returned this week to the school’s former site on Morris Field Drive in west Charlotte.

It wasn’t an alumni gathering that drew them there; rather, they gathered to celebrate a symbolic groundbreaking for a new affordable housing development that Habitat for Humanity of the Charlotte Region has planned for the nine-acre property.

When completed, the Meadows at Plato Price will include 39-single family homes, a community meeting space, walking paths and dedicated nature areas. And with a price tag of about $7.8 million, it also will be Habitat Charlotte’s largest project to date.

Among other project donors, Ally Charitable Foundation has pledged $1 million over four years, matching a $1 million gift from the city.

“Here in the West Boulevard corridor, we know that the majority of families don’t own their homes,” she said during the groundbreaking ceremony. “Only one in four west Charlotteans own their homes — 26% — and when we compare that to the rest of Mecklenburg County, the rate is more than double at 57%.”

“The Meadows at Plato Price,” she said, “offers a family a chance at a better future.”

According to the 2020 Charlotte-Mecklenburg State of Housing Instability & Homelessness report, the inventory of permanently affordable housing in Charlotte is shrinking.

As of July 31, about 3,150 people in Charlotte-Mecklenburg were listed as homeless — 74% of whom were identified as Black.

The report also noted a 23,060-unit gap in rental units for households with extremely low incomes — those at or below 30% of Charlotte-Mecklenburg’s average medium income.

People who work to provide shelter for vulnerable residents say the city’s housing shortage has been made worse by a number of factors — gentrification and the Covid-19 pandemic included.

In April, a coalition made up of dozens of local organizations — including city and county governments — announced plans to develop a five-year strategy to address housing insecurity in Charlotte.

At Wednesday’s groundbreaking, Mayor Pro Tem Julie Eiselt said the Plato Price project would allow more families to “reap the many financial, health and well-being benefits that come from being a homeowner.”

Founded in 1915, Plato Price School stood as the centerpiece to a once-thriving Black neighborhood in west Charlotte.

The school served Black students in grades 1 through 12 until the Charlotte-Mecklenburg school board closed it in 1966 as part of the system’s desegregation plan.

After its closing, the school remained vacant until the 1980s, when the city of Charlotte took ownership of the property, which it later donated to Habitat Charlotte.

At the groundbreaking ceremony, Hoover said the school, the poorest in the county in those days, produced attorneys, judges, Ph.D’s, dentists, doctors, educators, professional athletes, and hard-working citizens — all with few resources.

He credited the school’s teachers and administrators.

Hoover says he was the first Black student from Charlotte to graduate from the state’s flagship institution — the University of North Carolina Chapel Hill. His Plato Price classmate Mel Watt was the second.

Hoover said he would like to see the Plato Price Alumni Association to have a mentoring presence in the new community that will be built on the site.

He said he wants the community to have a preschool, a literacy program, night classes for adults and a scholarship fund for for college-bound children.

“Mentoring was done by our teachers, and we can do that for those kids,” Hoover said.

The Meadows at Plato Price is slated for completion in late 2024.