For those in need, Project Outpour provides mobile showers and a sprinkle of dignity 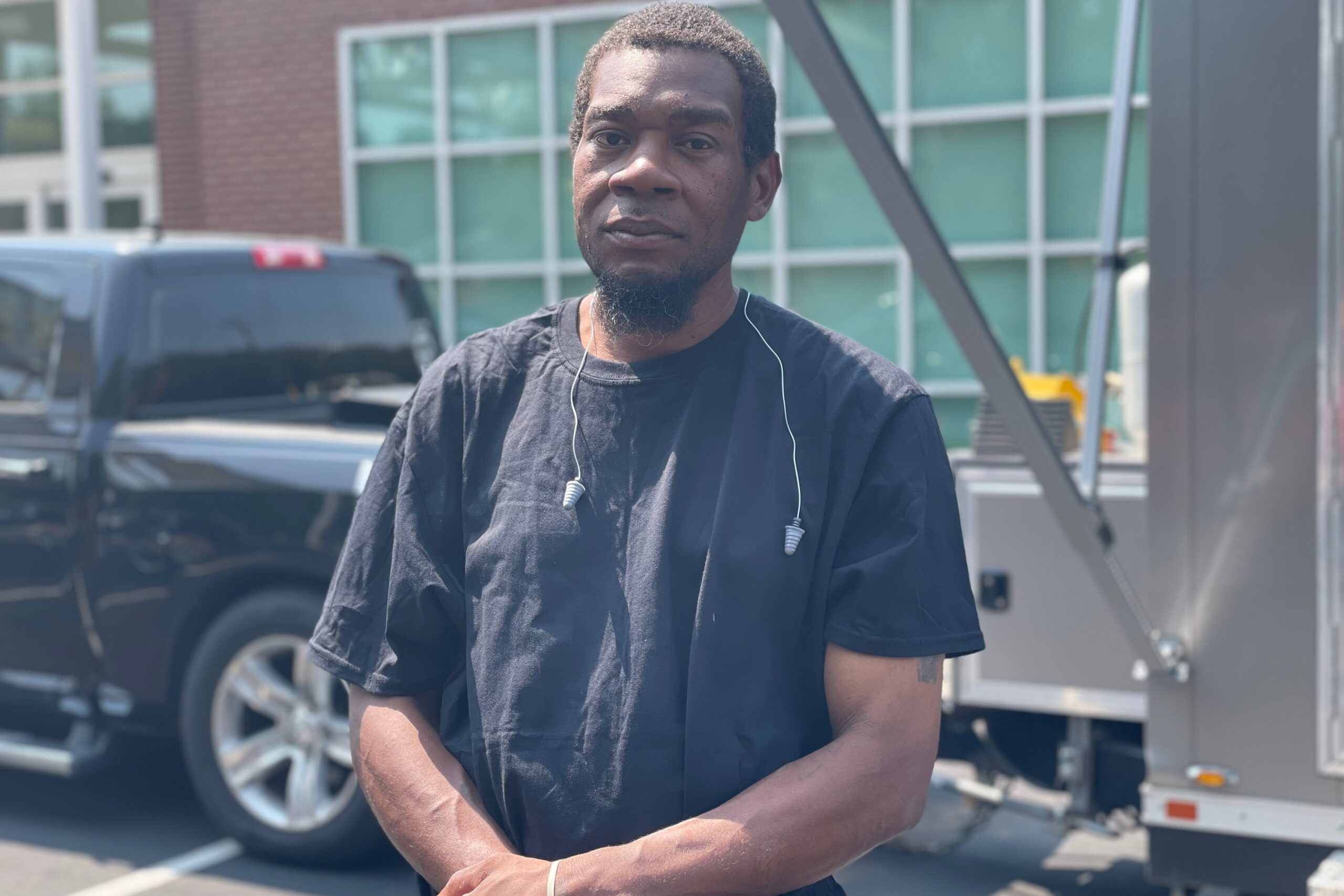 Ever since last spring, when Project Outpour first arrived at the Allegra Westbrooks Regional Library on Beatties Ford Road, Leaks has been using the service to shower and get hygiene products like lotion, deodorant and lip balm.

Because he lives in transitional housing, he said, showers and privacy aren’t always available, so he’s grateful that he can bathe at a convenient location like the library, which he visits almost daily.

The mobile shower, he said, has made him “want to get more fluent” with his hygiene.

Leaks represents many who use Project Outpour’s shower trailer.

Some live in transitional housing; others are homeless or live in cars. And there are a few who may be housed but have no running water, says Laura Gorecki, Project Outpour’s chief dignity officer.

Leak, who was left homeless when his grandmother died two years ago, said he wants to own a home someday. He is on a list with the Winston-Salem Housing Authority, he said, and hopes to be connected with housing in about two months or so.

In operation since 2018, Project Outpour seeks to alleviate suffering and promote holistic health and dignity…one shower at a time.

Every week, Gorecki cranks up the nonprofit’s Ram 1500 pickup truck, with its two-stall shower trailer hitched to the back, and sets out to serve those in need, accompanied by volunteers.

On Tuesdays, they can be found at Dilworth Soup Kitchen on East Blvd. On Wednesdays, they stop at Allegra Westbrooks Regional Library. And Thursdays find them at Memorial United Methodist Church on Central Avenue. They operate from 10:30 a.m. to 1 p.m.

At each location, guests get 20 minutes to use the shower, sink and toilet, all free of charge. No reservations are required.

Gorecki said that when they first arrived at the Allegra Westbrooks Regional Library in April, they’d serve one or two people per shift, but in recent weeks, she said, the number of people seeking showers has increased. Others come for the free toiletries, she said.

The majority of the patrons are men, and many arrive through word of mouth, which Gorecki said has been Project Outpour’s greatest asset to reach new people.

As of June 30, about 3,137 people in the county were experiencing homelessness, 77% of whom were Black, according to data from Mecklenburg County. This number included 361 households, 2,001 single individuals, 120 unaccompanied youth and 223 veterans.

Gorecki said for many of the homeless individuals she works with, poor hygiene can keep them in a cycle of being unhoused.

She added that a lot of times people are hesitant to seek any services because they don’t have access to a shower.

“I talk to guys all the time where I’m their only shower every week,” she said. ”You certainly wouldn’t want to go to a job interview if you haven’t showered in a couple days. It’s the difference between being able to get the job and keep the job. Because if you show up to work without showering for a few days, your employer isn’t going to be too happy with you.”

As a staff of one, Gorecki said that providing showers to dozens of people a week has its challenges.

She said Project Outpour needs more volunteers and donations; the shower trailer costs about $5,000 a month to operate. But Gorecki says the most pressing issue is finding locations where the shower trailer can operate, given the necessary requirements.

The trailer needs ample parking space, access to a sewer clean out [along with a use-permit from Charlotte Water], a hook up to electricity and a water faucet, all of which must be adjacent to a parking lot.

Gorecki said the Allegra Westbrooks Regional Library has been a good fit for Project Outpour because it can accommodate them and it’s serving a need in the West End — a community that’s been designated as a priority area by city officials for food insecurity, crime and housing.

Hannah Terrell, the branch leader at Allegra Westbrooks Regional Library, said its mission is to improve lives and build a stronger community, so partnering with Project Outpour “makes perfect sense.”

“For many individuals experiencing homelessness, access to Wi-Fi and having their basic hygiene needs met are two important goals this partnership is able to achieve,” Terrell said. “Our library branch locations are embedded within the community and provide easy access and convenience. Why wouldn’t we do that?”

Gorecki said one of the great things about being located at the library is “seeing the light bulbs go off” of people who pass by and stop to learn more.

It’s a chance, she said, to dispel notions that people who are homeless “don’t mind being dirty.”

Donate to Project Outpour
X
no thanks