Cultural immersion series kicks off with an ode to house music 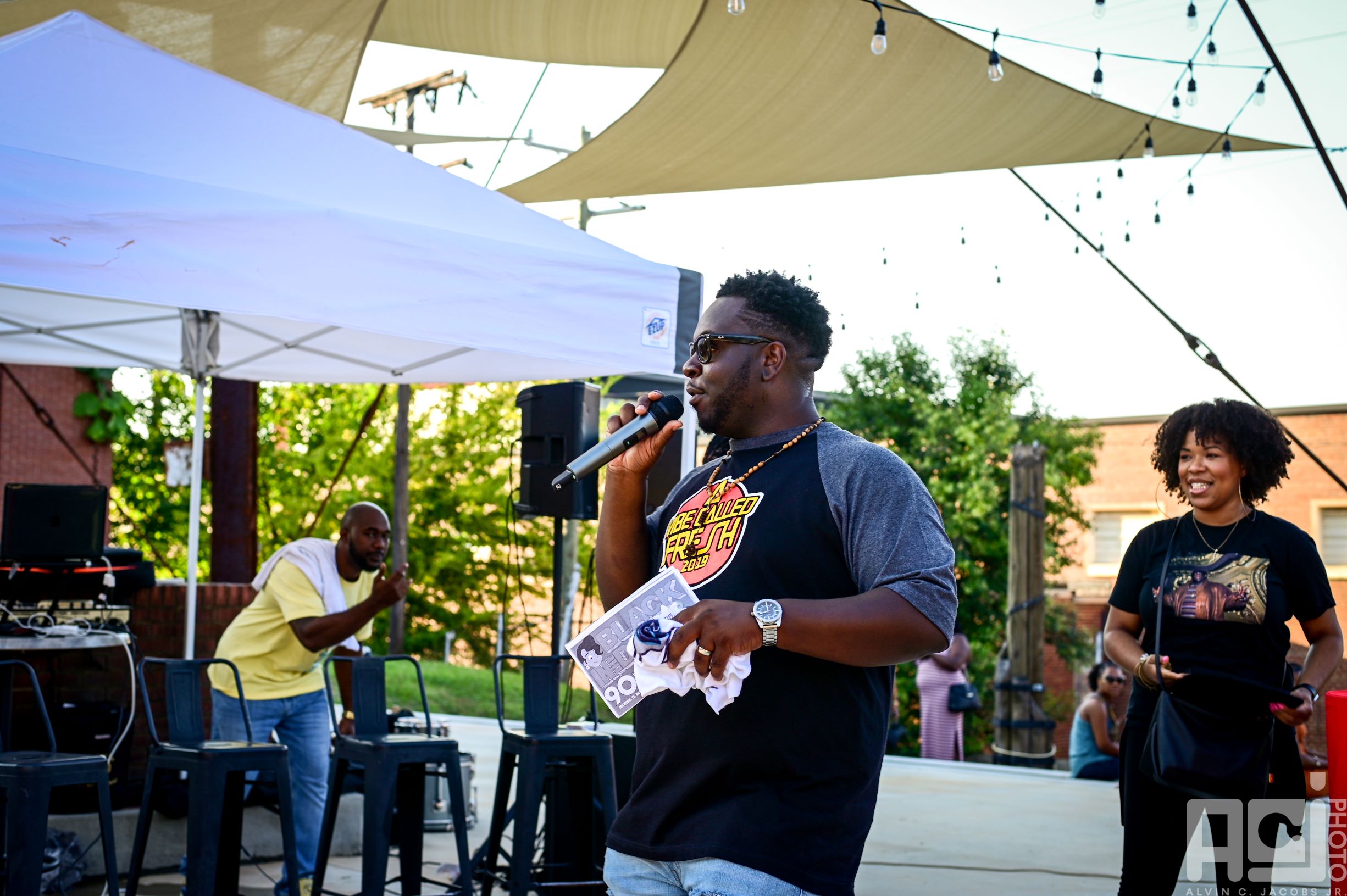 Charlotte native Winston Robinson is one of the organizers behind the cultural immersion series, A Vibe Outside, kicking off on July 24, 2021. Photo: Alvin C. Jacobs Jr.

Trace the roots of house, Go-Go and soca music subgenres, and you’ll find their beginnings in Black communities. A local group is putting each style on display in a three-part outdoor series called A Vibe Outside.

The Applesauce Group will host its first installment — The House Music Jam — on Saturday, July 24, at the West Complex in Historic West End.

Winston Robinson, one of the group’s founders and host of A Vibe Outside, said one goal is to expose attendees to nuances within subcultures of Black music.

“These things are valuable elements of culture we want to introduce to people in Charlotte,” the Charlotte native added. “This being a transplant city, it gives people who come from these areas somewhere to step out front.”

House music is heavily influenced by 1970s disco and characterized by uptempo beats that mix in drum machines and synthesizers to create its distinct sound. Knuckles earned the nickname “the Godfather of House Music” because his Chicago club, the Warehouse, is widely credited as the birthplace of house music. Listen to Knuckles’ house version of the 1982 track, “Your Love,” below.

Tucked within the cultural vibes, Robinson says the underlying mission of the event is to educate people on the value of homeownership and to provide resources that help people acquire homeownership.

According to the National Association of Real Estate Brokers, current Black homeownership rates fall significantly behind their white counterparts, 45.1% compared to 73.8%, respectively.

Robinson, too, is passionate about encouraging Black homeownership. A Vibe Outside is an offshoot of A Vibe Called Fresh, another community day party produced by the Applesauce Group. He previously told QCity Metro that over two dozen citizens became first-time homebuyers as a result of the programs and guidance provided through A Vibe Called Fresh.

“While you’re here, we can link you to, hopefully, something that could change the trajectory of your life,” he said.

A Vibe Outside: The House Music Jam

Cost: Free, register to get a free skate rental for the pop-up skating rink

More info: Follow @avibecalledfreshclt for dates of future events in the series.