Q&A: Four months after arriving from Seattle, Charlotte Mecklenburg Library’s new CEO has a vision ‘to change and adapt’

Like other industries, libraries must "change and adapt to the way people use us, and people are becoming more digital," he said. 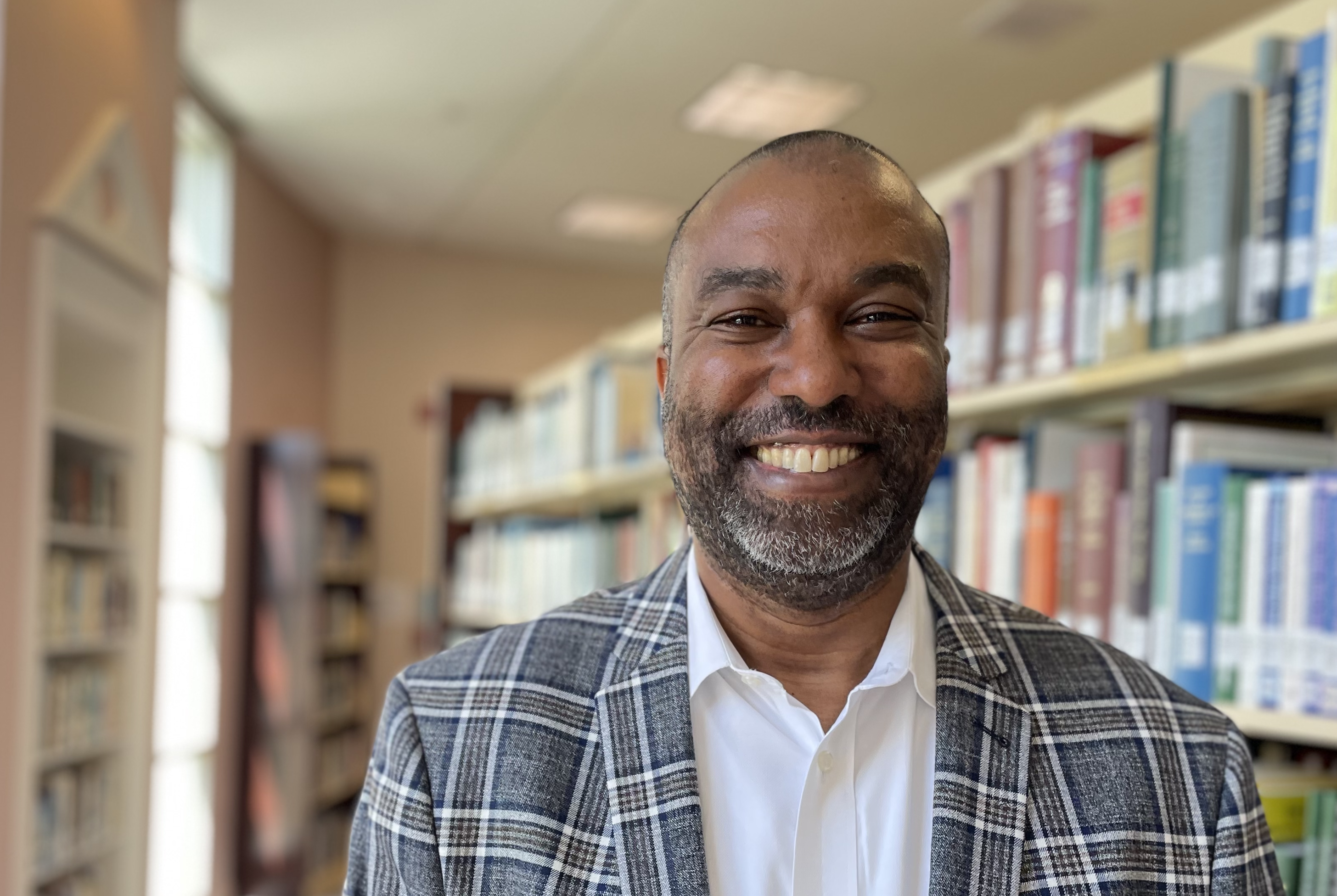 This article was first published in The Charlotte Ledger.

Marcellus “MT” Turner is almost four months into his new position as the CEO and chief librarian of the Charlotte Mecklenburg Library system, and he’s got some big plans — like the recent removal of library fines, for example.

From there, he started working at an academic library at East Tennessee State University before switching to public libraries. His 30-year career has carried him to libraries across the country from Illinois to Colorado to Washington. Most recently, he served as the executive director and chief librarian of the Seattle Public Library for 10 years. Now, he said he would love to end his career in Charlotte.

The Ledger sat down with Turner to learn more about what landed him in Charlotte, his plans for the library system and what books he recommends everyone should read (or listen to). Answers have been edited for clarity and length.

Q. What attracted you to Charlotte?

Charlotte’s library system has been well-known and well-regarded in the library world. They were one of the first libraries to win Library of the Year back in the ’90s, so there’s always been a little space in the back of my head saying, “What is Charlotte doing?”

I knew a few people who worked here, and I knew they were good people and really working hard for the profession. I knew that the search committee was interested in restoring some of that glory to the library system that the previous administration had built in. From the personal side, I enjoy the fact that my job allows me to work in many different places, and I hadn’t lived in the South in 25-plus years, so I was really interested in getting back here. I would be very happy if my career ended here.

Q. You’re entering your fourth month in this new position. How’s it going?

It’s warm here. I got here on April 4, and I said, “Oh my God, it’s hot.” I was telling someone and they said, “If you’re already turning on your air conditioning in April, you’re going to have a real problem.”

But it’s been wonderful. The people are so welcoming. The staff is amazing. I have met so many people here in the city.

Q. Have you made any connections in the community yet?

I’ve met really wonderful people who believe in libraries and who believe in the city of Charlotte and the county of Mecklenburg. It liberates your thinking around what you can do.

I had a chance to meet the superintendent of schools, met presidents of the colleges and universities and met the president of Johnson & Wales. I’m just excited about what all of that offers. The community has opened its doors.

Q. How are libraries changing?

The future of libraries is how do we respond to disruptors that occur like AI? Is artificial intelligence going to step into a space where people are choosing books by computer as opposed to coming in and asking the library? What are we going to do about urbanization and density? Do we have enough libraries to serve the many people coming into the city?

Q. How does the Charlotte Mecklenburg Library system fit into the national conversation about the future of libraries?

We’re going to have to help our city solve some of the social issues that occur in their communities. My biggest challenge right now is I don’t know where we sit with the pandemic. We’re coming out of it, so I haven’t gotten a real glimpse of what uptown looks like in that environment. I don’t know what the most pressing issues are for the city.

I know housing affects every city, but I would imagine education is a problem in most cities. We’re just going to have to look for ways to help. I believe that we have a role and a responsibility to help the city try to address those issues.

Q. What are your goals for Charlotte Mecklenburg Library?

We need to make sure that the people of this community know that we’re here to help them. They are not just another person walking in the door. We may not understand their culture, but we respect what their culture brings to the table. They will be greeted warmly. Their visit with us is not an imposition on us. So that’s what being a socially conscious library is about.

I’ve had classmates who moved quite often, and a book gets lost in the move or the hours of the library just didn’t match for the parent or caregiver to get the book returned. So much is out of the kid’s control, and just being able to return that ownership, that responsibility, that authority to them goes a long way. I’m hopeful it brings people back. I’m hopeful that it allows that person to achieve whatever it is that they need.

We have three goals that we serve: educational, informational and recreational. I’m hoping that they can find opportunities in any one of those pursuits through one of our libraries.

Q. How’s the fundraising going for the new Main Library?

The fundraising is going very well. We are very fortunate that the county is supporting us in this effort, but the for-profit dollars are going very well. People are investing in the library because they recognize the value that it gives to the community.

Q. Do you have any book recommendations?

One of the things I’m going to love about being back in Charlotte is I’m driving more, so I can listen to books on tape. I just finished listening to a book that came out three years ago which is set here in North Carolina: “Where the Crawdads Sing” by Delia Owens.

Oh my God, that book is good. I pull books based on the title — you know, “Don’t judge a book by its cover” — well, I did. I pulled it and I thought, “This is an interesting title.”

I’m listening to “Men Without Women” by Haruki Murakami. It’s seven short fictional stories, each one of a man telling stories about how important women were in their lives, and it’s absolutely amazing. I didn’t know what I thought the title was going to be about, but it was intriguing enough for me to pull it off the shelf.

I’m just amazed and awed by the talent of writers and authors.