Sonyah Spencer says books have helped her heal during some of life's most difficult periods -- especially following the death of her oldest son in 2013. 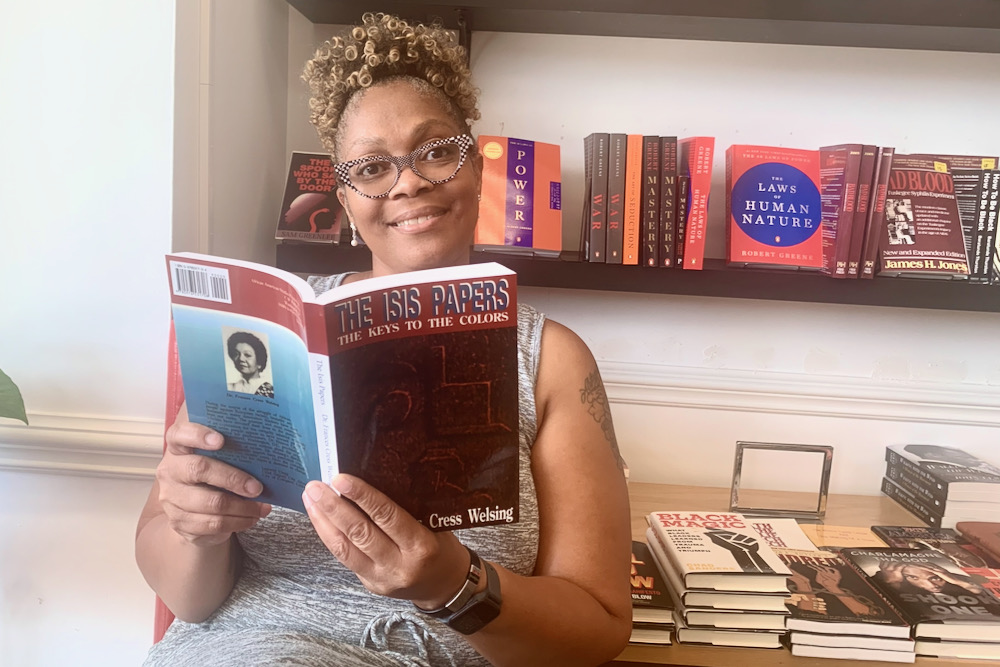 Sonyah Spencer, owner of Urban Reader a bookstore in University City, said she wants to create a "comfort place" for those who like Black authors. Photo: QCity Metro

Twenty years ago, Sonyah Spencer was a college student trying to make some extra money by selling her old textbooks on Amazon. Now she’s preparing for the grand opening of her own bookstore on Saturday in Charlotte’s University City.

Urban Reader Bookstore, at 440 East Mccullough Drive, is filled with more than 3,000 books, from children’s stories to autobiographies to cooking recipes — all written by Black authors.

The Fairborn, Ohio, native has been selling books online and at festivals and expositions since 2000. She moved to Charlotte in 2015, bringing with her a passion for reading.

“It’s time for us to have a comfort place,“ she said. “[You] never know what is going on with someone, but guiding them to a book is awesome.”

Spencer will open her store during a tumultuous time for independent booksellers, who face continuing pressure from the likes of Amazon, the online behemoth. But with much of the nation also focused on issues of race and social justice, her timing could prove fortuitous.

Not just a bookstore

Spencer said she wants Urban Reader to be more than just a Black bookstore; she wants to create a space where people can “embrace the culture, ask questions and heal.”

Books, she said, have helped her cope during some of the most difficult periods in her life, including after her oldest son, Brandon, was killed in what Ohio press reports described as a “domestic incident.”

“Nobody wants to lose a child…I personally feel my setbacks are my signs to keep moving forward,” Spencer said. “I have PTSD and depression, but I refuse to make it my excuse.”

Spencer said her tragedy became her motivation and reason to continue pursuing her dreams of opening a bookstore while also building generational wealth for her family.

“That generational wealth is still in honor of my deceased son, but also giving wealth to my surviving child,” she said. Spencer’s surviving son, Breon, serves as the bookstore’s manager, helping his mother with the upkeep and day-to-day operations.

Aside from her family, Spencer said she wants the shop to provide opportunities for others as well, so she plans to partner with independent authors and Black-owned businesses to consign their work through her store.

Once the grand opening is complete, Spencer said she plans to host special events like Black trivia, chess, poetry, spades and wine-tasting. She also plans to start “Young, Gifted and Black,” a reading program, created in honor of Brandon, that provides books to children.

Spencer said she is well aware of the industry challenges her store will face, especially as readers continue flocking to Amazon, which has grown to dominate book sales.

During the worst of the pandemic, more than one independent bookstore closed each week, The New York Times reported in October 2020, citing data from the American Booksellers Association. And many of those that managed to stay open saw their sales drop significantly, some by 40% or more.

Spencer said she is unconcerned, convinced that a large segment of readers still long for the intimate spaces that independent bookstores, like Urban Reader, are famous for providing.

The Times article also noted that readers have shown a “surging interest” in specific categories, including race and antiracism — a trend that could give Urban Reader an initial boost.

“Hell, I’m not worried about (the competition),” Spencer said.

During the pandemic, Spencer said, she saw her online sales increase 30% to 40%.

She also believes that her early experience as an online bookseller will give her an edge over some other brick-and-mortar stores, some of which, she said, are still making the transition to online sales.

“It’s always been successful,” Spencer said of the industry. “Reading never goes out of style.”