Of the 200-plus former homeless encampment residents moved to hotels by the county in February, 125 remain. 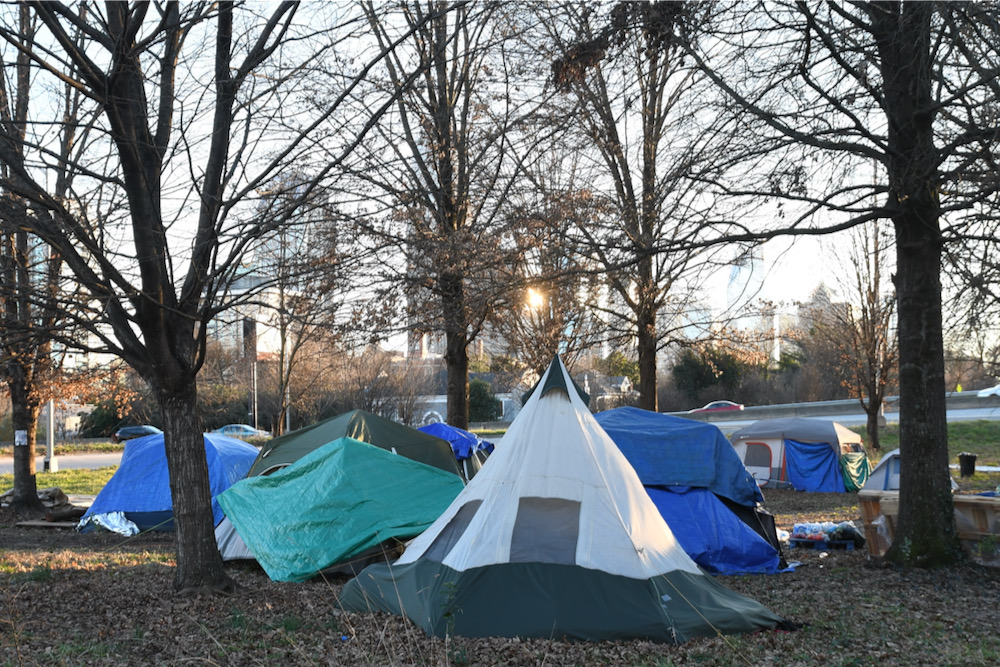 Mecklenburg County plans to end its temporary housing program that shelters former residents of a tent encampment that once sat just north of uptown.

During this week’s Tuesday Morning Breakfast Forum, Mecklenburg County Manager Dena Diorio said that since moving more than 200 encampment residents to two local hotels, roughly 80 have been connected with housing or decided to leave, and 125 remain who would otherwise be homeless.

“We are going to keep the hotels open until the end of September,” Diorio said. “At that point, we’ll have to see who is left, what their needs are, and where we may need to go from there.”

According to the Charlotte-Mecklenburg Housing & Homelessness Dashboard, an estimated 3,298 people were experiencing homelessness in Mecklenburg County as of March 31.

Seventy-six percent of those homeless in the county were Black, according to the data. That total also included 393 households with children.

The already prominent issue of homelessness and housing insecurity in Charlotte was exacerbated by the onslaught of the Covid-19 pandemic, which led to calls for city officials to act with urgency as the unsheltered population and tent city began to swell.

Hours before the eviction went into effect, the county moved more than 200 people to local hotels, where they got meals, laundry, security and social services, Diorio says.

With support from nonprofit organizations like Block Love Charlotte, Roof Above, and Hearts Beat As One, the homeless residents who moved to the hotels have had access to substance abuse and mental health counseling and workforce development opportunities.

She added that the city of Charlotte, through a federally funded emergency solutions grant, contracted with United Way and Catholic Charities to provide housing for up to 75 of the homeless residents, along with a one-year rental subsidy and supportive services.

“These are folks with very low barriers to housing. These are not the folks with high needs,” said Diorio. “Catholic Charities does believe that there are about 40 guests in the hotels ready to access housing.”

While there have been some successes in this effort, Diorio said, the relocation effort has faced some challenges, including prostitution, drug use and criminal activity around the hotels.

She says seven guests have been moved to the county jail, 15 to emergency shelter, and 40 have left the hotels and “decided to be homeless. Three have died, she said, and the whereabouts of two are unknown.

“We are struggling a little bit,” Diorio said. “This is hard work; it’s been very hard work, and will continue to be hard work, but we’re going to continue to work with these folks.”