As vaccination rates decline, county officials reach out to communities of color where the Covid-19 pandemic has taken a disproportionate toll. 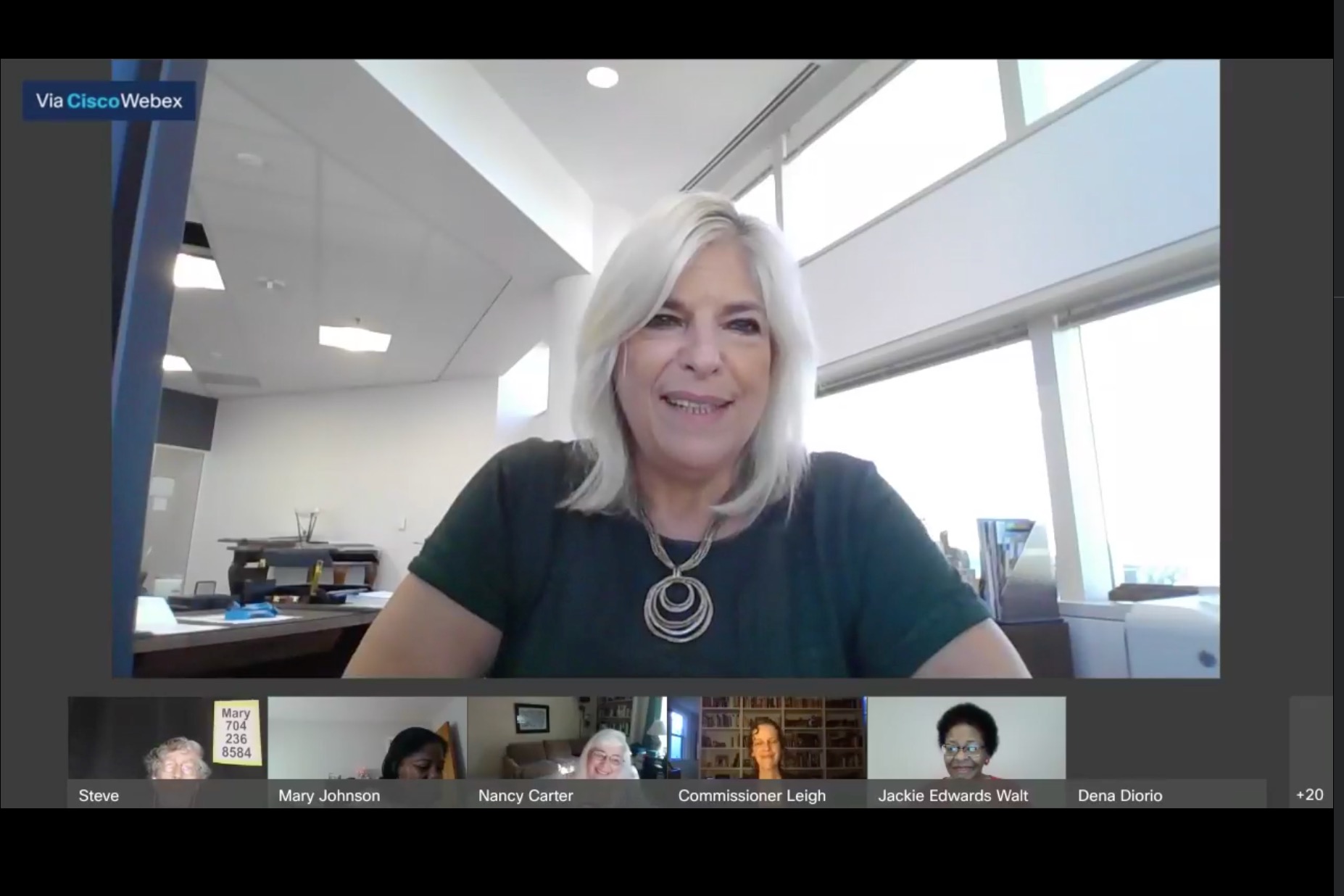 Despite high-profile efforts to curb the spread Covid-19, only 22% of Mecklenburg County’s Black residents are fully vaccinated against the contagious virus.

Speaking to a virtual meeting of the Tuesday Morning Breakfast Forum, County Manager Dina Diorio said health officials are struggling to convince some sectors of the population to get the recommended vaccinations, which health officials say are safe and highly effective.

Black residents make up about 34% of Mecklenburg’s population, according to current estimates.

Countywide, about 46% of Mecklenburg’s adult population are fully vaccinated, and 49% are partially vaccinated. Considering all that’s at stake, Diorio said those numbers aren’t high enough.

Diorio said that that while she understands that people have differing views on vaccines, the science is clear.

For the Hispanic community who make up 14% of the county’s population only 11% percent are fully vaccinated, according to the county.

“That’s something we need to be concerned about,” Diorio said.

As of last Friday, the county had recorded 114,864 total Covid-19 cases and 985 related deaths since the pandemic began more than a year ago.

Diorio said the number of deaths “have really leveled off,” with a weekly average of hospitalizations at 41, which are also down.

Though the county’s Covid picture is trending in a good direction, Diorio says health officials still worry about a large number of 18- to 24 year-olds who have not been vaccinated.

Another cause of concern, she said, is a recent uptick in the Covid-19 positivity rate in Mecklenburg.

“It was around two percent a couple weeks ago,” she said. “Now it’s at 2.9%, which is still below 5%, the threshold we like to keep that at, but still we always get concerned when we see the positivity rate increase.”

When the first doses of the Covid-19 vaccines became available, health advocated anticipated a certain level of “vaccine hesitancy” among various sectors of the population, including among some Black residents, who tend to be less trusting of government and medical establishments.

Local health systems, including Atrium Health, prepared for the challenge by sending mobile vaccination units into Mecklenburg neighborhoods with vulnerable populations. Those efforts were often launched in partnership with churches and community-based organizations.

In one such effort, Atrium partnered with Johnson C. Smith University to administer more than 6,200 vaccine doses to educators and community members.

In May, JCSU announced it would mandate vaccination for its students, faculty and staff.

Last month, the university joined the White House COVID-19 College Vaccine Challenge to encourage the university’s community and its surrounding neighborhoods to get vaccinated.

The Mecklenburg County Health Department also has continued efforts to reach populations vulnerable to Covid-19 with its new “doses to doors” program.

“We’re doing a lot of outreach,” Diorio said, adding that officials who go door-to-door “are not pressuring anybody to get vaccinated.”

After an initial surge that saw long lines at vaccination sites, the number of shots administered in North Carolina — and in Mecklenburg County — have declined dramatically.

“We at the point where it’s almost like one shot at a time,” Diorio said, “and it’s gonna maybe be that way for a while. I think we’ve hit our big bump of vaccines at the beginning, and we’re going to have to keep pushing and pushing and pushing and really encouraging people to get that shot.”

According to the Centers of Disease Control [CDC] the Delta variant, also known as B.1.617.2, is now the most dominant strain of Covid-19 cases in the U.S.

The Delta variant is said to spread more easily with the strain having mutations on the spike protein that make it easier for it to infect human cells, says the CDC.

The agency has labeled the mutation as a “Variant of Concern” which means there is evidence of an increase in transmissibility, more severe disease (e.g., increased hospitalizations or deaths), significant reduction in neutralization by antibodies generated during previous infection or vaccination, reduced effectiveness of treatments or vaccines, or diagnostic detection failures.

Diorio says the county “knows the Delta variant is in our community, because it’s everywhere.”

“All we can really do is encourage vaccinations. That’s the only defense we have to this variant or any future variant,” she said.

As for a potential lockdown if Covid-19 numbers begin to increase again, Diorio said “bottom line: shutting everything down is not going to solve the problem.”

“How long can you shut down a community? You can’t do that indefinitely, so we really need to encourage vaccination while we have the tools in our tool box,” said Diorio.