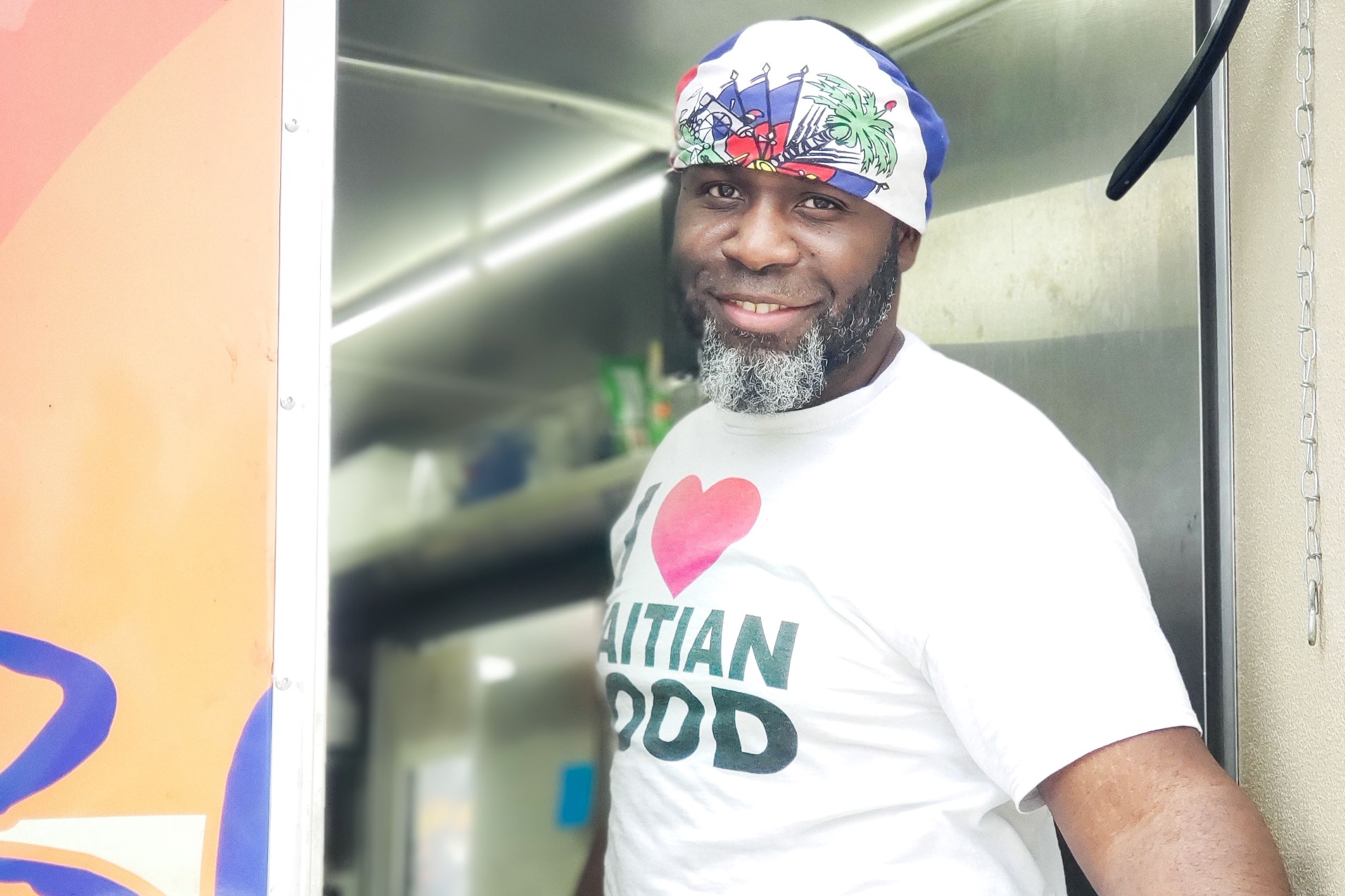 Chef Andre Lafortune of Durham-based food truck, Bon Fritay. The food truck is one of the participating vendors for the Carolina Haitian Food Festival. Photo courtesy of Dafney Tales-Lafortune

Although the island of Haiti is more than 1,200 miles away from the Carolinas, you won’t need your passport to immerse yourself in Haitian culture, thanks to a new festival coming to Charlotte this Labor Day weekend.

The inaugural Carolina Haitian Food Festival takes place Sept. 4 at the International House in Plaza Midwood. While food may be the focal point, festival founder Dianna Nicolas says organizers are planning for other activities putting Haitian culture in the limelight.

“There’s going to be a dominoes tournament — it’s very big in the Caribbean community,” said Nicolas, who also runs the Burger Divas food blog. “We’re going to teach people how to dance kompa, which is our traditional dance. There will be a ton of Haitian vendors.”

The family-friendly event will also feature a kids’ corner with children’s activities. General admission is $15. For $50, guests can get the VIP experience with lounge seating, a catered meal and private entertainment. Tickets are $7 for kids ages 6-12.

Bowman says people have already reached out to share their excitement.

“We hear of different festivals; they were waiting for something to highlight our own cuisine,” said Bowman, who co-owns Ms. Didi’s with its namesake, her mom, Edith.

In 1804, Haiti became the world’s first Black republic — and the only one to earn its freedom through a successful slave revolt. Many Haitians mark the historic moment by feasting on soup Joumou (traditional soup cooked with pumpkin or squash) on Haitian Independence Day, which is celebrated on Jan. 1.

For Nicolas, a first-generation Haitian American who has yet to visit the Caribbean island, the festival is an opportunity to showcase pride of her country as recent headlines depict the unrest following the assassination of President Jovenel Moïse in Port-au-Prince on July 7.

“Unfortunately, the country is in turmoil. However, we want to show people we can come together even though we’re in turmoil,” she said. “Some of the proceeds from the event is going to a foundation in Haiti.”

Tales-Lafortune hopes the event can become an annual gathering, drawing in pockets of Haitian communities throughout the state.

“That’s what’s lacking in North Carolina because we’re all transplants from where there are major Haitian communities,” said the Massachusetts native.

When she and her husband, Andre, hosted Bon Fritay’s “Compa & Cocktails” event in April, more than 200 people attended from across the Triangle area.

“Even though we’re scattered, I think our people are desperate for connection and wanting to create community,” she said.