‘Going to be the big one’: Renters, advocates brace for end of eviction moratorium

A review of court records shows judges are continuing to order evictions for Mecklenburg County renters who failed to pay rent, even amidst as federal moratorium. 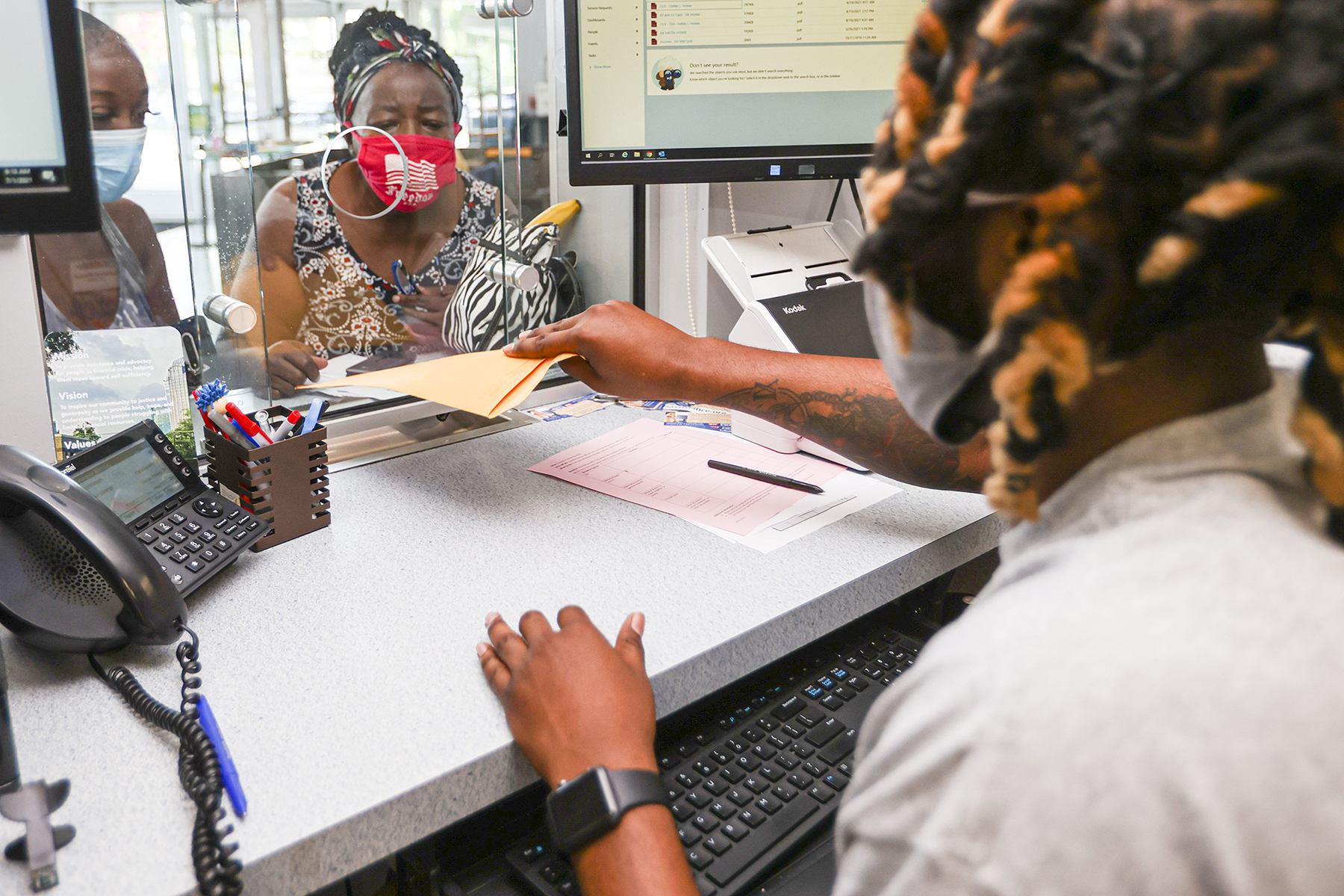 People who are behind on their rent because of the coronavirus pandemic got another reprieve last week: the federal Centers for Disease Control and Prevention extended its moratorium on evictions for one more month.

The CDC has said it will be the last extension. Several extensions have been made since the moratorium was first enacted in September.

The moratorium doesn’t mean evictions have come to a standstill. A review of court records shows judges are continuing to order evictions for Mecklenburg County renters who failed to pay rent – and for other reasons like lease violations.

While cases have slowed dramatically, they’re about to pick up again, as courts begin scheduling cases that have been delayed during the pandemic. An estimated 250,000 North Carolinians are behind on their rent, according to the U.S. Census Bureau.

That worries housing advocates and social service providers, who are preparing for a flood of cases and more people seeking rent relief and other assistance.

“I’m concerned that there are going to be a lot of people getting evicted,” said Tommy Holderness, a lawyer with Legal Aid of North Carolina. “I just think the numbers are gonna be really bad.”

Reporters for the The Charlotte Journalism Collaborative, a group of six newsrooms working together to cover the city’s housing crisis, recently tried to access court data on evictions before and during the pandemic across North Carolina.

The court system either says they don’t have them, or there are barriers – even though these are public records. Much of it is only in paper copies, filed in the courthouse. In one instance, the collaborative was given a $6,000 estimate in fees for a state data set.

So reporters examined, by hand, more than 700 eviction orders issued at the Mecklenburg County Courthouse between October 2020 and April 2021. Despite the federal ban, most of those were for nonpayment of rent. Some tenants were able to work with their landlords to stay or caught up on their balance, but many were removed from their homes.

Advocates say the ban worked well for some tenants whose income levels and pandemic-related hardships qualified them, but in some cases, either tenants didn’t submit necessary paperwork or didn’t qualify for protection.

Some tenants owed just a month or two, but others were $10,000 or more behind. This is consistent with what officials with two local rent relief programs see every day.

Never before have so many people been able to rack up months and months of late balances. Carol Hardison of Crisis Assistance Ministry says the amount of rental assistance they’re paying out has soared.

“Pre-pandemic, you wouldn’t have been able to get more than a month or two behind without the landlord completely pad-locking you out,” Hardison said. “Now we’re sometimes paying two, three and four, five months worth of rent to help a person.”

Hattie Howie came to Crisis Assistance Ministry this week looking for help paying three months of rent totaling about $3,000. She said she was grateful her landlord has been patient with her efforts to catch up, but the balance weighs on her.

“It’s so stressful not knowing how the rent is going to be paid,” she said. Howie, 68, had to stop working after 33 years as a housekeeper and factory worker when her mother, who died in October, needed care and her own health declined.

Her daughter, Thomasina Howie, lost her housekeeping work during the pandemic when people were wary of inviting others into their homes. She stayed in a hotel for several months before moving into a new apartment in May with help from the Salvation Army.

Thomasina said the pandemic hit harder for those already struggling.

“Before the pandemic, things were starting to look up on my end,” she said. “But when it hit, it made me fall all the way back and give so much of what I didn’t have back.”

“Just when you think you’re towards the end of this rollercoaster, you get another dip and another loop thrown your way and that is scary,” she said.

While court records show judges ordered the evictions of some for non-payment, Graham said the vast majority of property managers and landlords have remained patient with renters and have worked with them in good faith. In fact, she said landlords were the ones who originally stepped up at the beginning of the pandemic before the federal government and financial industries stepped in.

What happens when the moratorium ends?

A Mecklenburg County court spokeswoman said 1,070 eviction filings are pending at the court as of this week. Those are eviction filings from landlords who are waiting for a hearing date. Experts also told the CJC they expect many more landlords are waiting to file their petitions until after the moratorium expires.

A key factor for how quickly people might lose their homes is the speed that courts schedule hearings. Before the pandemic, Mecklenburg County routinely scheduled hundreds of cases in an hour, because many tenants did not show up to court or didn’t have a lawyer.

COVID-19 slowed down scheduling, sometimes only 20 cases per courtroom, per hour, to avoid too many people in a room together. Others were done by video conference.

“I think that’s the one way to keep the numbers from just getting horrendous in a hurry,” he said. “But if the courts increase those docket sizes, it’ll be ugly in a hurry.”

People who spoke to the Collaborative think it will take months for the courts to hear all these cases.

Both RAMPCLT and Crisis Assistance Ministry are increasing staffing to prepare for expected increased demand.

RampCLT has distributed a little more than $39 million since launching in 2020, with another $9.2 million available for city of Charlotte residents with a COVID-19 income loss or hardship.

Applications are available at Rampclt.com.

They will also begin prioritizing applicants with evictions filed and a scheduled court date within 30 days, in hopes of pushing out money first to those at greatest risk of becoming homeless.

“We’ve reprioritized in a way that we think will help us to impact the most vulnerable and get them the funds that they need to stay in their homes,” Barbee said. The program had previously prioritized applicants with the lowest incomes first.

Hardison said Crisis Assistance Ministry has added two “navigator” positions, trained to learn about all available aid opportunities at Crisis and elsewhere, and help people sign up with the right program to maximize their help.

“This is going to be the big one,” Hardison said. “We’ve been focusing on this like a laser beam.”

This story was produced by the Charlotte Journalism Collaborative, a partnership of six media companies working together in an effort started by the Solutions Journalism Network and funded by The Knight Foundation.