Deputy U.S. marshal who killed Frankie Jennings will not be charged

District Attorney Spencer Merriweather said that, based on the evidence he reviewed, the shooting was legally justified. 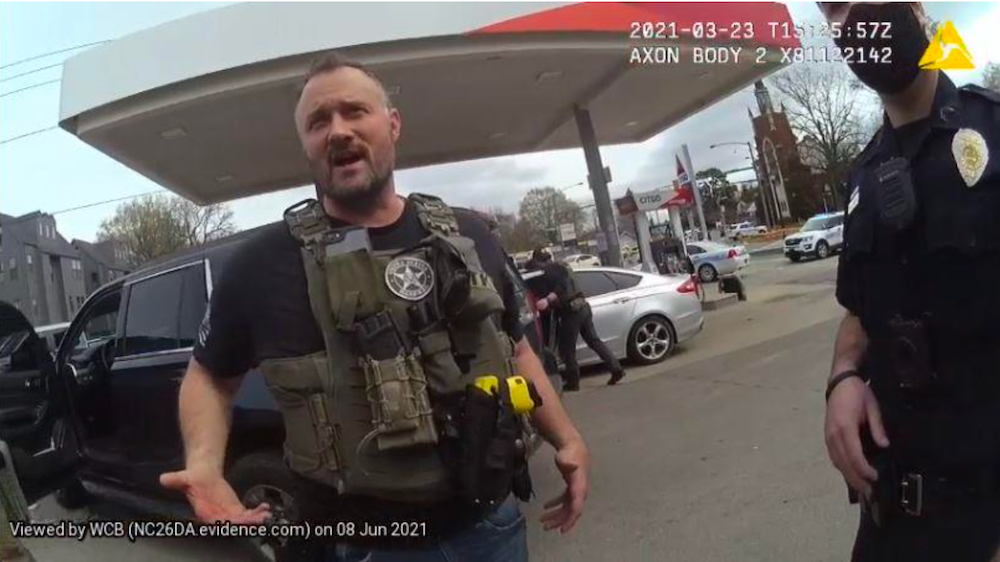 Eric Tillman, a deputy with the U.S. Marshal Service, at the scene of the March 23, 2021 killing of Frankie Jennings. (Photo: Mecklenburg district attorney's office)

A deputy with the U.S. Marshals Service who shot and killed a man in east Charlotte will not face criminal charges, Mecklenburg District Attorney Spencer Merriweather announced yesterday.

Merriweather laid out his reasoning in a 76-page document addressed to Charlotte-Mecklenburg Police Chief Johnny Jennings. CMPD had asked Merriweather’s office to investigate the shooting, which happened March 23.

In short, Merriweather concluded that the deputy marshal, Eric Tillman, acted lawfully when he fired three shots from his service weapon, killing Frankie Jennings while attempting to serve Jennings with an arrest warrant at a gas station in east Charlotte.

Jennings died on his 32nd birthday.

Among the key findings:

In concluding his report, Merriweather wrote:

“A police officer – or any other person – is justified in using deadly force if he in fact believed that he or another person was in imminent danger of great bodily harm or death from the actions of the person who was shot and if his belief was reasonable.