“The time is now.” Community leaders push forward on bringing a co-op grocery store to the West End

After being snubbed by traditional grocery stores for years, westside leaders close in on a food co-op model that will help food insecurity and pay a livable wage. 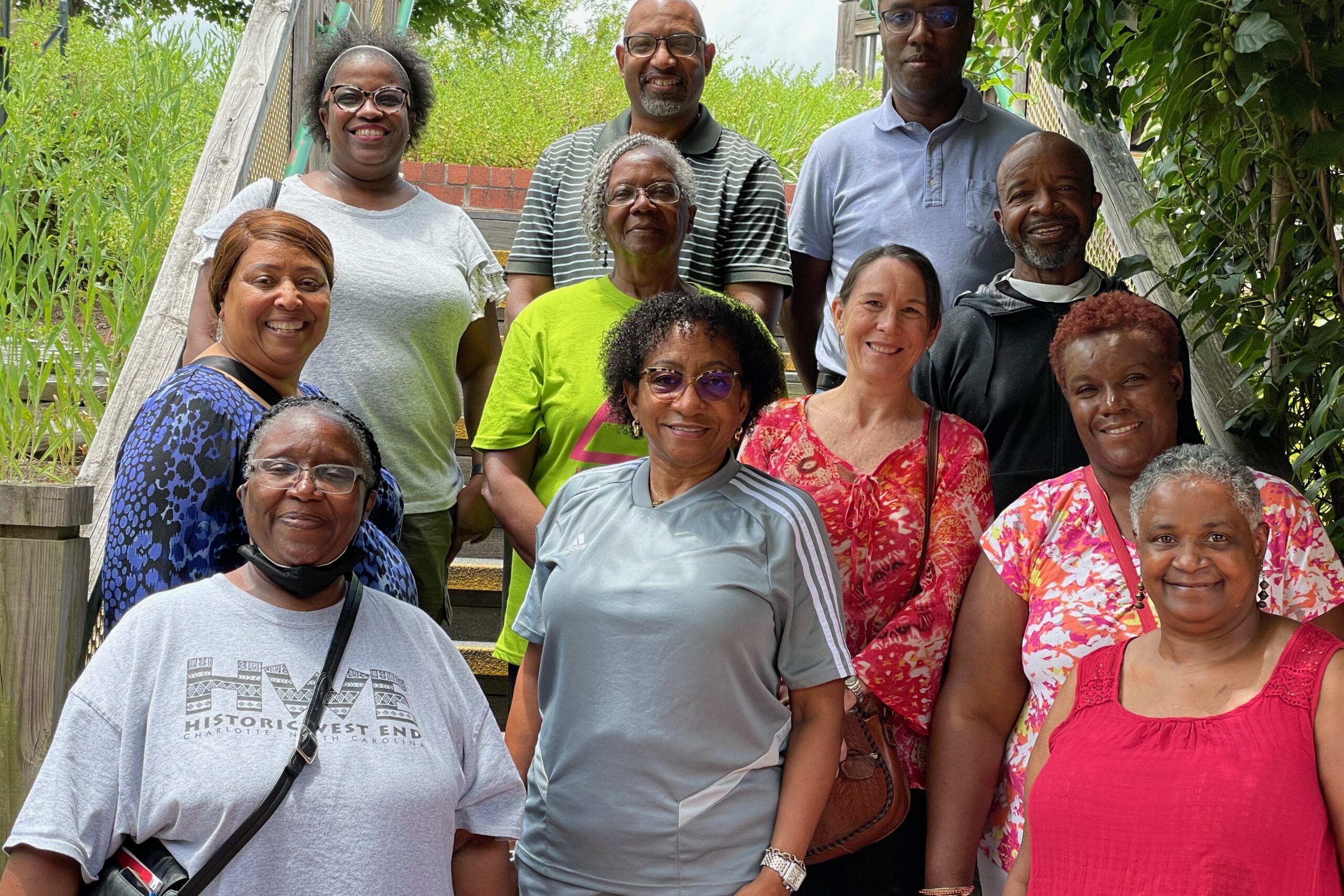 Westside advocates for years have pushed to have more grocery stores in their neighborhoods. Now after years of being snubbed by the major chains, community leaders have set their sights on a new model: the community-based food cooperative.

Food cooperatives, or food co-op, are full-service grocery store with all the trimmings. But instead of being owned by large corporations, they are owned and operated by their customers and workers.

One model that westside leaders have been eyeing in particular is the Weaver Street Market, a Carrboro, N.C.,-based cooperative with additional locations in Chapel Hill, Hillsborough and Raleigh.

Now, she said, progress is being made.

“They have never been willing to come out of the Triangle area,” Adams said of the cooperative. “And (now) they’re very open, so I’m extremely excited.”

A Weaver Street representative came to Charlotte in May to view potential sites for a westside store.

Adams said that of the locations toured, the 5 Points area — where W. Trade Street, Beatties Ford Road and Rozzelles Ferry Road intersect — emerged as a favorite because of its “main-street feel.”

The next step, Adams said, is rallying partners in the community and getting them to “buy in.”

On Saturday, about a dozen community leaders, researchers and advocates boarded a bus on W. Trade Street and headed north on Interstate 85 to tour three Weaver Street Market locations.

Adams commissioned a filmmaker to document the trip for residents and potential partners who could not make the tour.

After each stop, Adams took a survey of what the group liked or didn’t like about the stores — the general atmosphere, store layout, food prices, etc. — all captured on video.

The group, which included Ricky Hall, board chair of the West Blvd Neighborhood Coalition, overwhelmingly gave the markets positive reviews.

Hall said bringing a co-op to the west side would trigger economic development and community wealth building. And with more fresh foods available to residents, he said, a co-op also could “reduce the social determinants of health in Black communities.”

“Certainly I support this in the West End,” he said, “but I think it’s a model of replicability in other areas of Charlotte that are food deserts as well.”

Nearly 15% of Mecklenburg County’s households are considered food insecure, which means they have reduced access to fresh meats and vegetables.

In May, the health department ramped up its efforts to address food deserts and food insecurity by expanding existing programs such as “You SNAP, We Match,” which allows residents to use their SNAP/EBT benefits at participating farmers markets, where they can get a dollar-for-dollar match on their purchases of fresh fruits and vegetables.

The initiative added four new farmers markets this season — Camp North End, Urban Farm at Aldersgate, the Valerie Woodward Center and The Plaza Academy for Youth — all on the city’s west, east and north sides.

Access and cost are contributing factors, Harris said, adding that “healthy food costs more, and low-income individuals are more likely to be exposed to advertising for unhealthy food, and to retail locations that sell it.”

Adams, who heads HWEP, said that when it comes to combatting food insecurity on the west side, the objective is simple: bring a full-service grocery store to the corridor, one that has healthy food and pays a livable wage to its workers.

She says there’s no more time to wait.

“We don’t need anybody trying to rock us to sleep. the time is now and we’re going to do it,” she said.

Adams said that while she doesn’t want to disparage the Food Lion store at Beatties Ford Road and LaSalle Street, she said the West End community deserves plentiful food options, just as other locations in the city have several major grocers, sometimes within blocks of one other.

“They’re okay with us having processed food,” Adams said. “These things don’t make sense, and these things need to be addressed.”

What are the challenges?

Despite the ongoing talks, Adams said bringing a Weaver Street Market to Charlotte still faces significant obstacles, particularly in the 5 Points area, where available land is limited and prices are steep.

In business since 1987, Weaver Street Market has opened only four stores — about one every eight years, said Ruffin Slater, its general manager and one of the market’s co-founders.

The latest store opened in Raleigh in 2019.

Slater told the group on Saturday that expanding the community-owned company has been hampered by a lack of resources, internal capacity and thin profit margins — factors that will likely impact how quickly a Weaver Street Market could come to the West End.

Undeterred, Adams says she has a plan to show Slater that the community is ready to “hit the ground running.”

Historic West End Partners will host community screenings of the documentary and receive feedback, she said. Residents then will be asked to take a survey to gauge their interest in joining the co-op, which charges a $75 one-time fee to become an “owner.”

Adams said she then plans to deal with perhaps their greatest hurdle — finding land for a store in 5 Points — by presenting the documentary to philanthropic and corporate partners who may be interested in investing.

However, Adams said, the group will accept investments only if they come with no strings attached.

“If they really care and want to help us, then yes,” she said. “However, we don’t want it built off of them, and we don’t want them to own the building or the land. It will be owned by us — the community.”

To speed the process, Adams has floated the idea of paying prospective employees of a future West End market to work and shadow existing operations in the Triangle.

“That is something we can do on the job front, real estate front, and then, of course, we got great minds to work through the other numbers that we need for infrastructure,” she said.

After a day of touring, the group headed back south to Charlotte. At the front of the bus, Adams nods her head adamantly as she declares that a Weaver Street Market will come to the West End.

She says that as a woman of faith, “It’s already done.”

“We’re going to do it before the city or anybody else,” she said. “We will go boots on the ground, with gorilla tactics and activists, and we’re pushing all the way uphill.”