The decision comes after the nonprofit was forced to cancel a Juneteenth program that some critics said was sympathetic to enslavers. 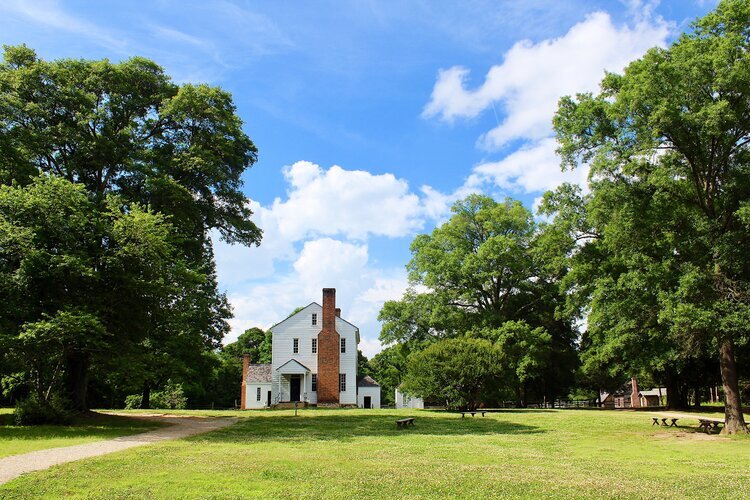 Mecklenburg County will not renew its contract with a nonprofit organization that manages Historic Latta Plantation, where officials had planned a Juneteenth event to examine Black emancipation partly through the eyes of White Southerners who lost the Civil War.

On Tuesday, Lee Jones, Mecklenburg’s Park and Recreation director, told county commissioners the annual agreement with Historic Latta Inc. will end June 30, which marks the end of the county’s fiscal year, and will not be renewed.

The group has managed the county-owned site since the 1970s, Jones said.

Why it matters: The county’s decision to part ways with Historic Latta comes as historic sites throughout the South are revamping how they convey American history. From Monticello in Virginia to Historic Brattonsville in York, S.C., sites that date back to the era of America slavery are now telling a broader narrative to reflect the lives and hardships of the enslaved people whose labor built and maintained much of the Southern economy.

Jones, who has been with Mecklenburg Park and Recreation for 18 years, said his department will explore how historic sites in other locations are managed.

“History isn’t always beautiful; it really isn’t,” Jones said, noting that he grew up in the former Confederate capital of Richmond, which has an abundance of monuments that honor the Southern rebellion. “History is something that has transpired, and you either learn from it or you’re brought down by it.”

Jones said finding a new organization to manage Latta Plantation will provide “a great opportunity for continuing education and to see the benefits of these types of sites and facilities and tell the historic story so that it’s beneficial to all.”

Mecklenburg County allocates about $30,000 each year to subsidize Historic Latta’s operating costs and is responsible for physical repairs at the 19th century house, according to The Charlotte Observer.

However, county government does not oversee day-to-day programs at the site, which dubs itself a “living history museum.” Rather, Jones said, Mecklenburg’s agreement with Historic Latta requires the nonprofit to notify Park and Recreation of all programming.

That required notification was not given in the case of “Kingdom Coming,” a three-hour event once scheduled for June 19, Jones said.

When the county learned of the program via outrage on social media, Jones said, he called Historic Latta and insisted that the event be canceled.

Jones told commissioners that Historic Latta also had planned summer camps for children that he deemed inappropriate — one focusing on Confederate soldiers and another on the daily lives of “Southern belles.”

“We’re going to work closely with them to provide a transition phase,” Jones said, adding that he had “strongly encouraged” Historic Latta to reconsider the camps.

Independent of Mecklenburg County, the town of Huntersville, where Latta Plantation is located, said it would suspend its annual funding from the site — $20,000, town Commissioner Stacy Phillips said on Twitter — pending “further investigation into the facts surrounding this program.”

June 19th — or Juneteenth — has emerged in recent years as a day set aside to commemorate Black emancipation from slavery. On Tuesday, the U.S. Senate unanimously passed a resolution establishing the date as Juneteenth National Independence Day, a federal holiday.

Critics of the Latta Plantation event said a program that might appear sympathetic to the Confederate cause was inappropriate for such an occasion.

As opposition to the event grew, Ian Campbell, who described himself as “an American man of African descent,” posted a statement on the Latta Plantation website accepting “full responsibility for (the program’s) content entirely!”

He also pushed back at critics.

“To the masses on social  media and politicians, no apology will be given for bringing a unique program to educate the public about former slaves becoming FREE!,” his statement read in part.

The facts surrounding the “Kingdom Coming” event remain murky, as few have seen the actual program. But in its promotion of the event, which carried a ticket price of $25, Historic Latta said attendees would hear from “massa himself who is now living in the woods” while “his former bondsmen have now occupied his home and are now living high on the hog.”

“What will he do now that he has no one to oversee from can see to can’t see,” the promotion read. “White refugees have been displaced and have a story to tell as well. Confederate soldiers who will be heading home express their feelings about the downfall of the Confederacy.”

Critics labeled that narrative as being historically inaccurate at best and racist at worst.

“The Black community has fought for many decades to overcome the false narrative of Black history promoted by disgruntled and displaced, yet still powerful former slaveowners, like those that once owned Latta Plantation,” the Charlotte-Mecklenburg NAACP said in a statement on Tuesday.

At Tuesday’s commissioner’s meeting, members of the board, all Democrats, denounced the now-canceled event and praised Jones for his swift response to have it canceled. But some also question how the county was caught blindsided by the event and the ensuing uproar.

“Why didn’t someone see this before the program was to take place?” said Commissioner Vilma Leake, demanding to know who was responsible for creating the event. “I feel offended by it. I really do.”

Commissioner Susan Rodriguez-McDowell said county government should do a “deep, deep dive” to see if “systemic racism” exists in other departments. “It’s everywhere,” she said.

“The outrage in the community is real,” said Commissioner Mark Jerrell, who called “Kingdom Coming” a potentially “trauma-causing” event.

“I can’t even imagine if I had had my girls out there during this time when some sort of Confederate something is going on…” he said.

George Dunlap, who chairs the commission, said that despite the bumps, the system worked.

“Had it not worked, I think people would have something entirely different to say tonight,” he said.

“You were informed,” he said to Jones. “The program did not occur.”