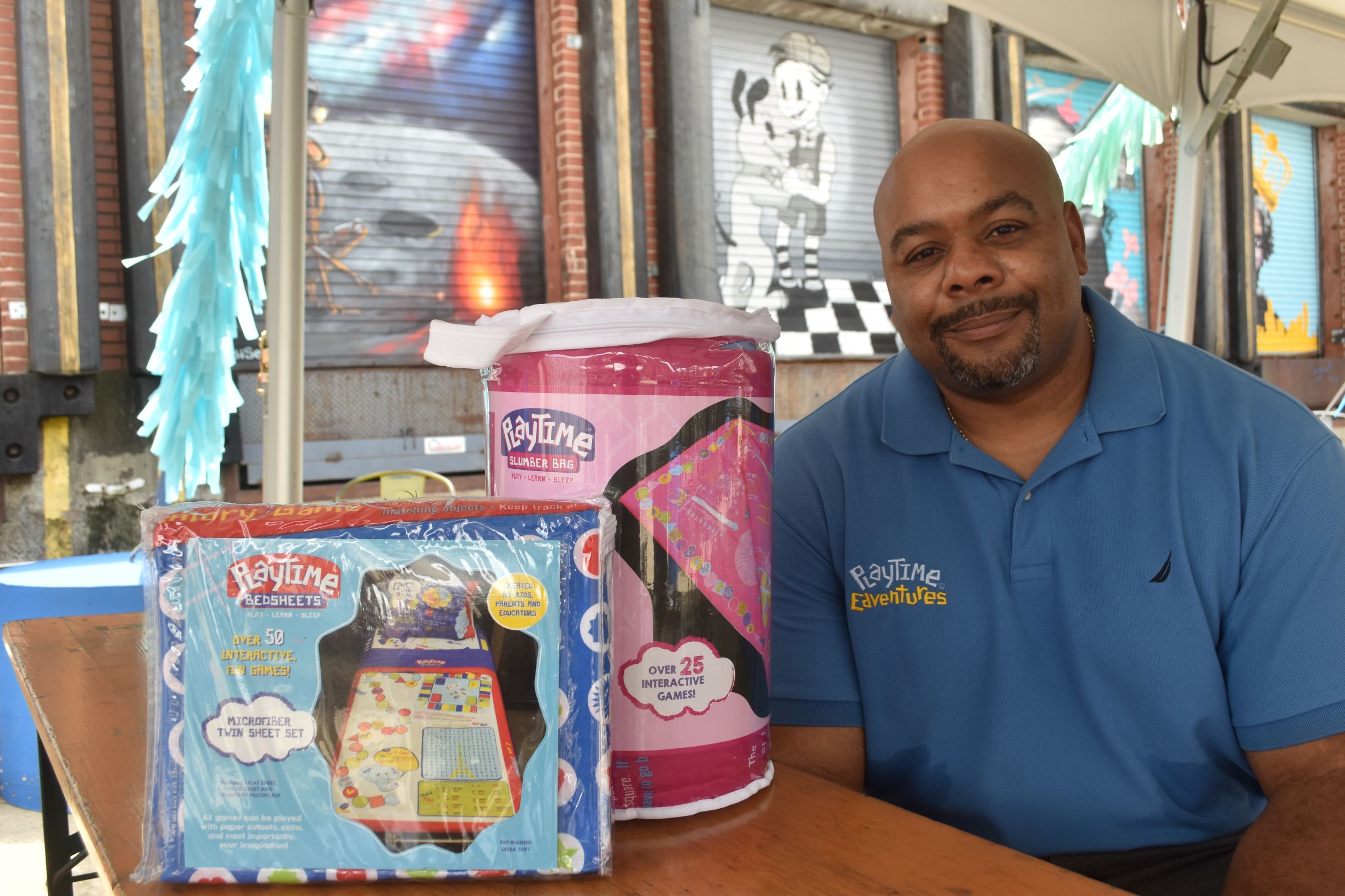 Before Covid, Kevin Gatlin of Playtime Edventures was solidifying partnerships to get more of his educational bedsheets into hospitals across the country. The bedsheets were already standard issue in almost two dozen hospitals, and through the philanthropic arm of his business, the interactive bedsheets for children were donated to shelters, juvenile detention centers and orphanages.

With the onset of the pandemic, partnering hospitals stopped accepting donations to prevent the spread of the virus and prioritized buying personal protective equipment. The decision forced Gatlin to push his products into retail.

Gatlin says he got on retailers’ radars after a second appearance on “Good Morning America” in June 2020. Playtime’s bedsheets and slumber bags — covered with 50 interactive games and fun facts — again were included in the morning show’s “Deals and Steals” segment.

It was a blessing, he said, to be on the show again, with its average viewership of seven million people, because as a small business, he could never afford to reach a similar audience through advertising.

Shortly after that appearance, he said, deals followed with retailers such as Walmart, Amazon, Macy’s and Wayfair.

“What I find now is that these organizations are making concessions for us because it takes a lot of capital,” he said. “Sometimes the capital is what’s keeping you out, even if you have a good product.”

Since pivoting to online retail, Gatlin says sales increased around 30% and sustained the business throughout the pandemic while he waited for hospitals to begin accepting donations again.

Playtime Edventures signed a contract last month to join as a vendor with Vizient, one of the largest group purchasing organizations in the United States. GPOs allow hospitals to purchase products in bulk in order to get discounts with manufacturers, distributors and other vendors.

Gatlin says the Vizient deal is the result of building relationships in supplier diversity circles.

“[Vizient] started to invest in making sure minorities had a seat at the table and were given an opportunity. What would have been difficult became a lot easier,” he said.

Read more from the recent interview with Kevin Gatlin. Answers were edited for length and clarity.

Q. Small businesses are still recovering from the impact of the pandemic. What has the past year been like for you?

Prior to Covid, we had five or six hospitals that purchased our product as standard issue. Luckily, we were able to get the product into those hospitals before all the hospitals shut down. We had about three hospitals that said “yes,” but when Covid hit, they said we had to wait.

Honestly, when Covid hit, it kind of shut us down. We had to figure out our game plan because the hospitals all switched to what was in need, and that was the PPE. The buyers, and those who would purchase my product, were directed to focus on that. Also, the hospitals stopped accepting donations. We work really well with nonprofits that donate to these hospitals.

We went from a high to a low overnight, so we had to go into retail.

Covid showed us that one day, you can be here and the next day, you’re isolated. In your isolation, all you have is that database of the people you already met to work off of. So for me, if that happens again, I want a bigger database to work off of.

Q. Following the murder of George Floyd and last summer’s protests, major corporations pledged donations and other resources to Black businesses. Did any of that new attention help your efforts to get Playtime Edventures into retail?

We were dealing with racial tensions, and a lot of the corporations were trying to diversify — I like to say, do what they should have been doing — and they were looking for us.

What really launched [the move into retail] was “Good Morning America.” We got on the “Deals and Steals” [segment] a second time. When that happened, those other corporations were also looking for us. Macy’s stepped up, and we got into Macys.com. Then, Wayfair stepped up and we got into Wayfair.com. Also, we just landed a deal on Walmart. Amazon has been huge for us.

Keep in mind, before Covid when we would try to get our product on these sites, sometimes we wouldn’t get a callback. I think a lot of corporations would just check the box; they weren’t really following through. The six degrees of separation are different for us, so we do need help at times to get to the next level. What I find now is that these corporations are leveling the playing field for us. Now, we have an opportunity to compete, and that’s really all we ever wanted.

Q. Everyone’s entrepreneurship journey is different. How would you describe yours?

I’ve sold two cars, I’ve downsized in so many ways. I bootstrapped my own company — I didn’t go and get a loan or go after venture capital. I’ve invested over six figures into this, six figures that I used for my legacy. But at the same time, that’s $100,000 that I took away from the family as well. I always say they didn’t sign up for the roller-coaster ride, and I think you have to be wise enough to realize that they didn’t. You don’t want to take away from their experience.

There’s always something, but at the end of the day, I wouldn’t trade it either because it’s a wonderful experience. We’re currently in about 22 hospitals as standard issue. To get pictures and images of what our product is doing in the hospitals gives me chills. It always keeps me excited.

Q. Father’s Day is coming up. Your two sons have watched you as an entrepreneur. Do you have conversations about business ownership with them? How do you make time for family and the business?

In my household, I’m not the CEO. My wife and my boys are constantly telling me what I should do. “You need to lower your price or you need to come out with a different color.” There, I’m just the employee. [laughs]

I try to shut down around five o’clock and make it all about my boys — they’re 8 and 17. At this point, as an entrepreneur, I realized that they didn’t sign up for the roller-coaster ride. It wouldn’t be fair for me to continue my passion when I know that they’re relying on me to help them create their passions. And I can’t do that if I stay on the computer.

We all know that you can’t get time back, and kids grow up fast. I don’t want the only memory to be that daddy was always on the computer, so I made a change. Actually, Covid helped out. I spent more time with all of them. I want to keep up some of that.

Q. What’s next for Playtime Edventures?

There are hospitals and shelters all over the world, so we have to figure out how we can partner with different organizations to give kids in different countries, or the hospitals, access to purchase our bedsheets. And then, how can we donate? We created a corporate social responsibility arm where we partner with corporations to provide bedsheets to kids in need. That’s bigger for me.

We created disposable playtime bedsheets. We were asked by the pediatric council of the hospitals if we could do them. I’m really excited about that because they’re going to use them in pre-surgeries and other units in the hospital. I think these would be great in shelters as well. I’m trying to connect with the juvenile detention centers.