For decades, west Charlotte has not kept pace with the explosive growth in other parts of the city. Now the West End is showing signs of new economic life. 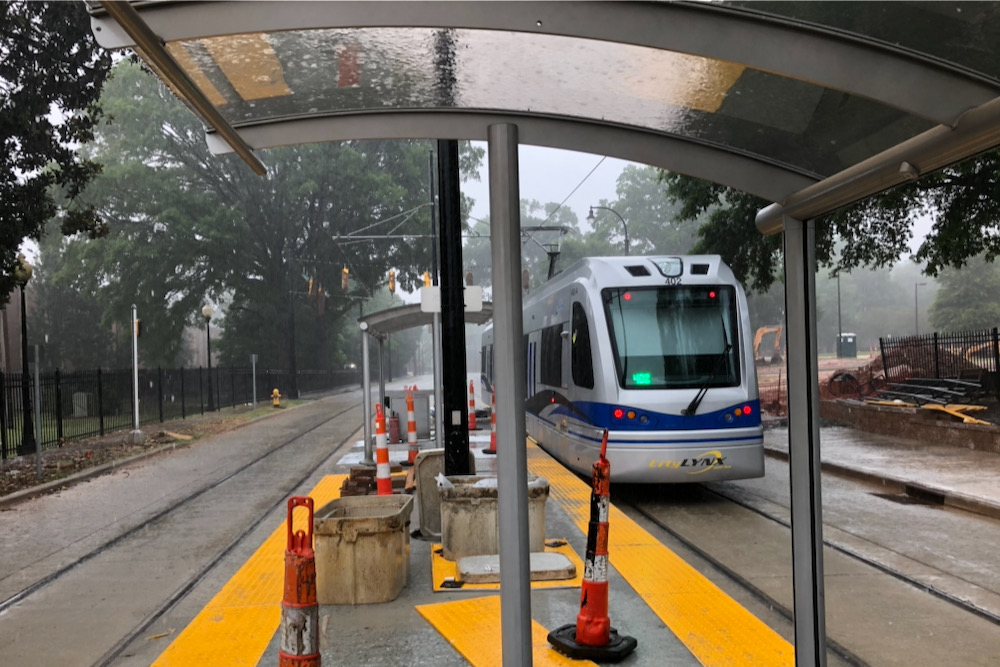 Change is coming to the Historic West End, led by Black investors who are bringing retail, office space and plans for sit-down dining to the corridor.

In addition, the city is spending on needs like infrastructure, public spaces and transportation.

When taken together, the corridor is on pace to experience the most growth it has seen in decades, says Malcolm Graham, who represents the area on Charlotte City Council.

To get a better feel for the various projects, I met with Graham for a West End ride-along.

We started at the I-77 underpass — the gateway to west Charlotte — then headed away from uptown.

Money for the project came from the city’s Comprehensive Neighborhood Improvement Program (CNIP), which was funded by a series of voter-approved bond initiatives. The goal is to connect designated neighborhoods to “major employment, institutional and retail areas through a network of streets, sidewalks, greenways and bike lanes,” according to a city website.

“It’s an area where people can come and relax on their way to uptown,” Graham said of the area on W. Trade Street.

The cost of the project totaled $3 million, according to the city.

Workers are putting the finishing touches on the shelters along the 2.5-mile extension, which will connect east and west Charlotte, with stops in uptown. During a Sunday downpour, the streetcars was seen making a test run along W. Trade Street and Beatties Ford Road.

When completed, the $150 million Gold Line project is expected to spark economic development along the 10-mile route. Early signs of development already are visible in the Historic West End along W. Trade Street.

The Charlotte Area Transit System (CATS) has not announced a date for when passenger service will begin on the Gold Line extension.

The University opened Mosaic Village in October 2012 as part of a plan to revitalize the West End corridor. The $25 million, 124,000-square-foot mixed-use facility features 80 apartment-style suites on four floors and accommodates 300 tenants.

Plans for Mosaic Village II have not been made public.

Directly across the street from Mosaic Village is 1600 W. Trade St., where the new seasonal outdoor activation “West Complex” stands.

The complex, which is expected to run through October, features outdoor seating, games, performances, music and food.

The property, which formerly housed an A&P grocery store, was recently given to Johnson C. Smith University by the Duke Endowment. JCSU has not announced its plans for the property.

“They [JCSU] want to develop this property, but until they find out what they’re going to do with it, it’s going to be a community spot for various events,” Graham said.

“It’s really going to be fun and exciting and kind of funky in terms of how it looks, and it’s an opportunity for the community to really grow.”

Not far away sits an empty lot. A sign recently erected there indicates that city has plans to build a “community green space.”

Coming Tuesday: The Five Points area near JCSU is getting a makeover.

Enjoyed reading this series? Consider supporting our journalism by becoming a member of our press club today. We need people like you to continue our work.