Herb and Jaci Ross operated Club Nile for only 10 months before state officials ordered all nonessential businesses shut due to the pandemic. 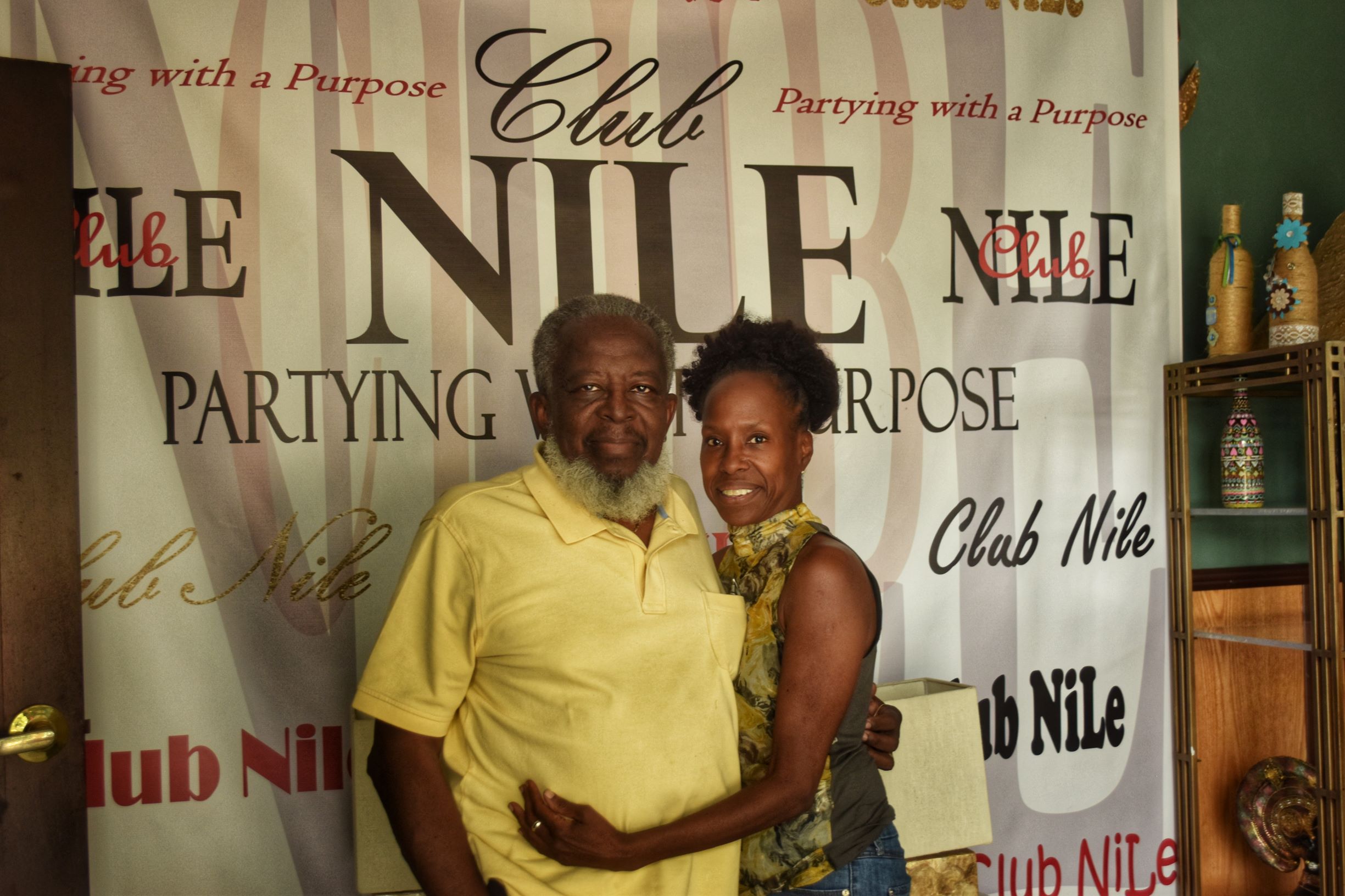 Do you know other Charlotte-area couples who run a business together? Tell us more in this five-question survey.

Couple: Herb and Jaci Ross
How long in relationship? Together since 2007, married since 2012
How long in business together? Club Nile since 2019

In April 2019, Herb and Jaci Ross took over as owners of Club Nile, a private nightclub in the Derita neighborhood that caters to the 35 and up crowd. Their momentum paused once the Covid-19 pandemic forced them to shut their doors almost a year later.

Owning Club Nile had been one of Herb’s dreams. When its original owner, Curtis Chisholm, decided to pursue other ventures and approached Herb about buying the business, there was hardly any hesitation. It was also a full-circle moment because the venue had hosted the couple’s wedding reception in 2012 — the same day as Herb’s 65th birthday.

“We took the plunge,” Herb told us as he stood at the edge of the bar during a recent interview. “We wanted to piggyback off of what the Excelsior [Club] started, where back in the day, Black people went to find out what was going on in the community.”

They operated the private, membership nightclub for 10 months before Covid-19 hit and state officials ordered nonessential businesses to close. The silver lining, Jaci said, was that their lease included a clause that protected them from paying rent while the governor’s executive order was in effect. Herb and Jaci didn’t qualify for any Covid-related government aid as business owners.

Although they were concerned about when Club Nile could reopen, they were okay with the decision to remain closed. A large consideration was that Jaci was a caregiver for her 97-year-old mother and opening too soon could be a health risk as the number of positive Covid-19 cases kept rising in Mecklenburg County.

They faced another hurdle when their house flooded last summer, displacing the family for seven months.  Then, they discovered burglars had broken into the club and emptied their liquor inventory.

“I feel like Covid has been a test of faith,” Jaci said.

A new year saw vaccines become widely available and positive cases of the virus tapering off. In late February, Gov. Roy Cooper announced that nightclubs could reopen indoors at 30% capacity. Less than a month later, guidelines expanded to allow up to 50% capacity inside and alcohol served until 2 a.m.

Since reopening, the couple says they’re ramping up business but it hasn’t been close to the attendance they brought in pre-pandemic. During daytime hours, they’ve rented out the facility for special events to help offset some expenses during the recovery.

Like business owners across the country, Herb and Jaci are dealing with the challenge to fill vacant positions. The North Carolina Restaurant & Lodging Association has cited health concerns, expanded unemployment benefits and opportunities in other industries as some of the reasons for the worker shortage in hospitality.

“It’s been a struggle,” Jaci said. “[Recently], we were having a party here and didn’t have any bartenders.”

The couple was able to find two bartenders at the last minute, but Jaci said she’s enrolling in bartending school to be able to take on the responsibility if needed.

“The way I’m looking at the business, I feel like our first 10 months was like a trial run,” she said. “This time, we have more sound decisions of what to try and what not to try.”