Founders Desmond Wiggan and Abi Olukeye share how the funding will help scale their Charlotte-based startups. 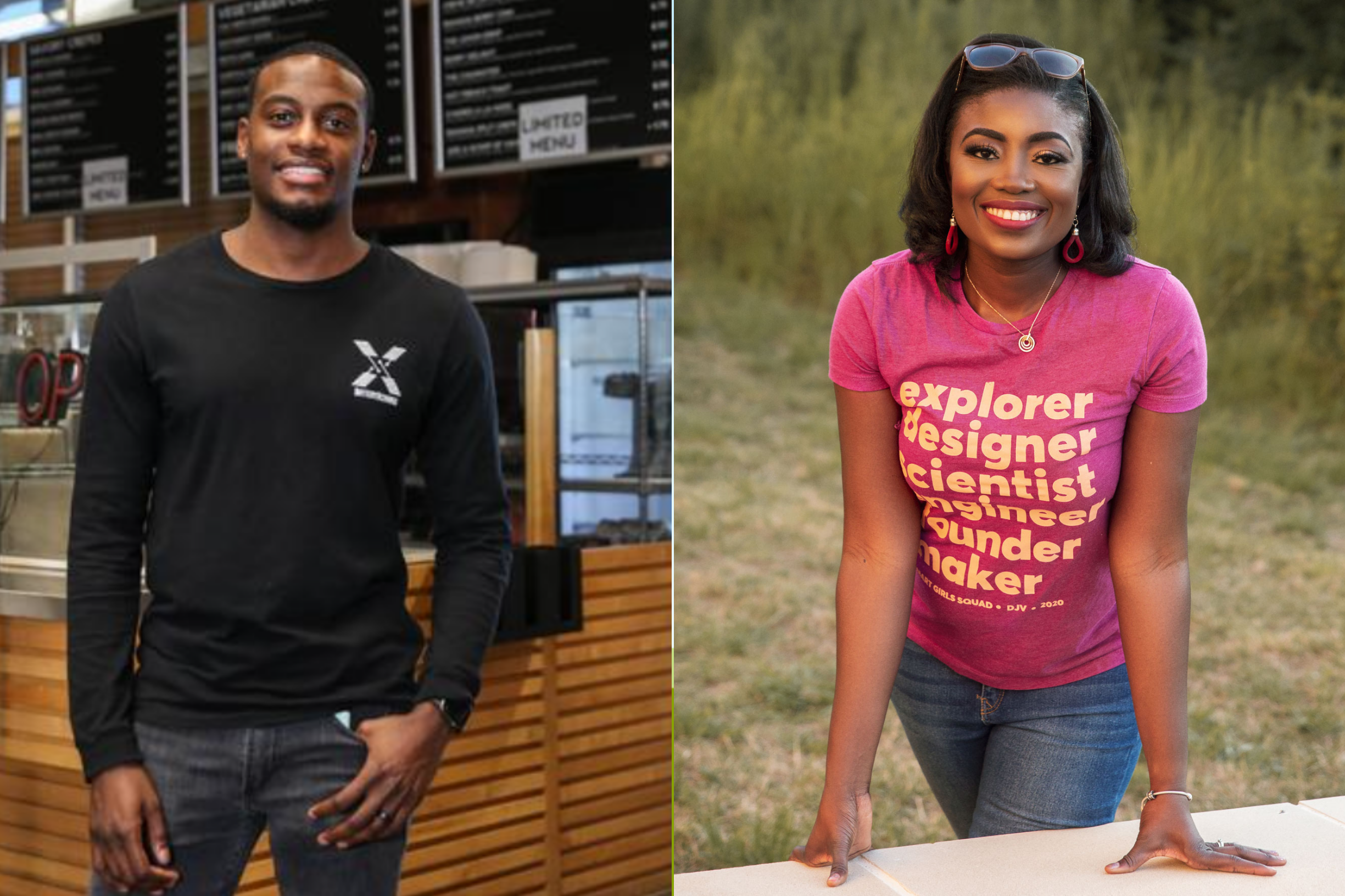 Charlotte startups BatteryXchange and Smart Girls HQ were among the eight North Carolina companies each awarded a $50,000 seed grant from NC IDEA. The Durham-based private foundation announced the winners Thursday after a three-month selection process that drew 174 applicants from across the state.

NC IDEA supports North Carolina entrepreneurs through grants, programs and access to a resource network to accelerate their growth. The $50,000 seed grants are given twice a year to innovative early-stage companies with a proven concept.

Since its inception in 2006, the NC IDEA seed grant program has awarded more than $7.5 million in non-dilutive funding to 169 companies in North Carolina. Non-dilutive funding doesn’t require founders to sell any equity shares of their company.

Thom Ruhe, CEO and president of NC IDEA, said the foundation has now awarded the most seed grants to date.

“Even more promising is seeing our work to support equitable economic development through entrepreneurship and expand our statewide funding footprint directly reflected in the under-served communities represented in this diverse cohort,” he added.

Third time’s a charm for Desmond Wiggan, who previously applied for the competitive seed grant. He and Aubrey Yeboah co-founded BatteryXchange in 2019 and evolved the prototype into a mobile app that allows cell phone users to rent portable batteries from nearby kiosks.

“Honestly, what has been hindering our growth has been capital,” Wiggan said during a phone interview on Friday. “The validation from such a respected support organization in the region is one thing, just to say that we’re on the right track.”

Funds will go toward adding new kiosk machines to the Charlotte market, upgrading the mobile application and building out a sales team, according to Wiggan.

While he says the grant is a blessing, the 31-year-old acknowledged the toll the past year has taken on him in efforts to grow the company.

“I’m actually pitch-fatigued out,” said Wiggan, who also placed second in Black Men Ventures’ inaugural Black Founders Pitch competition last month and netted $7,300. “It’s a lot because you put so much into it — you got to do pitch scrubs, sessions with people, craft your messaging — because all of the pitches are different.”

He continued, “It’s a part of the journey, and I know it’s what we have to do. That’s something I’ve learned, especially in the last few months, just keep rolling.”

The BatteryXchange team has set an aspirational goal to install 80 kiosks in the market over the next year.

“I want to be in a lot of the bars, restaurants and brewery spaces,” Wiggan explained. “But, I also want to move into some bigger spaces like convention centers, hospitals and universities. We’re talking to our first university as well.”

Currently, users can download the app at no charge for Android and iOS devices.

For technologist Abi Olukeye and her team at Smart Girls HQ, $50,000 will help scale their products focused on STEM education for girls.

Olukeye, a mom of two girls, launched Smart Girls HQ as a social enterprise in 2018 to get young girls excited about careers in science, technology, engineering and math. The startup’s core product is Raising Smart Girls, an online community of STEM-related content and activities.

“Our current kit is an electrical engineering one. Now, you have more learning content, especially for homeschooling parents that want to go deeper,” Olukeye said.

The $50,000 seed grant allows her team to scale the kits into a subscription product and build out five more kits this year. Olukeye also calls the grant “the missing piece of the puzzle.”

“We just recently received $256,000 from the National Science Foundation (NSF) to build out the digital complement to our line of kits. However, that funding is restricted to tech development only,” she explained. “This NC IDEA grant allows us to continue to push sales and marketing activities forward while we build.”

On its current trajectory, by the end of the year, each kit will ship with an app that contains Smart Girls HQ’s Learning Hub. Olukeye says another level of NSF funding will help develop an artificial intelligence component for the kits that will personalize recommendations for each child.

Up to this point, Olukeye has been strategic about securing non-dilutive funding for her company. However, she does plan to pitch to venture capitalists in the future.

“If we continue to get the grants that are in our pipeline, when we do go to traditional VCs, we will have the right metrics to have productive conversations than if we tried to do that two years ago,” she said.