Plans for the site include a boutique hotel, an upscale restaurant and an indoor/outdoor performance area. 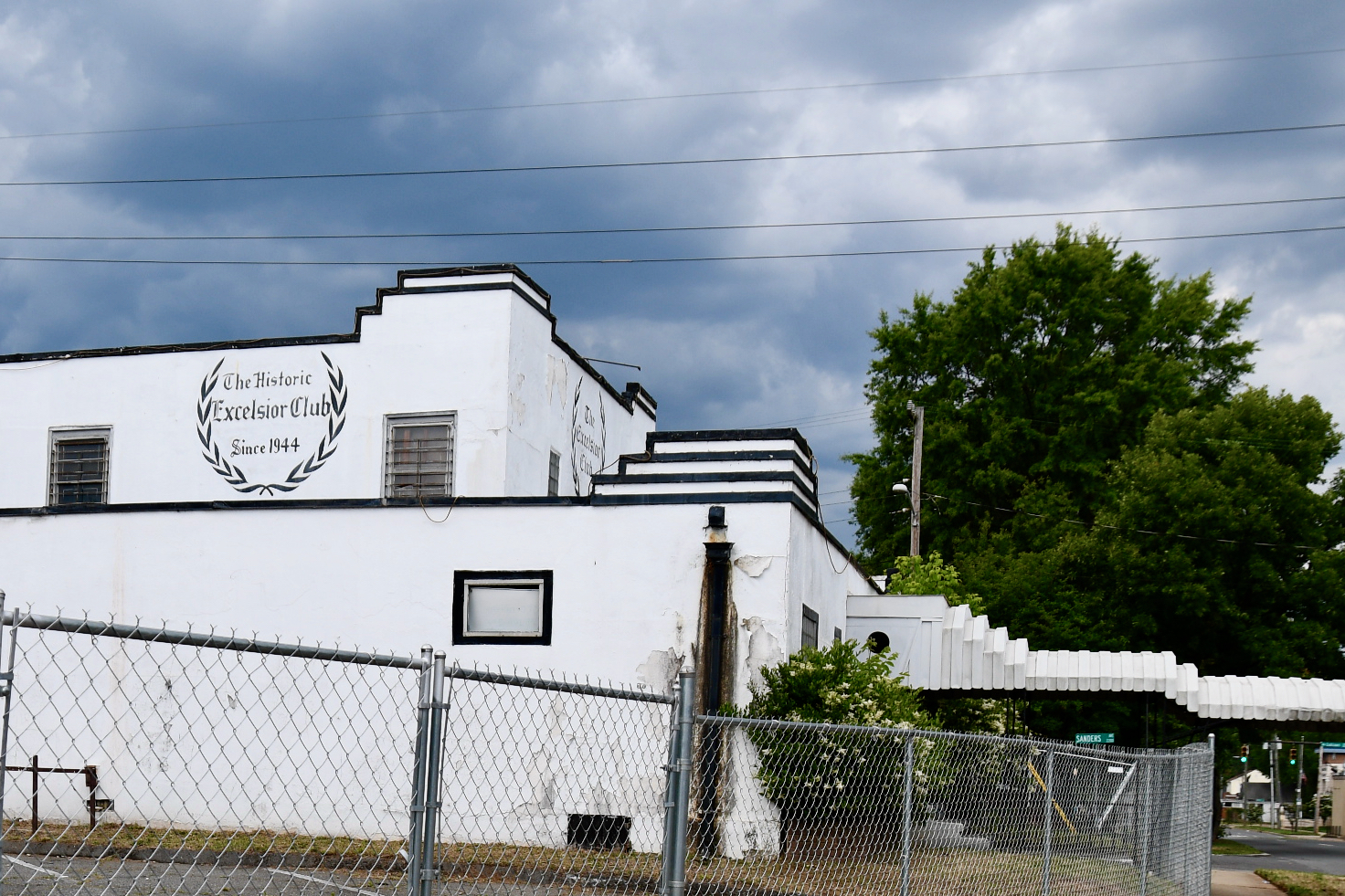 The California-based developer who bought the Excelsior Club with plans to redevelop the property said he wants to recapture the Excelsior’s legacy as a center of Black social and political activity.

“It’s really important that African American politicians can meet there, and all the community groups in the neighborhood can meet there,” Darius Anderson, founder and CEO of Kenwood Investments, said Friday during a virtual update for community members.

Anderson said some events held at the Excelsior would carry no costs for neighborhood groups.

Plans for the site include a boutique hotel, an upscale restaurant and an indoor/outdoor performance area.

Kenwood Investments bought the property at 921 Beatties Ford in January 2020. The Excelsior closed to the public in 2016.

Anderson said that, despite some architectural challenges, he wants to keep the building’s existing structure but would add large windows to the left and right of the entrance to bring in light.

On the left side of the property, where a parking lot currently sits, plans call for an attached, three-floor hotel with roughly 50 rooms. The hotel would wrap around the lot to create a courtyard, which guests could access from the hotel’s second floor. The courtyard would be part of an indoor/outdoor concert area.

A restaurant would anchor the first floor, coupled with a hall of fame of sorts that would feature the faces and voices of some of the famous people who once graced the Excelsior Club — from legendary musicians like Louis Armstrong to politicians like former president Bill Clinton.

Anderson confirmed that Neighboring Concepts, based in the Historic West End and led by Darrel Williams, will head the design team.

Anderson showed conceptional drawing (below) that he described as preliminary. (Click each drawing to expand.)

To make it all happen, Anderson said, the Excelsior will need more space.

He said his firm is working to negotiate terms with the Nelson family, which owns land adjacent to the property. By the time construction begins, he said, he hopes to have a total of five lots.

There’s also the issue of parking.

“The only reason the Excelsior Club survived as long as it did is because of the parking at the Water Works across the street,” Anderson said. “After 9/11, that ended, and it’s not a viable option today. But the city has been very supportive with working with us on options.”

The biggest issue of all: “The building is in terrible shape,” he said.

“It’s nothing that we did, but when the prior owner owned it, everything got stripped out. The floors were removed, all the copper, the electrical, the cabinets, there is literally nothing left of the old Excelsior.”

A massive crack near the front wall, he said, has led to major rain damage, which will make it “very difficult” to save the original structure. Anderson said he remains “one hundred percent committed” to saving as much as they can.

Anderson announced no timeline for construction, nor did he say how much the project would cost. He did say, however, that his firm is open to investors as the project moves forward.

“We believe that this is going to be a really unique offering that I think will be appealing to lots of different folks,” he said. “And we hope that it will go ahead and help simulate and complement a lot of other great development work going on currently on Beatties Ford Road.”

Founded in 1944 by the late Jimmie McKee, the Excelsior Club was once a center of Black social life in Charlotte. At a time when racism and Jim Crow laws kept Black residents out of White-owned establishments, the Excelsior hosted world-famous musicians such as James Brown, Nat King Cole and Louis Armstrong. It was listed in Victor Green’s Negro Motorist Green Book as a safe place for traveling African Americans to visit.

In recent years, the building fell into disrepair and its former owner, state Rep. Carla Cunningham, filed papers in 2018 to have it demolished. Because of the building’s historic significance, the demolition date was delayed for over a year.

In 2019, the National Trust for Historic Preservation designated the Excelsior as one of the nation’s 11 most endangered historic places. The site later was sold to Kenwood Investments for $1.35 million.