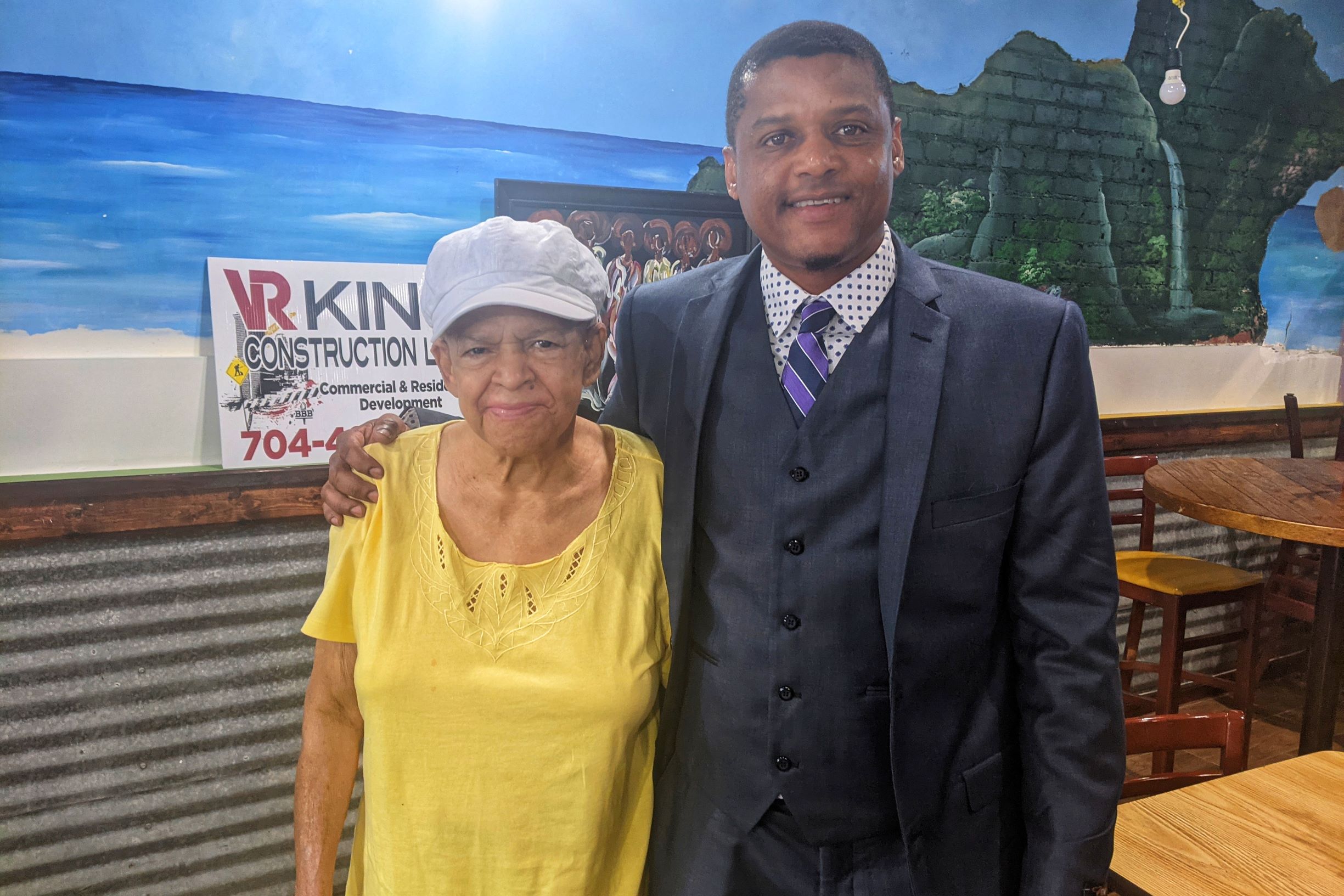 It’s been an exciting week for Charlotte entrepreneur Vinroy Reid. He received the CIC International Entrepreneur Award and shared news that Mama’s Caribbean Grill, the Central Avenue staple popular for its Jamaican cuisine, reopens after a two-month hiatus due to renovations.

A small crowd of friends and family gathered inside the restaurant Wednesday as Mayor Vi Lyles and members of the Charlotte International Cabinet (CIC) virtually presented Reid with the award during the annual Mayor’s International Community Awards (MICA).

Reid, a native of Jamaica, opened Mama’s Caribbean Grill in 2000 at 1504 Central Avenue as a way to connect his Caribbean food and culture to the Charlotte community.

“My vision for this location in Charlotte was to make certain that a piece of where I am from and who I am, was able to reach the community,” said Reid, who moved to the city in 1994. “I come from a place in Jamaica where we get to know who’s in our community. I know that I had to create a space that I could carry on this tradition to share the culture, food and heritage.”

Nominees are people who become U.S. citizens and start a business that makes a lasting contribution to the Charlotte community.

Mama’s Caribbean Grill was part of the early wave of restaurants that helped shape the international flavor of the Central Avenue corridor.

According to Charlotte historian Tom Hanchett, Reid and his restaurant helped give fresh vitality to a street that had a lot of empty storefronts in the late 1990s.

“Today we think of Central Avenue as a corridor rich in international restaurants, markets and bakeries. That was just barely beginning 20 years ago,” Hanchett said. “In 1998, Sladjana and Vlado Novakovic opened Nova Bakery and Pape Ndiaye launched House of Africa about the same time. You could find a Vietnamese restaurant and the Islamic Center of Charlotte, but that was about it as the 2000s started.”

Reid used his trade in construction to launch another company, VR King Construction, and kept the Caribbean community at the forefront through “Caribbean Connection,” a weekly radio show that highlighted Caribbean music, community and culture. His nonprofit, Youth Hope International, mentors teens and exposes them to vocational skills.

“This is all about building community but also to highlight that it takes one person with one vision, but it takes all of us to make it happen,” he said.

Reid’s community involvement led to a two-time run for a seat on Charlotte City Council representing District 5 — in 2017 and 2019 — but he lost both times in the primaries.

Those missing the tastes of Mama’s Caribbean Grill’s jerk chicken, curry goat and oxtail can savor the flavors again when the restaurant reopens on May 17.