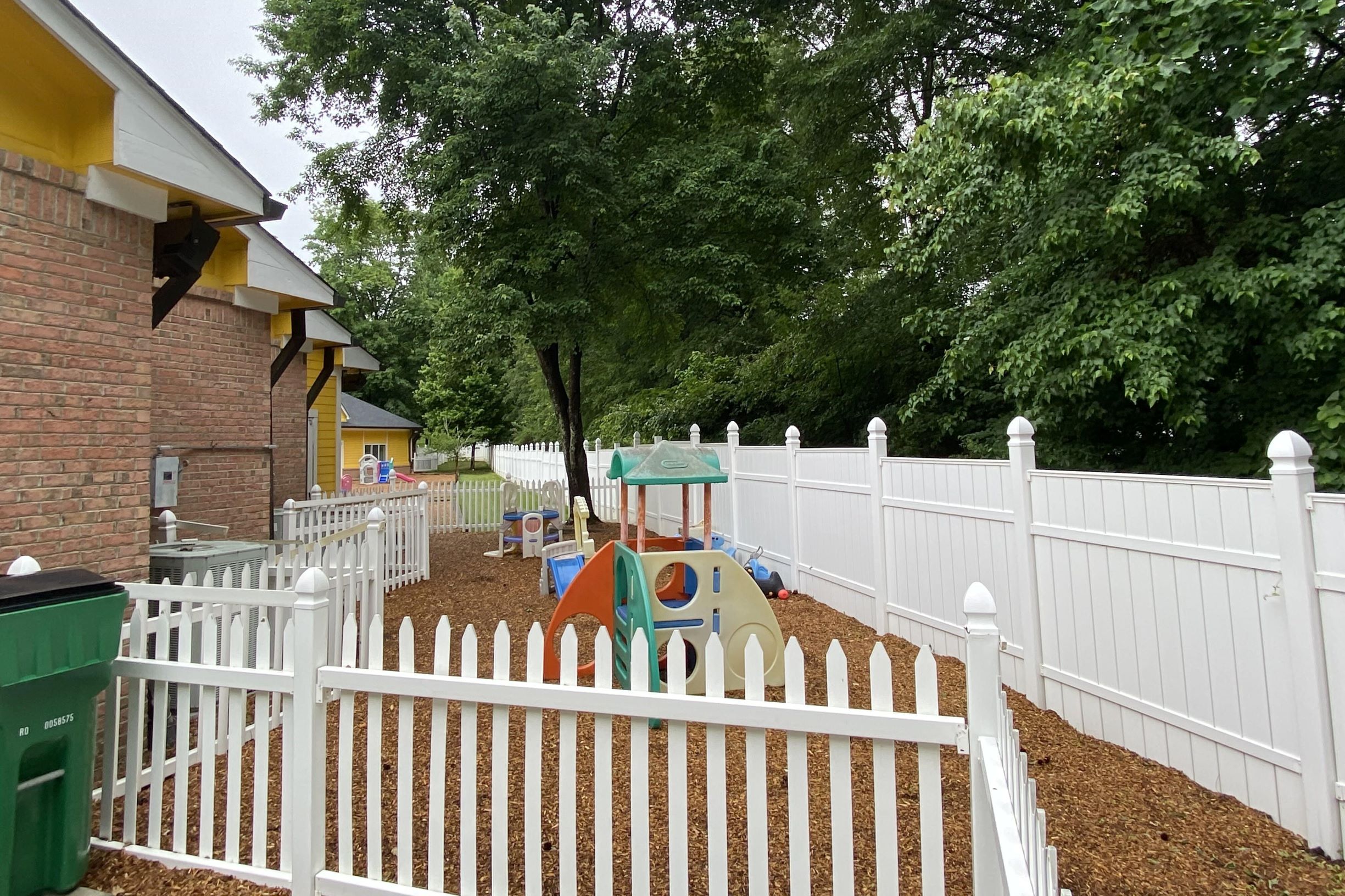 Little Hedgepeth Academy director, Sharon Pitts, says they can’t take in as many children because they’re down on teachers and people aren’t applying to their open positions. Photo: Gracyn Doctor | WFAE

Like many industries, the pandemic has shined a light on the issues haunting the child care industry. The National Women’s Law Center reported a loss of more than 370,000 jobs in the industry in 2020, a third of the child care workforce.

“Enrollment has started to rise,” said Sharon Pitts, the director of the Little Hedgepeth Academy in north Charlotte. “Therefore, there has been more need for workers and staff. We have seen less applicants applying and sending in resumes.”

Although the Bureau of Labor Statistics reported an additional 12,000 jobs to the industry as of April, 1-in-6 jobs still haven’t returned to the field, causing a severe shortage in child care providers.

“Unfortunately, I have had even people calling, looking for child care, saying the other centers have not had availability because they don’t have the workers,” Pitts said.

WFAE called or visited about 20 day cares in Charlotte, Harrisburg and Concord. Every center was at capacity with waitlists of at least 30 families. Each director had a similar explanation: They were down teachers even after months of advertising positions.

As of April, more than 9 million people remained unemployed. Figures from the Bureau of Labor Statistics released last week show an unemployment rate of 6.1%, an improvement from February but still higher than the pre-pandemic rate.

“If you want to recruit and retain a workforce that’s going to provide high-quality and stable care for children, many of whom have been through inordinate trauma this past year with the pandemic, that is a job that requires enormous skill,” Boteach said. “And we’re offering to pay people $11 or $12 an hour to do it.”

Boteach said the whole industry needs revamping, starting with investing in teachers and paying them a livable wage. She also said Black and brown women are being hit from multiple sides regarding child care.

“They are overrepresented in low-paid work and some of the sectors that were hardest hit by unemployment,” Boteach said. “So, retail, restaurants, hospitality — these jobs are very highly a share of female workers and disproportionately Black women and Latinas. And then, as we are recovering and coming back, where we don’t have child care in place, those are a lot of the same women who are really struggling to get and find the care they need for their kids so that they can get back to work.”

But Boteach said this isn’t a new problem.

The pandemic has only exacerbated what’s been happening for a while to Black and brown women. For years, they’ve faced the same issues with child care: not making enough money as a child care provider, not being able to afford child care or find it. So, many Black and brown moms leave the workforce.

Sometimes there are better options, said Cindy Lehnhoff, the director of the National Child Care Association.

“I can make $11 an hour in child care because I didn’t go to school, I haven’t finished my education, or I am going to school,” Lehnhoff said. “I’m trying to raise a family, get a degree and go and work. Or I can go to Amazon, that is just open to my community, and make $15 an hour.”

The American Rescue Plan Act passed in March includes $39 billion specifically for child care, with $24 billion going to eligible child care providers through grants and $15 billion going to the Child Care and Development Fund. This money will go toward addressing what Lehnhoff said are the biggest concerns in the child care industry.

“No. 1 is: We’ve got to make sure that every state is paying enough of the money granted from the federal government to providers to care for children at a high-quality level,” she said.

The funds aim to help child care providers cover the loss of income and, at the same time, help eligible families afford child care by making sure they aren’t spending more than 7% of their income on it.

“No. 2, we have got to make sure that the educators and the caregivers because it’s a combination of both,” Lehnhoff said. “You’ve got educators that are teachers. You’ve got the child care assistants that do more of the care side than the education side. They’ve got to be compensated with a living wage.”

The act calls for $15 an hour and family leave for every educator.

Finally, Lehnhoff says, there needs to be an investment in areas with more children than child care options. Her group’s research show’s 51% of all children in the U.S. live in a child care desert. That means areas where there aren’t enough child care options to serve the families that need it.