All three homes will be moved from other Charlotte neighborhoods to vacant lots on Gilbert Street in Lincoln Heights. 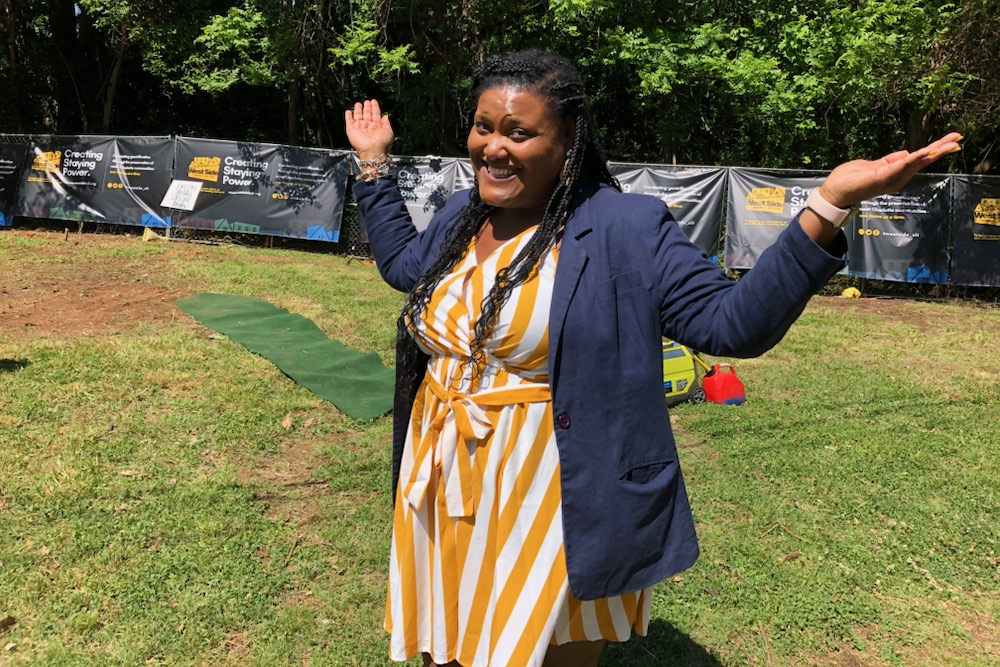 Charis Blackmon was elated. Eighteen months after the West Side Community Land Trust unveiled plans for its first “permanently affordable” home, there she was on Friday with another big announcement.

Three Charlotte families with modern homes they couldn’t use had decided that, rather than having the houses torn down to build from scratch, they would donate the still-useful houses, minus the land, to the land trust that Blackmon heads.

The houses, all under 2,000 square feet, eventually will be loaded onto trucks and moved to vacant lots on Gilbert Street, just off Beatties Ford Road in the Lincoln Heights neighborhood. There, they will be sold to families in need of affordable housing.

The land trust will sell the home, each with three bedrooms and two bathrooms, for about $170,000 — a price point “virtually unavailable” in Charlotte, Blackmon said.

“Right now we have a waiting list of about 70 individuals that are looking to purchase land trust homes,” Blackmon said, “and this is without any marketing.”

She said the land trust’s waiting list reflects the level of need for affordable housing in Charlotte, where the median listing price of homes currently on the market is just shy of $350,000, according to realtor.com.

The West Side Community Land Trust got its start when concerned residents in the Enderly Park neighborhood decided to push back against some of the ill effects of gentrification.

They had seen home prices around them soar, displacing longtime residents and making homeownership unaffordable for working families of modest means.

That’s where the land trust model came in.

A land trust sells homes at below-market prices but retains ownership of the land beneath those homes. The buyer agrees to accept a set rate of price appreciation if the home later is sold. This allows the land trust to buy back the home a below-market rate to keep it “permanently affordable” for future buyers.

Market-rate homes near the Gilbert Street location recently have sold for as much as $350,000, Blackmon said.

The land trust bought the three vacant lots on the open market and will use $117,000 in city funds for site preparation and storm water work.

Gilbert Street sits inside one of Charlotte’s “corridors of opportunity,” a city designation for six underserved communities now slated to receive millions of dollars in various forms of city and private investments. One area of focus is creating and retaining affordable housing.

“This really is an investment in the land-trust mode,” City Council member Victoria Watlington, who attended the Friday groundbreaking, said of the city’s investment in the Gilbert Street project. “Particularly on our corridors of opportunity, land and ownership matter.”

The rate of home ownership near the Gilbert Street site is about 38%, versus 57% countywide, according to the Mecklenburg County Quality of Life Explorer.

Watlington said the Gilbert Street project is an example of what can happen when people get involved in solving common problems.

“We know that we cannot stop gentrification, but what we can do is think of ways to create win-wins,” she said. “So even as investors continue to come into our communities and redevelop the houses, this is a wonderful option that previously was not available.”

The Gilbert Street project is not the first in which the West Side Community Land Trust has moved an existing home to create affordable housing. The first was announced in November 2019, when a 1,500-square-foot home was donated in the affluent Sedgefield neighborhood for relocation to Enderly Park.

A year later, the Harvey B. Gantt Center announced that it had donated to the land trust two “shotgun homes” that once stood at the corner of East Seventh and North Alexander streets in First Ward. The historic homes were moved to two parcels of land in the Lakeview neighborhood, where the land trust was preparing to pilot an “accessory dwelling unit” (ADU) model.

At Friday’s dedication, two of the families that donated homes for the Gilbert Street project spoke of how they had bought the homes with an eye toward remodeling but later realized that building from scratch would be cheaper or better suit their needs. So rather than having the houses torn down, they said, they decided to dedicate them to the land trust.

Blackmon, executive director of the land trust, said the organization is eager to work with other such homeowners.

“What we found is that, with all the development that’s happening in Charlotte, there are a lot of people that are looking to demolish their homes, and this is the way to save them money to prevent the home from going into the landfill, which is tons of debris,” she said. “And then it also subsidizes down the cost of the house for us, so it’s cheaper to be able to move the house [and] renovate it than it is for us to build new construction.”