The grant is part of Wells Fargo’s $3.2 million pledge to address economic mobility and racial equity. JCSU is one of nine recipients. 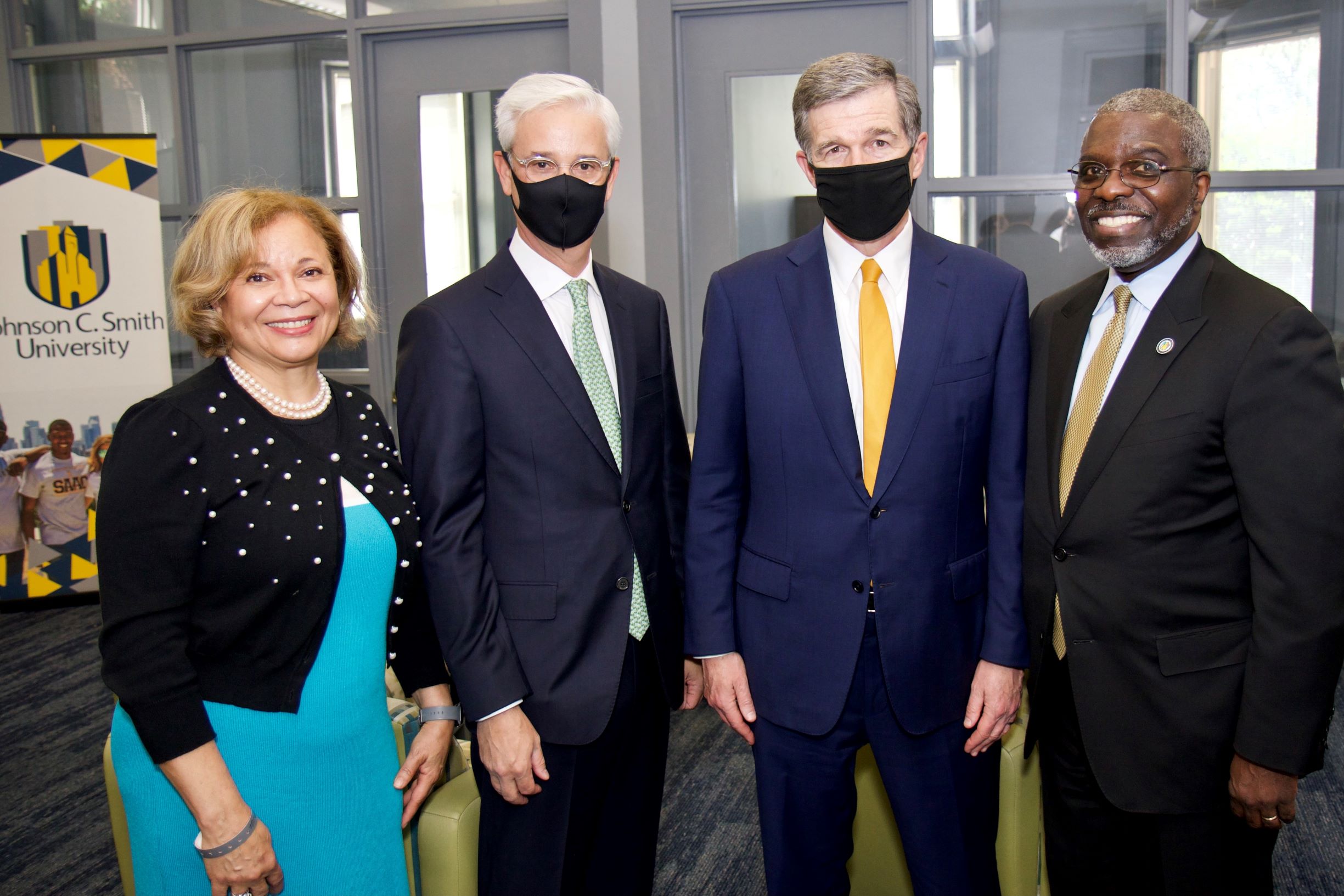 Wells Fargo CEO Charlie Scharf announced a $1 million grant to JCSU that will provide scholarships, financial health education and credit score development for students majoring in business and those with aspirations of entrepreneurship.

“It is evident that HBCUs play a critical role in the advancement of economic mobility for many Black Americans not just here in Charlotte but across the nation,”JCSU President Clarence Armbrister said during Wednesday’s presentation at the school’s Biddle Memorial Hall.

“Given the challenges our country and our Historically Black Colleges and Universities continue to face, it is crucial that we support Johnson C. Smith University and institutions like it that are focused on advancing minority communities and diverse small businesses,” said Rep. Adams, who co-chairs the Congressional Bipartisan HBCU Caucus.

Central Piedmont Community College’s Small Business Resource Center received a $625,000 Open For Business grant — the first in the state, according to Scharf — to focus on technical assistance for underrepresented small-business owners in the region.

The latest pledge adds to a broader commitment the San Francisco-based bank has put forth to support economic growth in Black communities. In March 2020, just as the Covid-19 pandemic was taking hold, Wells Fargo pledged to invest up to $50 million to help strengthen Black-owned banks, or minority depository institutions (MDIs). Bank officials recently announced equity investments in 11 Black-owned banks — six were identified in February — as part of that larger pledge.

Self Help Credit Union and M&F Bank, two of the MDIs that are receiving funding from Wells Fargo, have branches on Beatties Ford Road.