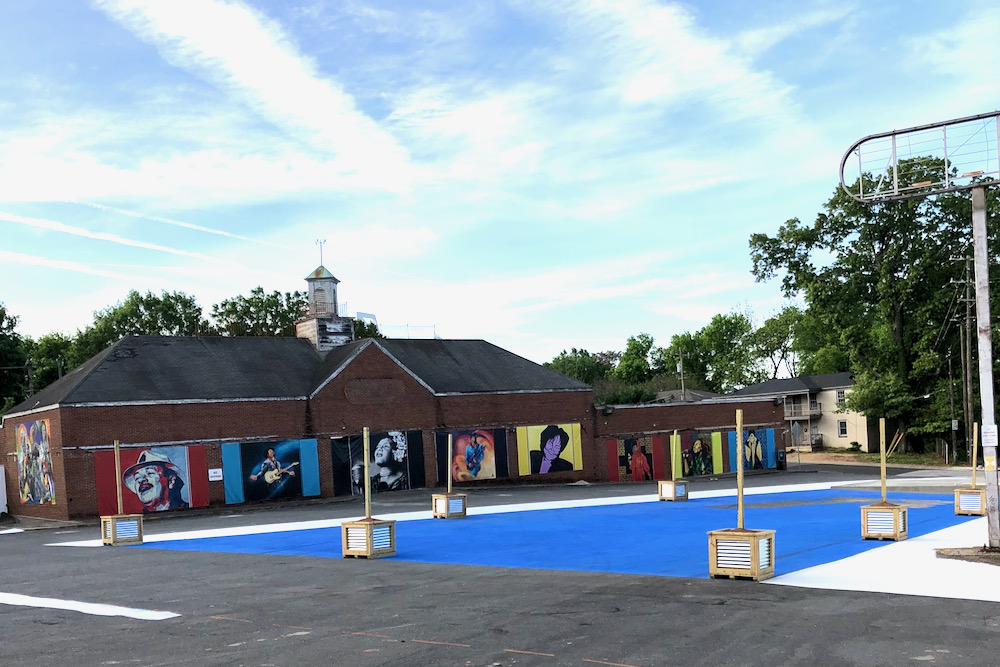 As a gift to one of its primary beneficiaries, the Duke Endowment has agreed to transfer ownership of a 1.8-acre tract of land on W. Trade Street to Johnson C. Smith University, QCity Metro has learned.

The property, in the 1600 block, once housed an A&P grocery store. The land and vacant building have a combined tax value of $1.7 million, according to county records.

A source familiar with the matter said the transfer could be completed within days.

JCSU President Clarence Armbrister, through a spokesperson, declined to comment last week, citing the pending nature of the transfer. The Duke Endowment also declined to discuss its plans for the property, which sits about two blocks south of the JCSU campus.

The decision to transfer the property to JCSU was motivated, in part, by Duke Endowment’s desire to see the land used for community-focused and community-centered projects, according to the source, who requested anonymity to discuss the transfer.

The Duke Endowment is JCSU’s largest benefactor. In 2011 it announced a $35 million grant to support the university’s science and scholarship programs and for facility improvements.

The university’s long-term plans for the site are unknown, but later this month, a temporary, outdoor events space will open there. That project, still unnamed, would transform a large parking lot into a space for food trucks, community gatherings, pop-up markets and a performance stage. That usage would continue through October.

“This activation will feed the community and also be a way to house some of our cultural programming that we are missing out on due to covid-19 and just a lack of space and support on the west side,” said Quintel Gwinn, the project’s community manager.

One day last week, Gwinn, an interior and spatial designer, was on the site sketching where picnic tables and canopies will go and imagining how strings of lights might look from various angles.

Not far away, construction workers were putting down blocks for a performance stage, which is expected to host dance groups, open mic events and poetry performances.

Gwinn said the space will be branded in a range of blues and yellows, a nod to JCSU and its historical role as a community anchor.

HotBox Next Level Kitchen, led by Chef Michael Bowling, will be the main attraction of the outdoor activation.

Bowling had long wanted to bring his Concord-based concept, housed inside of Southern Strain Brewery, to the Historic West End, but he couldn’t find an affordable space, he said.

“Funding is the number-one hurdle for young African American chefs,” he told QCity Metro. “A lot of restaurants are privately funded, and the banks don’t touch restaurants.”

Bowling said it will cost about $100,000 to operate an outdoor kitchen on the site.

The rest of the money, about $60,000, will be financed by Bowling; his sister, Joy Bowling; and a private investor, he said.

Bowling said the HotBox West End menu will include dishes inspired by his love for global cuisine — a Meditteranean shrimp bowl, rice and beans, his signature All-American burger, a Cuban sandwich and chicken wings.

“We brine the wings for 24 hours, smoke them, fry to crispy, then finish them with our dust,” he said.

Bowling said his outdoor kitchen will be open from 11 a.m. to 9 p.m.

“We want people to be sitting at their desk in uptown to go online, order from HotBox West End, jump on the new trolley line, jump off, pick up their food, go back to their office, or they can have a seat at our lovely picnic tables. The same for dinner,” he said.

Bowling said he wants to someday open a brick-and-mortar restaurant in the neighborhood. “Hopefully it will be on the A&P site, but we don’t know,” he said.

If the land transfer is completed, JCSU will take ownership of the former A&P site at a time when Historic West End is seeing significant amounts of private and public investments.

The Charlotte Area Transit System (CATS) is putting the finishing touches on its CityLynx Gold Line streetcar. When completed, the $150 million, 10-mile project will connect east and west Charlotte, going from Johnson C. Smith University to uptown, through the Elizabeth neighborhood and ending at the Hawthorne Lane Bridge.

At the intersection of Beatties Ford, Rozzelles Ferry Road and W. Trade Street, an area known as Five Points, the city is completing construction of what will be known as Five Points Public Plaza, a $5.5 million gathering space for West End residents. The plaza will include a small amphitheater, a splash pad, outdoor seating and public art. The site is expected to open by October.

Just beyond the plaza is 1800 Rozzelles Ferry Road, a newly renovated building where three retailers — a pizza restaurant, an ice cream store and a pharmacy — are in various stages of opening.

Farther down the corridor, at Beatties Ford and Lasalle Street, workers are renovating a building where JP Morgan Chase and Black-owned bakery BW Sweets are expected to be tenants.

“New businesses are coming,” Gwinn said. “There’s a lot of energy here, and we hope to be that gateway introduction coming up the corridor — a place where there is some entertainment happening, cultural vibes and fun.”

She added: “This is a way to activate the west side in a way that invites the rest of Charlotte to check us out — come over here, come kick it with us, come experience great food and culture.”