Homicide detectives are investigating a shooting on Saturday that left a 15-year-old boy dead and another juvenile wounded. The Charlotte-Mecklenburg […] 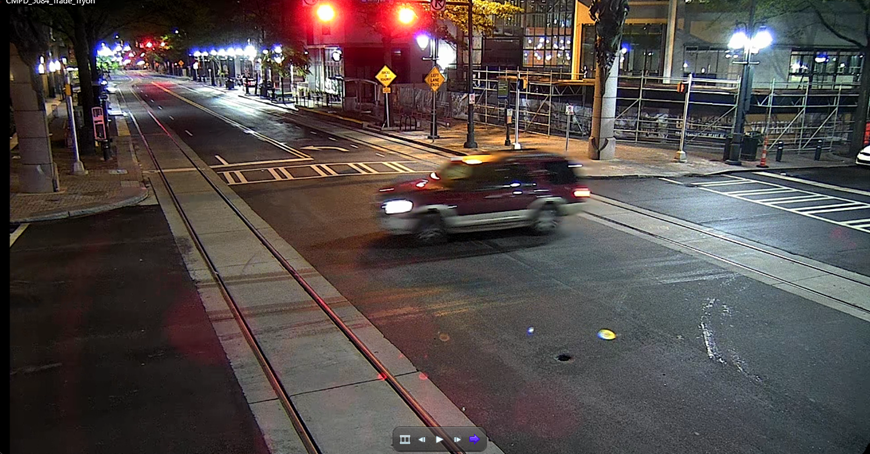 Police say the driver of this burgundy and tan Ford Expedition struck a woman in uptown Charlotte then left the scene. The woman later died. (Photo: CMPD)

Homicide detectives are investigating a shooting on Saturday that left a 15-year-old boy dead and another juvenile wounded.

The Charlotte-Mecklenburg Police Department identified the deceased victim as Shamareon McKinney. The second juvenile was treated at a hospital and was expected to recover.

The shooting was reported shortly after 3 p.m. near the 2800 block of Tuckaseegee Road. The authorities released no details about a motive or suspect.

Also on Saturday, CMPD reported a fatal hit-and-run at the intersection of Trade and Tryon streets in uptown Charlotte. The authorities identified the victim as Fran Kelly, 36.

According to the initial report, Kelly was struck by a burgundy and tan Ford Expedition as she was attempting to cross a street. “The driver of the Ford failed to remain on scene and failed to contact 911 to report a crash,” CMPD said in a statement.

Kelly was taken to a hospital where she later died. The police released an image of the suspect vehicle, which was photographed by a surveillance camera.

In other crime news:

Twenty-four-year-old Ashford Trokon Peal Jr. was shot and killed Friday in east Charlotte. CMPD said the shooting happened shortly before 12:45 p.m. near the 8700 block of Parkland Circle. No arrest was announced.

Anyone with information about these cases is asked to call 704-432-TIPS to speak to a homicide detective, or contact Crime Stoppers at 704-334-1600 or http://charlottecrimestoppers.com/.