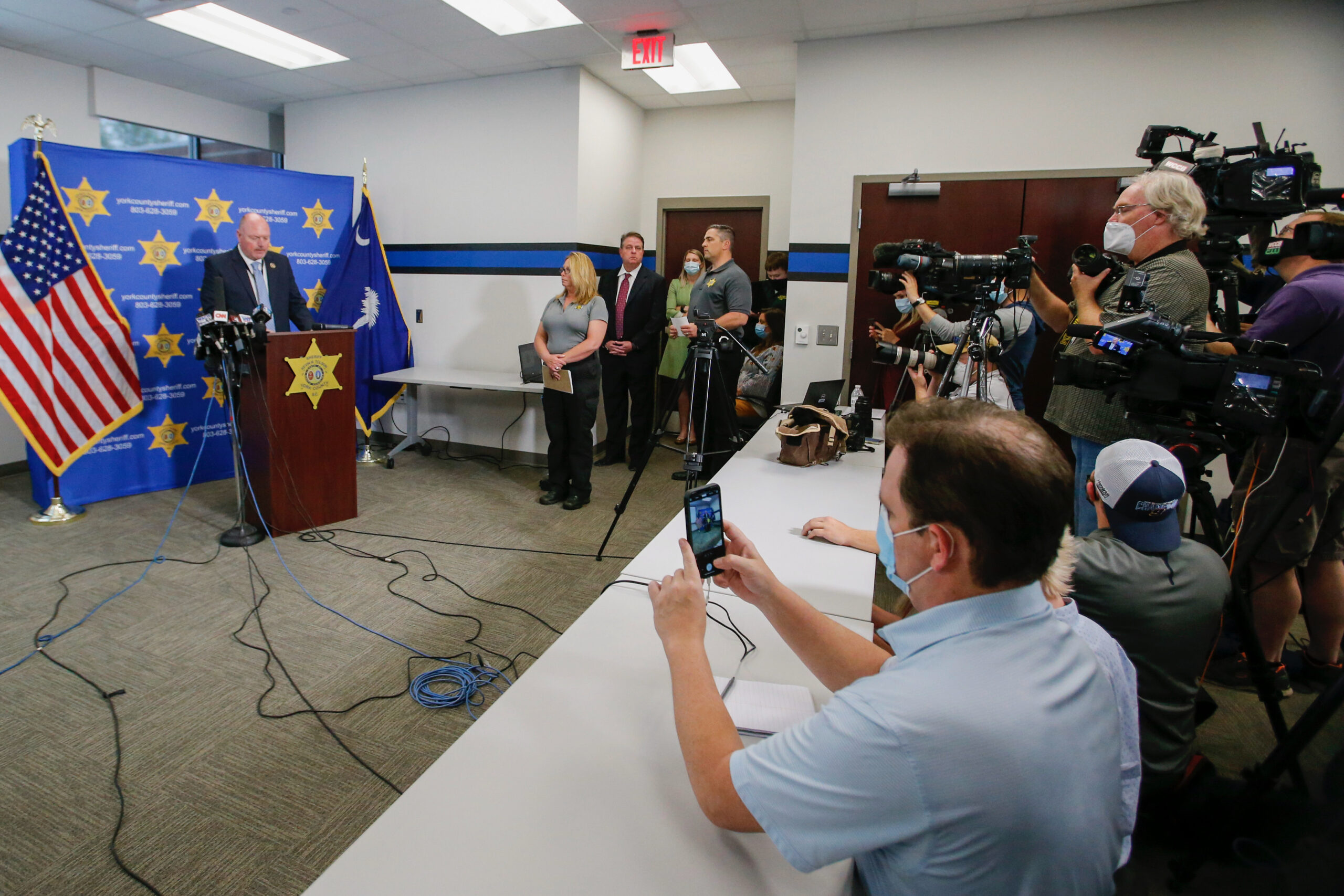 Former NFL player Phillip Adams, a suspect in Wednesday’s mass shooting in Rock Hill, took his own life late Wednesday as law enforcement officers closed in to arrest him, according to authorities in York County.

The officials said that Adams, 32, was being sought on suspicion that he killed a prominent Rock Hill physician and three members of the physician’s family, including two children. Another person who was working at the doctor’s home also was killed. A sixth victim survived the shooting and was being treated at a Charlotte hospital.

The authorities identified the victims as Dr. Robert Lesslie, 70; his wife, Barbara Lesslie, 69; and two of their grandchildren, Adah Lesslie, 9 and Noah Lesslie, 5. James Lewis, 38, who worked for the family also was killed.

At 4:45 p.m. Wednesday, York County Sheriff’s deputies were sent to a home in the 4400 block of Marshall Road in response to a report of a possible shooting involving multiple people. When deputies got there, they found five victims.

A manhunt ensued that stretched into the night and included police helicopters and law enforcement agencies from around the state. Early Thursday, the sheriff’s office announced that it had identified a suspect but did not release a name.

York County Coroner Sabrina Gast later identified the suspect as Adams, a Rock Hill native who played football for Rock Hill High School and South Carolina State University before he was taken in the seventh round of the 2010 NFL Draft.

Gast told the Rock Hill Herald that Adams is believed to have shot himself early Thursday after police surrounded his family’s home, which is near the scene of the shootings.

As of late Thursday, the sheriff’s office had offered no possible motive for the killings.

‘We are all shocked’

According to published reports, Robert Lesslie has practiced medicine in Rock Hill since 1981. He previously served as chief resident at Charlotte Memorial Hospital (now Atrium Health Carolinas Medical Center) and worked as medical director of the emergency department for almost 15 years at Rock Hill General Hospital, according to his biography from his medical practice.

“Dr. Lesslie has been one of those people that everybody knows. He started Riverview Medical Center in Rock Hill and it has been a staple in Rock Hill for years,” York County Sheriff Office’s spokesperson Trent Faris said during a media briefing.

Lesslie and his wife were married for more than 40 years, had four children and eight grandchildren, according to published reports.

“We are all shocked this could happen here in York County,” Faris said. “This is a mass shooting. Normally you think of a movie theater or a mall, but we are treating this as a mass shooting because there were five victims killed.”

Lewis, who was a service advisor for Gaston Sheet Metal Works Inc., had been working on the Lesslie’s HVAC system at the time of the shooting, authorities said. During a media briefing Thursday afternoon, York County Sheriff Kevin R. Tolson identified the sixth victim, reported to be in serious condition, as Lewis’ work partner, technician Robert Shook.

Update: Shook succumbed to his injuries and died on Sunday.

This Story is Tagged: Homicides